Celtic are interested in bringing Jason Denayer back to Parkhead before the transfer window shuts. The Manchester City man spent the 2014/15 season on loan with the Bhoys and could be set for a return, with Brendan Rodgers looking to bring in defensive reinforcements.

Denayer's impressive form while in Scotland resulted in him winning the PFA Scotland Young Player of the Year award.

Rodgers' hand has been forced this week after a deal to sign Rivaldo Coetzee from Ajax Cape Town collapsed due to the player failing a medical.

Denayer spent time on loan at Sunderland last season and impressed, even though the Black Cats were relegated.

Celtic face competition from the likes of Galatasary – who previously had the Belgian on loan – Girona – a club City have close ties with – Arsenal and Inter Milan. Rodgers has reportedly approached City over a deal which he hopes to push through ahead of tomorrow's transfer deadline.

Denayer would be the second City player to join the Scottish Champions following on from Patrick Roberts' arrival in the capital this week.

Denayer's arrival would round off a solid window for Rodgers and the recruitment team, having added Olivier Ntcham to their ranks and kept hold of Moussa Dembélé.

A move to Parkhead is now a 2.7 on our transfer index and is definitely one to watch over the next 24 hours. 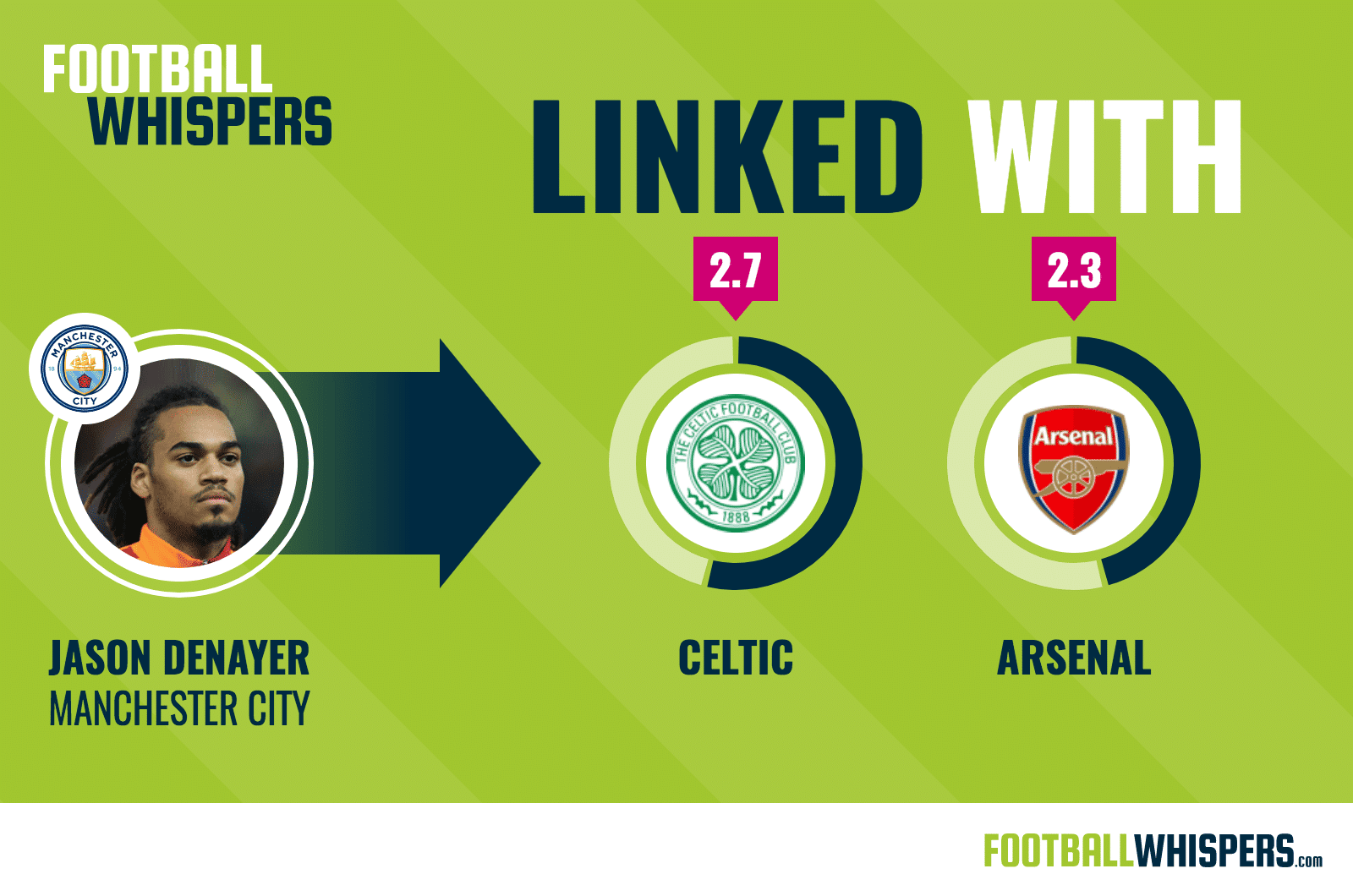