If there's one thing West Bromwich Albion boss Tony Pulis can be considered an expert on, it's how to build a resolute side around a wall-like back four. It was his calling card at Stoke City, it was what he did to keep Crystal Palace in the Premier League, and a well-drilled defence is once again the centrepiece of a Pulis side at West Brom.

Pulis is, perhaps unfairly, seen as a manager who can only take a club so far; Stoke were more than grateful for the work he did in establishing them as a Premier League club but, ultimately, they aspired to play a more eye-catching brand of football, of which Pulis represents the polar opposite.
And following last season's respectable 14th place finish, there were murmurings around the Hawthorns that, although he has by no means done a bad job since taking charge in 2015, were Pulis to be moved on this summer, few would miss him and his over-simplified, unattractive tactics.
But there seems to be no real sign of any such change, and Pulis is setting about tweaking his squad in an attempt to prove that he can offer more than lower-mid-table security, he can push on and make true progress.
And high on Pulis' agenda, it would seem, is further defensive reinforcement — quelle surprise! 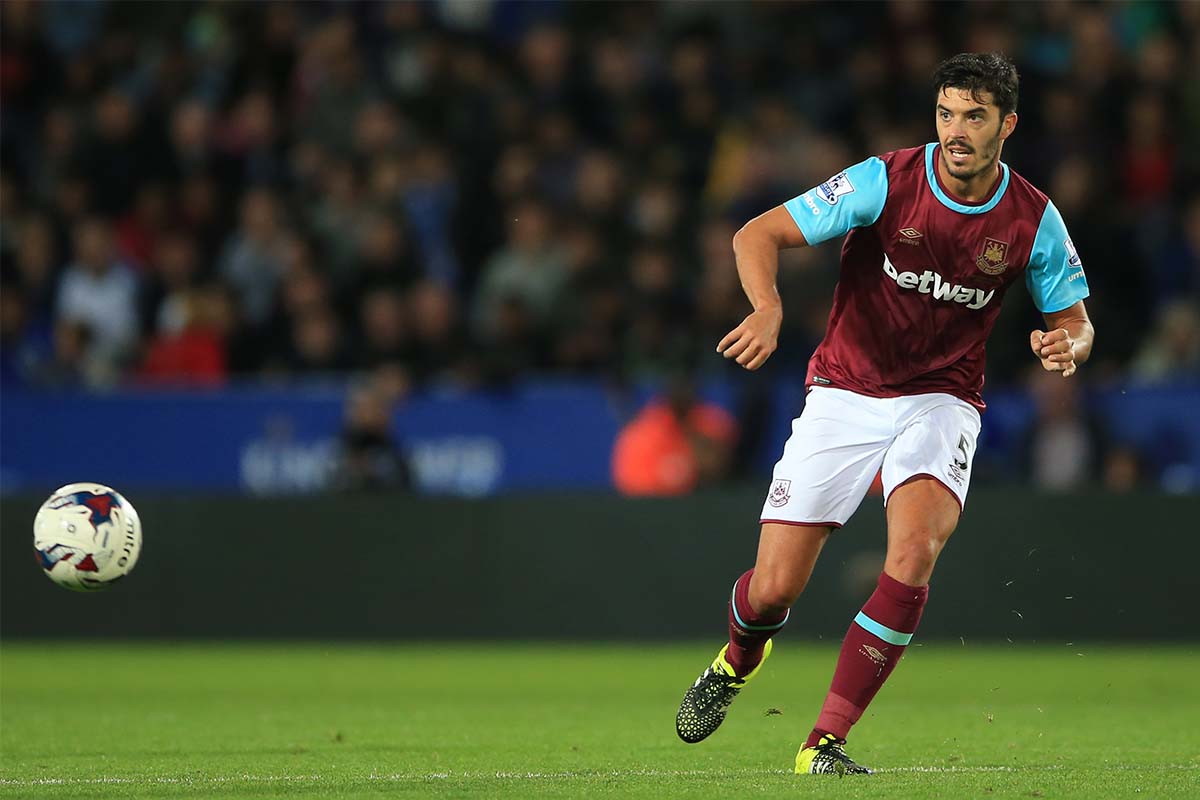 West Ham United's James Tomkins is the man Pulis has earmarked to bolster his back-line, as the 58-year-old former Bristol City manager is weighing up a bid for the versatile defender. Pulis also faces competition from his old club Stoke in the race to sign the 27-year-old Hammer, as HITC reports: “Premier League duo Stoke City and West Bromich Albion have both made enquiries to West Ham United over James Tomkins, HITC Sport understands.”
“HITC Sport can confirm that Stoke and West Brom have made contact with the Hammers, whilst there is also interest from Crystal Palace, Sunderland and Southampton.”
The Football Whispers Index has given the rumour a score of 2.9 out of five, suggesting that, although not necessarily unlikely to happen, a  move to the West Midlands for Tomkins may yet be a little way off.
Tomkins played 32 times across all competitions for West Ham last season, scoring four goals, and it is understood that he is still very much part of manager Slaven Bilic's plans.
However, Billic does not necessarily consider Tomkins his first-choice central defender, and the former England under-21 international spent more time at right-back during the last campaign than in his preferred central berth.
For this reason, Tomkins may well be willing to consider a future away from West Ham, as the club move into their new Olympic Stadium home. Basildon-born Tomkins has been with the club since he was seven years old, so any decision to part ways with the club will not be taken lightly.
Stylistically, Tomkins would be a great fit for Pulis and West Brom. Standing at six-foot-three-inches tall, the Englishman has all the requisite physicality required of a Pulis defender, and his ability to play anywhere across the back-line would be a prized asset within the Hawthorns.
Though comfortable on the ball — Tomkins had an impressive 79% pass-completion rate for the entirety of last season per WhoScored.com — whether utilised as a full-back or at centre-half, Tomkins is a defender first and foremost. This is something that Pulis is known to value and is evidenced by his propensity to deploy centre-backs in the wide defensive positions — you'll find no Dani Alves or Marcelo-type flying wing-backs in a Pulis team.
Though leaving West Ham at a time when they appear to be moving forward as a club may be a wretch for Tomkins, if he were to end up at West Brom, he'd find himself at another club looking to take a leap forward, and he'd be a key figure in helping them do so.