“I can’t assure you I’ll continue here,” James Rodriguez told reporters after Real Madrid’s penalty shoot-out victory in the Club World Championship. “I have some offers [on the table] and seven days to think about them.”  Suddenly there wasn’t only smoke but actual fire in the ‘will he, won’t he?’ saga surrounding the Colombian international’s future.  Needless to say the reaction to his outburst hasn’t been great.

Sources close to the club feel this was something James had planned beforehand should he not feature in the final, a calculated move to put pressure on the club – and manager – to either use him more often or sell one of their star players in January.

Sergio Ramos, the club captain, said it wasn’t a day for personal questions and while he publicly stated he wanted James to stay he was clearly bothered by the timing of his teammate’s comments, believing everyone should be celebrating another title win instead of discussing a possible transfer. 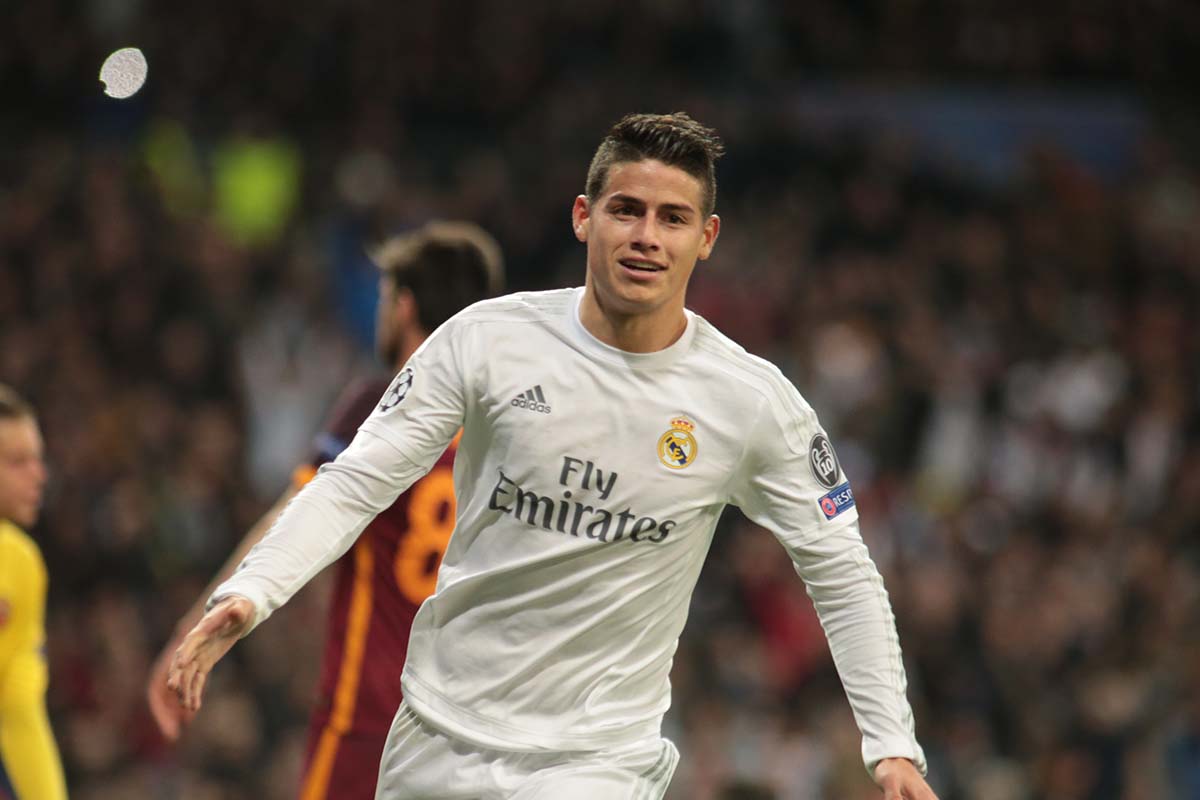 It’s a dangerous game for James to play considering Ramos is one of the most influential figures at the club, this on top of upsetting both the coach and president who have continually backed Rodriguez as a key member of the squad. Well, now they might have changed their minds.

Perhaps it is merely a coincidence that James spoke about offers in the same week that Chelsea’s Oscar confirmed he was likely on his way to China for a huge fee. Logically you’d assume the London club wouldn’t sanction such an exit unless they had someone in place to come in, someone who might cost as much, if not more, than the fee received for Oscar.  James fits that bill.

The most obvious question then would be as to whether James fit into the current Chelsea system under Antonio Conte or not.  The switch to three at the back with two wingbacks who can charge up and down the line all day limits where James could be deployed.  He isn’t capable of being one of the wide men at Chelsea and frankly it’d be a waste of his talent to ask him to fulfill that role.

He’s also unable to be one of the middle two that tend to sit and protect the defence, who drop back to fill the gaps left by the marauding full-backs.  The energy levels both N’Golo Kante and Nemanja Matic possess are key to Conte’s system and James would be a luxury that area cannot offend to carry, similar to how his role in the midfield in Madrid diminished.

Under Carlo Ancelotti’s time at Real Madrid, where he was deployed as a focal point of the midfield behind the impressive ‘BBC’, he dropped into the pockets of space left behind by those three and caused damage.  Fed a constant supply of balls by Luka Modric and Toni Kroos, the South American star looked every inch the €80m it cost to bring him to the club.

The problems began when teams packed the midfield and nullified the support to James and naturally, with the BBC untouchable, it was he who had to make way for a change in tactics under Rafa Benitez. Casemiro came in to anchor the midfield to allow Modric and Kroos to supply the front free, essentially cutting out the middle man, and leaving James very much as back-up. Zidane maintained the same system when he took over. 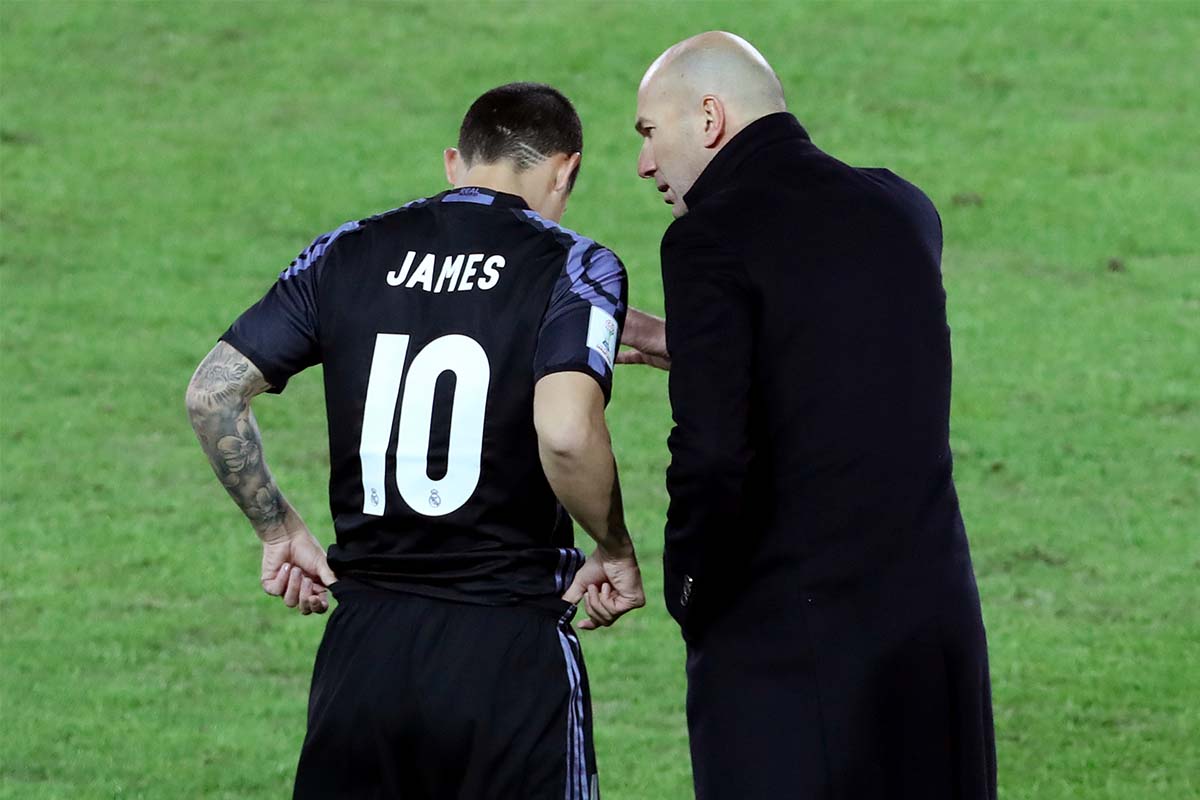 So the only place that you could add James without sacrificing the clearly already working formation would be in the positions just behind Diego Costa, at the moment occupied by Eden Hazard and Willian.  These roles require a lot of hard work too but one misconception with James is that he doesn’t pitch in, get his hands dirty, which simply isn’t the case.

You’ll notice that against Deportivo de La Coruña in his last start for the club, he was often the man to link the defence and attack; dropping deep from his wider role to influence matters more centrally. And in his limited playing time this year he’s managed to clock up two goals and nine assists which isn’t shabby, although it is worth pointing out that one of his goals and four of his assists came in the Copa del Rey against lower league opposition.

If he’s brought in at Chelsea then he’d certainly be able to dictate matters in a more natural, central role creating space for those willing runners down the wing.  Deceptively strong on the ball, the physicality of the Premier League shouldn’t be an issue like it has for other new recruits in the past.  He’s learnt his trade in Portugal as well as in France so is battled hardened in that regard, plus we all know how competitive World Cup Qualifiers can be in South America.

Chelsea would be adding guaranteed goals and assists to their team as well.  Diego Costa is having a fine start to the season and with Hazard finally showing the form that saw him become a target for the likes of Real Madrid a couple of years ago, he’d be a welcome addition in both supplying those two as well as finishing off chances himself.  He’s scored 21 goals and provided 23 assists in his 63 games to date for Madrid, not bad numbers at all.

The biggest obstacle to this move happening perhaps isn’t the potential transfer fee it would cost to bring James in, or whether Madrid would sell or not – as I think they would as long as they got back most of what it cost to sign him in the first place.  The issue is the transfer ban hanging over the Spanish giant’s head.  The loss of James would lower the quality of the squad but the inability to reinvest that money would be even more frustrating.

A decision as to whether their transfer ban will be upheld or not is expected to be announced before the new year and that could have a telling impact on whether Madrid would be willing to do business.  Should the situation remain uncomfortable then it might be suggested, even with a ban in place that selling the Colombian would be a wise choice as it’d then give Isco a more prominent role in the squad.

Although if we are to believe James and that he’s already got offers on the table, it’d suggest the club are listening to offers – and his move to the Premier League could happen as soon as next month.