Could it be the end for Jack Wilshere at Arsenal? After that performance against Barcelona as a teenager in the 2011 Champions League, his time could finally be up at the Gunners if rumours are to be believed.

The latest whisper to watch focuses on rumours of a move to rivals Manchester City, where the former Barca manager Pep Guardiola is said to be keen to add the midfielder to. (It’s also rumoured that he’s interested in Hector Bellerin.)

After bursting onto the scene for both England and Arsenal in 2010, the future looked bright for Wilshere. At the age of 19, it seemed like he had the world at his feet. His form led to manager Arsene Wenger naming the player as the youngest Arsenal skipper of all time, hinting that he had the potential to fulfil the role for England in future.

Wenger wasn’t the only manager to show his admiration for the classy midfielder along the way. Wilshere was heralded as the future of English football by Fabio Capello, and for a time it looked like there was no limit to his ability. Here’s what Capello had to say in 2011:

“He will be England captain one day; Jack Wilshere needs more caps but he is a real leader. I saw how he spoke with the referee and how he spoke to the other players. It is difficult to find someone so young with such a big personality. I remember two defenders, Paolo Maldini and Franco Baresi, and one attacker, Raul, who was 19 at Real Madrid, but for personality and confidence on the pitch, he is the best young midfielder I have seen for his age.” 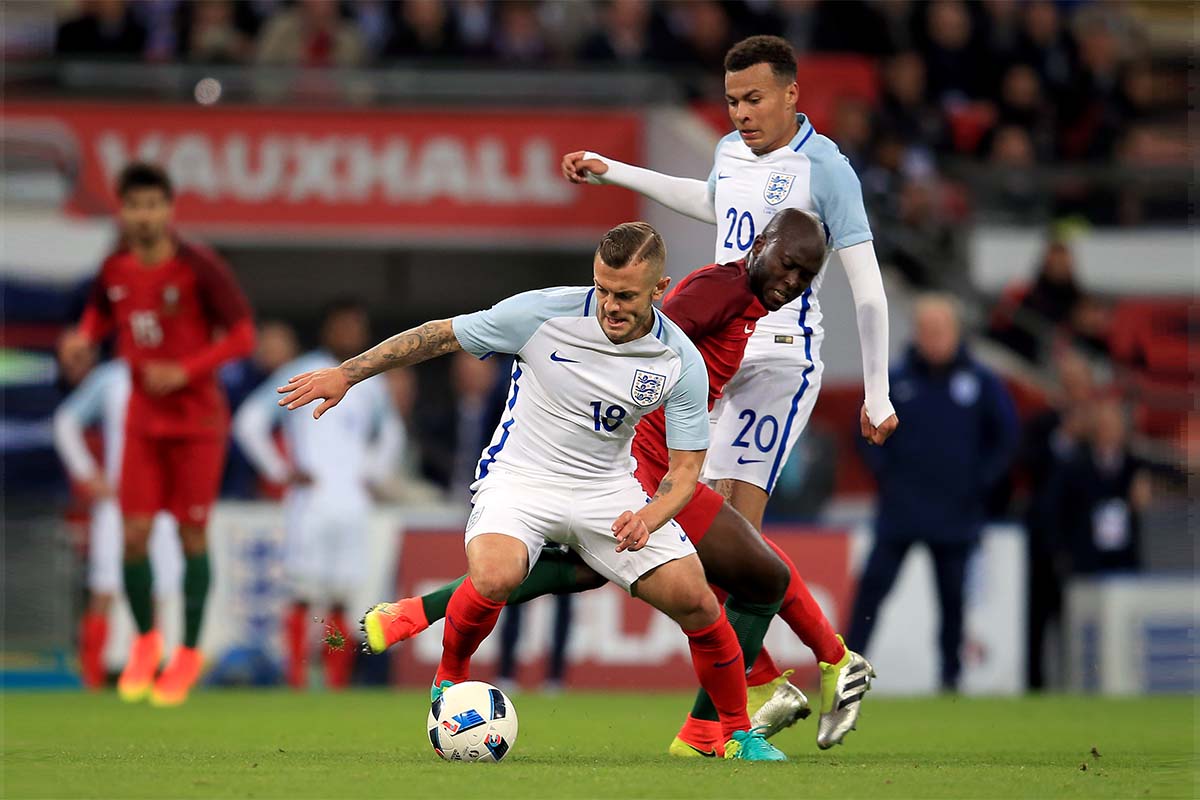 2010-11 marked the last time he was able to complete a full season, and it’s been frustrating for both the player and the supporters. It’s served to impede any chance of progression, and it’s left some questioning whether he’s able to stand up to the rigours of a full Premier League season once again.

He made only a handful of appearances for club and country this season, and it’s a real worry that injuries may have taken their toll on his somewhat fragile frame.

He’s now 24, and after numerous injuries it’s unclear whether he will be able to reclaim his starting spot at Arsenal. The move would mark a chance for the player to learn from another of the greatest managers in the game, and it would potentially allow him to kickstart his career after the Euros if he continues to stay fit.

The signing of Granit Xhaka could be another nail in the coffin for the midfielder, with yet another player to compete with in an Arsenal midfield which is already more stuffed than a clown car. An index score of 3.9 suggests that there’s a good possibility that there could be some truth to the rumours, and it could also be a good move for the player when he considers his options.

Wilshere still has two years left on his Arsenal contract, but he must feel as though Man City offer a better chance at offering silverware when you factor in their new manager and intentions to take the league (and Europe) by storm.

He only has a couple of FA Cup medals in his trophy cabinet so far, and Samir Nasri and Gael Clichy are just a few of the Arsenal players who have been happy to move to the blue side of Manchester in the past. Wilshere clearly has an affinity with the North London club, but is he willing to stay if it’ll be easier to earn both trophies and playing time in Manchester?

The Citizens also need to ensure that they keep up the English contingent at the club to follow UEFA rules, so it makes sense to move for a player with Champions League experience, and he still has the ability to make good on his early potential.

Would he be able to get games at City? He’ll want to avoid the fate of Fabian Delph last season, but it’ll arguably be easier to stake a claim for a place in the City squad. The move could reignite his career, while it would be better than the alternative if he’s unable to move past some of the more reliable players in the squad.

Considering his relationship with the Gunners, it would be a shame to see Wilshere leave the place he’s called home since 2001. Arguably, it wouldn’t make sense to let him go. Sure, he’s suffered from injuries and setbacks over the last few seasons, but he still has a lot to prove, and he could be given another chance to show just what made everybody so excited all those years ago.

Euro 2016 will also be a great chance for the player to show his worth, and he’s promised to repay the faith shown in him by manager Roy Hodgson. He’s keen to show that he’s still the same player, and in many ways it’s a shame that he hasn’t progressed from those appearances that took Europe by storm half a decade ago.

Man City, Arsenal and England will be hoping that he’s still able to provide the goods, while it means everything to the player himself. Wherever he ends up, he needs to stay fit, and keep playing. The authenticity score only stands at 52/100 at the moment, so it remains to be seen whether a deal can be worked out between the two clubs.

Make sure to keep checking the index to keep up to date with the latest Arsenal rumours. Would the move be good for the player? Should Arsenal say goodbye to the homegrown jewel in their midfield crown?