Jurgen Klopp’s Liverpool revolution is underway. The German arrived in the Premier League to be touted as a tactical mastermind and warrior-coach capable of dragging an underachieving club back to the top of English and European football. His first seven months in charge were impressive, resulting in runs to the finals of both the League Cup and Europa League. Both ultimately ended in defeat, but the progress was evident.

Now, after a quiet January, the real changes have begun. The summer transfer window is open and Liverpool aren’t wasting time in bolstering their squad for next season; already the signatures of promising German goalkeeper Loris Karius, Cameroonian international centre-back Joel Matip and highly-rated Serbian prospect Marko Grujic’s have been confirmed. And the club’s next addition could come soon in the form of Mexican midfielder Héctor Herrera.

Klopp has developed his managerial reputation on the back of a very specific style of football. With Dortmund he instituted high-tempo gegenpressing, that being the act of pressing immediately and relentlessly in transitions to the defensive phase. That was the most eye-catching aspect of his team’s play, and he has already begun to imbue Liverpool with the same style. To do so with maximum effectiveness, however, he could do with bringing in individuals specifically capable of carrying out his demands.

Herrera to Liverpool makes sense in this respect, as the player has the attributes to be moulded to Klopp’s ideas. And, with an FW Index of 4.7, this transfer could well be on the near horizon.

Coming through the youth academy of Pachuca, Herrera impressed from a young age. In 2011, he won the Golden Ball as the best rookie in the Mexican Apertura championship. He was instantly called into the national team fold with his country’s under-23 squad, helping them win the 2012 Toulon Tournament; he was also voted the competition’s best player. 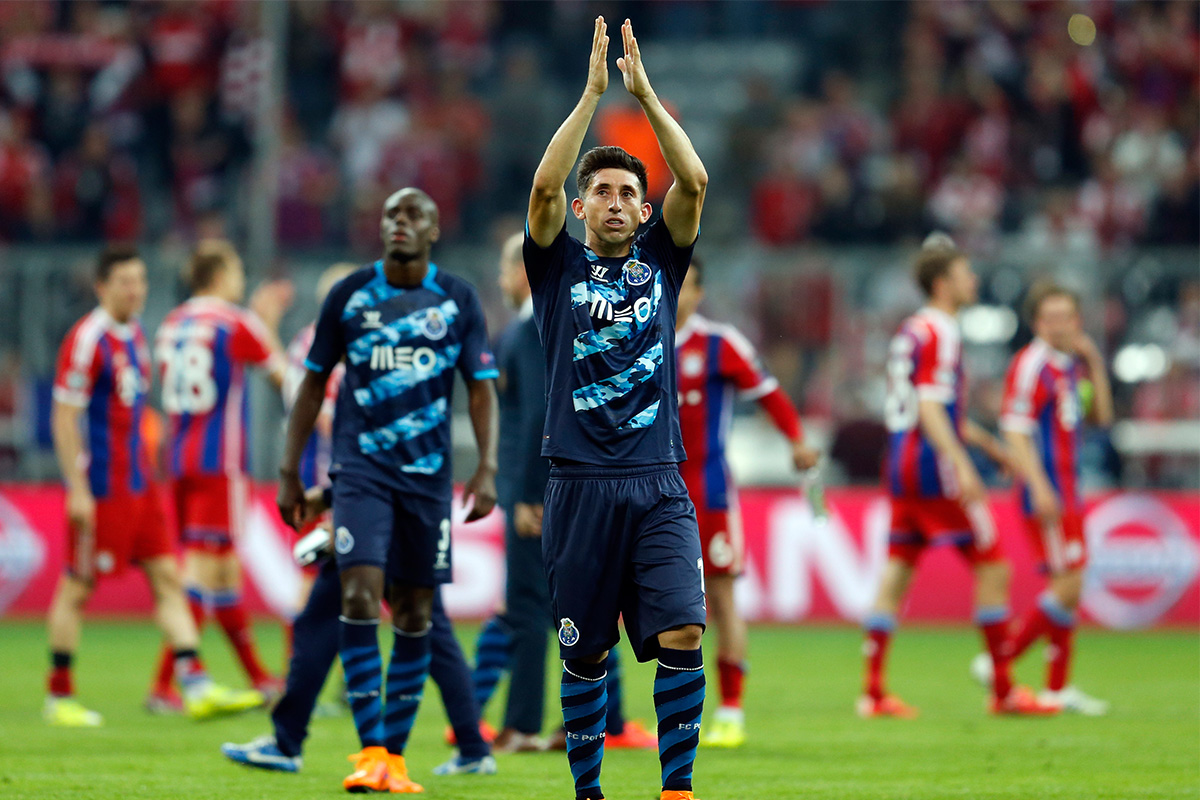 Following his performances for club and country a move to European football was somewhat inevitable, and he joined Portuguese giants Porto in the summer of 2013 for a fee of £8.25 million. He settled immediately, showing exceptional form to establish himself as one of the club’s best players and earning interest from abroad.

A wiry, neckless, broad-shouldered box-to-box central midfielder, Herrera isn’t the most aesthetically pleasing player to watch, but he is highly effective. He is a voracious runner with seemingly endless stamina, good technique and a sound passer. He is also productive in the final third; last season he score nine goals and set up four, while in the previous term he scored seven and set up eleven. Dynamic and willing to break opposition lines in attack, and dogged in defence, he could be perfect for Klopp’s Liverpool.

One potential issue concerns how and where he would fit in to the system. Klopp tended to use a 4-2-3-1 last season and, with Emre Can, Jordan Henderson, James Milner and Joe Allen already in the squad, Herrera would face competition in the hunt for a place in the central two. However it is possible, especially given the zeal with which Liverpool have pursued this type of player – after all, they have also been heavily linked with Udinese’s Piotr Zielinski – that a change in shape to a midfield three could be in Klopp’s plans, making it easier to incorporate Herrera.

Beyond small tactical issues, the only possible stumbling block for the Merseyside club could be securing his signature. Italian club Napoli have also been monitoring Herrera closely; in fact, according to Sky Sport 24, per Football Italia, they were set to meet Porto tomorrow to finalise the player’s transfer. But the lure of the Premier League and its financial riches could potentially sway Herrera.

The Daily Express have reported that Napoli’s bid was around €18 million, of £14.1 million, which is a perfectly acceptable fee for a player who, at just 26 years of age, has already played at a World Cup, possesses plenty of Champions League experience and fits the manager’s tactical vision.