Burnley are weighing up a swoop for FC Twente midfielder Hakim Ziyech, according to reports in the Netherlands.

Manager Sean Dyche is keen to strengthen his Championship-winning side, as he takes the Clarets into the Premier League with the aim of avoiding immediate relegation.

And, according to Voetbal International, the former Watford boss is ready to splash the cash on Ziyech: “The English Premier League club Burnley and FC Twente have talked about a transfer of Hakim Ziyech,” The report claims.

“The English club wants to add the midfielder quickly to their squad that will have to fight against relegation from the Premier League this season. Burnley are willing to pay a hefty transfer fee for Ziyech, but they are not the only contender for his signature. Burnley are now awaiting the decision of Ziyech.”

The Football Whispers Index is currently giving the speculation of a Burnley move for Ziyech a rating of 3.6 out of five, which would suggest that Dyche has a realistic shot at landing the six-cap Morocco international.

The 23-year-old attacking midfielder was the bright spark of an otherwise turbulent campaign for Twente last season. The Dutch club were deducted six points by the KNVB (the Dutch football association) due to their financial troubles, and were only saved from compulsory relegation thanks to a successful appeal.

Despite the off-field problems, Ziyech was impressive for the Tukkers last season, scoring 17 goals and registering 12 assists in 33 Eredivisie appearances. 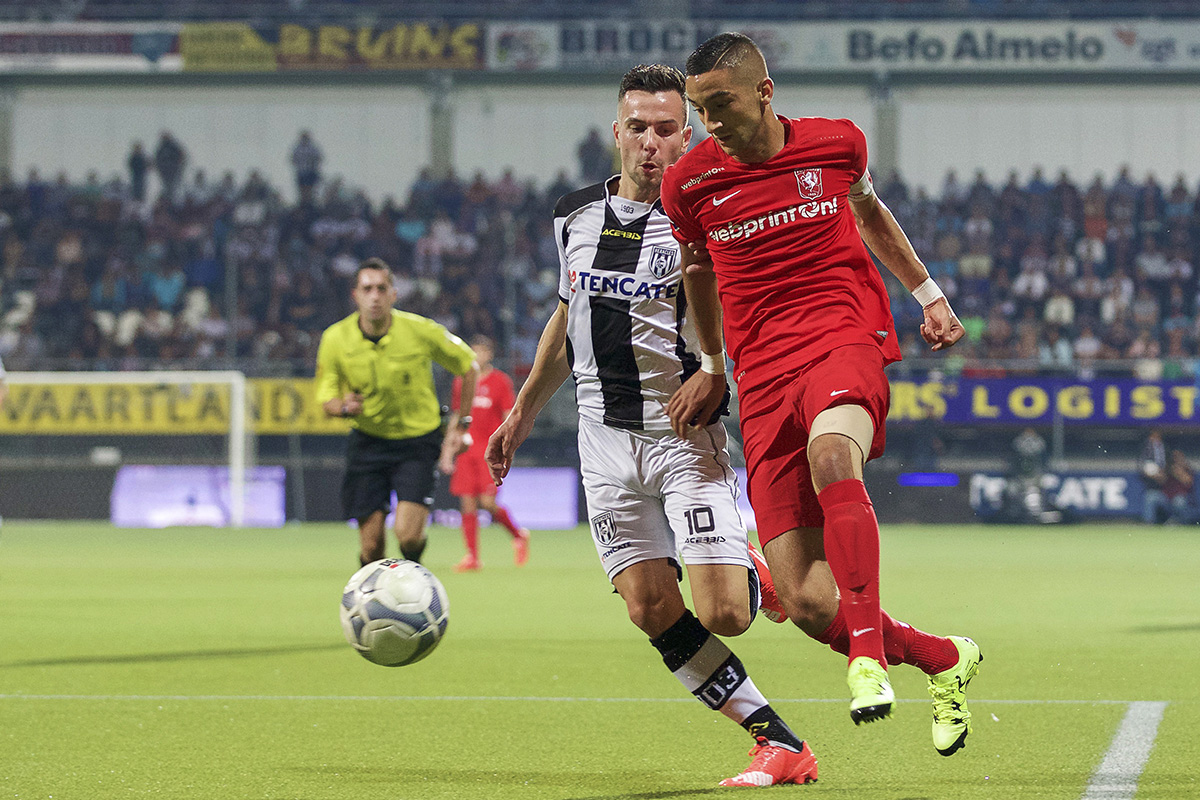 Ziyech’s fine form was not only noticed by Burnley, however. If they are to be successful in capturing the talented attacking midfielder, the Clarets will have to fend of interest from AS Roma, as the Serie A club are also believed to be monitoring the 23-year-old.

But, thanks to the ever-swelling riches of the Premier League – with the new television rights mega-deal having kicked in this season — we now live in a world where a club of Burnley’s standing is able to outmuscle one of Italy’s biggest teams in the transfer market.

Ziyech prefers to operate as a central attacking midfielder – the typical number 10 role – but he is also comfortable on the right-wing. The Netherlands-born Moroccan international is renowned for he set-piece mastery, with the ability to threaten the opposition’s goal with any dead-ball within 30 yards of the target.

Ziyech is also a gifted dribbler with a fantastic eye for a killer ball – as evidenced by his 12 assists in the Dutch top-flight last season.

Having joined Twente from Heerenveen two years ago, Ziyech has become a key player for the Enschede club, scoring a total of 32 goals in 74 appearances. Despite being capped at under-21 level by the Netherlands, Ziyech decided to represent Morocco in 2015.

Burnley have already added 25-year-old Icelandic right-winger Johann Berg Gudmundsson from Charlton Athletic for £2.5 million this summer, which would suggest that, if Dyche is able to pull of the signing of Ziyech, the Twente man would be utilised in his favourite central position.

The arrival of Ziyech would add some much-needed creativity and flair to the Burnley line-up, as the promoted club hope to finish (at least) two places higher than the nineteenth-place finish of their last season in the Premier League.