With the move across London from Upton Park to Stratford looming, it’s set to be a frantic summer of activity as West Ham prepare for life at the Olympic Stadium. On the pitch, Slaven Bilic enjoyed a fantastic first season at the Hammers helm, and will be desperate to bolster the squad even further over the coming weeks ahead of a crucial inaugural campaign at their new home. It seems increasingly likely that the Croat will raid former club Besiktas to make Gokhan Tore his second signing of the window, but what will the German-born Turkey international bring to E20? Let’s take a closer looks.

West Ham’s iconic final year at the Boleyn Ground could have scarcely gone better; Bilic dragged the Hammers into Champions League contention before those bubbles fittingly faded during the closing weeks whilst the club also picked up memorable away wins against Arsenal, Liverpool, and Manchester City. Perhaps more importantly, the Irons faithful saw their team move away from the unattractive style of Sam Allardyce to finally perform in a manner which resembles the famed ‘West Ham Way’.

It has been an ideal start to life under Bilic, which provides the perfect platform to begin the next chapter of the club’s history. However, if West Ham are to capitalise on this opportunity, they will need reinforcements on the pitch; not only because they are aiming to take the next leap domestically, but also due to the demands of juggling those Premier League aspirations with the increased fixture list enforced by Europa League qualification. The building process has already begun with Havard Nordtveit’s pending arrival from Borussia Monchengladbach already confirmed and, as our transfer index rating of 3.4 suggests, a move for Tore could soon follow.

Bilic has been a long-term admirer of the 24-year-old winger: the 47-year-old forked out €4.5m to sign Tore from Rubin Kazan during his Besiktas tenure before making noise about a potential bid for the Turkish star back in January. Whilst that move failed to materialise in the mid-season window, it’s believed that the West Ham manager is prepared to spend £12m to get his man in time for the 2016/17 season.

Tore would certainly plug a gap in the West Ham squad, especially as Bilic rebuffed the option to turn the loan deals of either Victor Moses or Emmanuel Emenike into permanent deals. With pace, skill and a keen eye for goal at his disposal, the winger would appear to be the perfect fit alongside Dimitri Payet and co.

Meanwhile, the 5ft 9in winger also boasts the strength needed to cope with those physical demands of the Premier League. Having worked with the player before, Bilic is well positioned to judge whether the Besiktas man is ready for a move back to London. If the deal is finalised, the Hammers faithful can expect to see plenty of excitement. 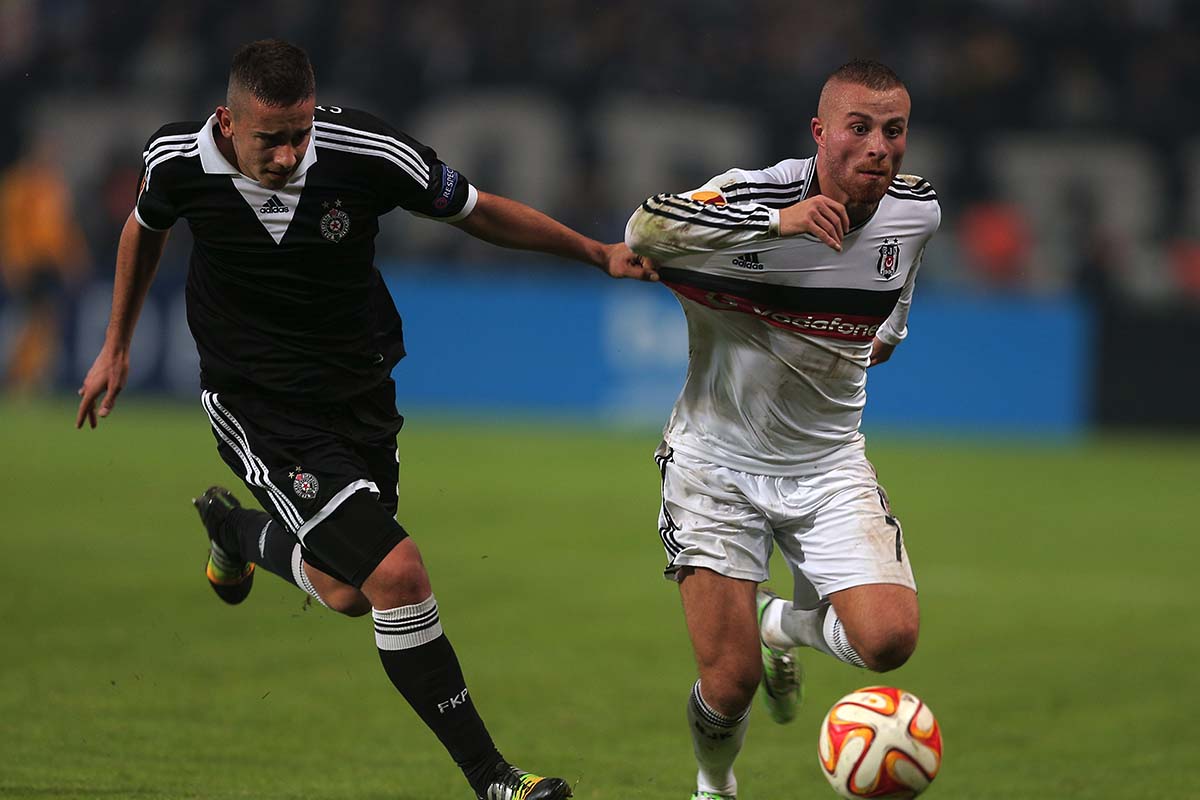 Those explosive qualities might be the first thing that fans will notice about Tore, but his greatest attribute lies in his distribution. The winger registered a pass completion percentage of 83.2% last term; more importantly, he knows how to spot the right pass. As far as being a player that the West Ham faithful can get behind is concerned, the right-winger fits the bill perfectly: energetic, exciting and, above all else, efficient.

The thing West Ham fans will really love about Tore, though, is that he has the winning mentality. Turkey’s Super Lig might not be the strongest domestic league in Europe, but that should not detract from Besiktas’s heroic campaign. Kara Kartallar were near faultless as they clinched a first league crown in seven years and while Tore did struggle with bouts of inconsistency, the winger certainly played his part. Those experiences, partnered with the manner in which he bounced back from those personal disappointments in his early career, ensure that the Turkish star wouldn’t be overawed by the added pressures of playing in the biggest league of all.

Tore’s versatility to operate from the left flank is an added bonus, but there is no doubt that Bilic will view the Besiktas star as the solution to those right-sided problems, particularly if Michail Antonio does revert to right-back as he did on several occasions towards the end of 2015/16. If nothing else, the highly-rated winger would inject a high-pressing energy that would suit West Ham’s developing style of play.

In truth, the Hammers will be hoping to see bigger names join this summer, most notably in the form of a world-class striker. Nonetheless, Tore would be a worthy addition ahead of what will be a memorable season for the London club before a ball has even been kicked. Moreover, with the likes of Juventus and Manchester United monitoring the Besiktas man in recent times, the acquisition would certainly fire a signal of intent as the Hammers look to make that leap into the upper echelons of English football.

The proposed arrival of Tore is certainly an interesting one and, with Euro 2016 just around the corner, the Hammers will want to get this one over the line sooner rather than later. Confirmation could be imminent.