Leicester City will pull off one of the coups of the transfer window if they can fight off some of the giants of world football for the signature of Brazilian wonderkid ‘Gabigol’.

But reports across the world’s media are today suggesting that should the next seleção superstar – who is currently in Rio as part of the Brazil Olympic football squad that has reached the quarter-final stage – could be on his way to Europe after all.

Incredibly, Brazil have never won an Olympic football tournament, but should home advantage pay this time – which was not the case in the 7-1 semi-final humiliation to Germany at the 2014 World Cup in Belo Horizonte – and the hosts reach the Gold Medal Match, Barbosa could be otherwise engaged until 20 August.

Prolific scorer Barbosa has played in all three group games at the Rio Games and scored twice in yesterday’s 4-0 win over Denmark in Salvador to secure a quarter-final berth for his side. 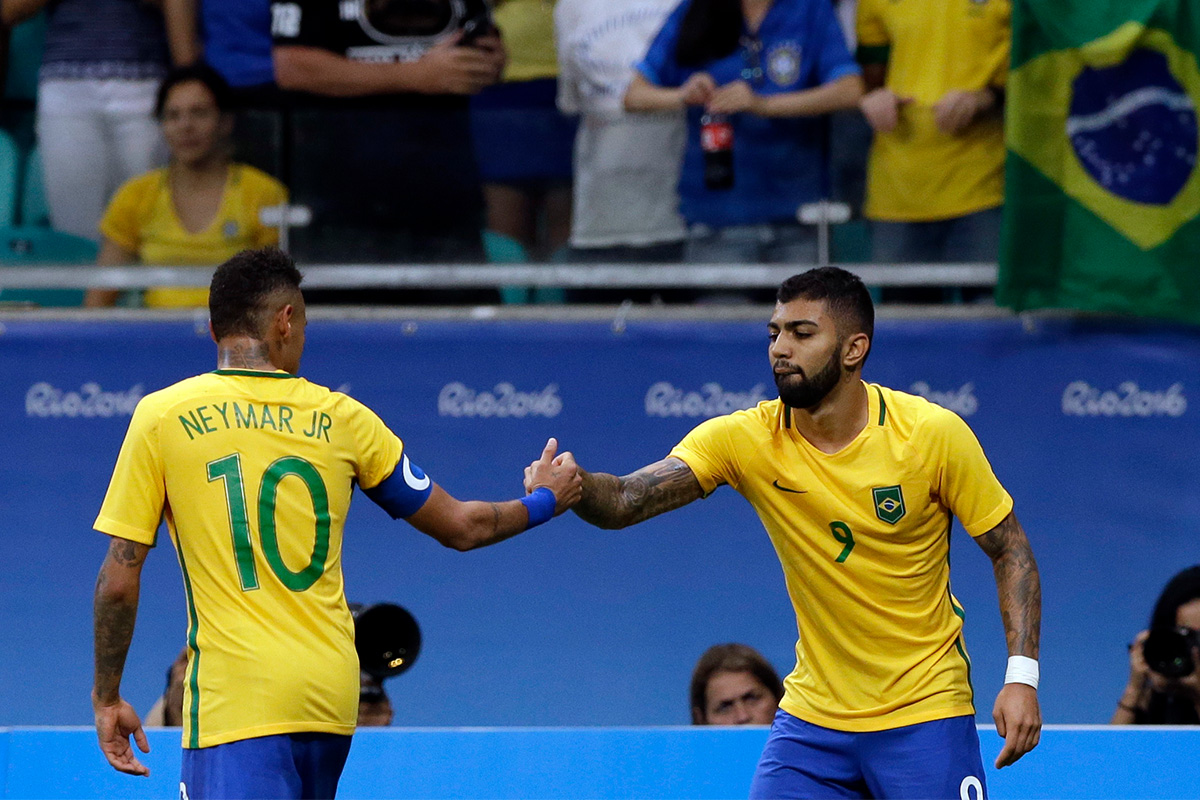 Whether Olympic (under-23) coach Mario Rogerio Reis Micale will allow ‘the next Neymar’ – who has lead Rogerio’s attack alongside the original Santos, now Barcelona megastar – to be distracted by negotiating a move before the end of the Games remains to be seen.

However, with the inflated expectancy levels among Carioca fans almost unrivalled by any other football nation it is likely that Rogerio’s squad will be told to keep their eyes firmly fixed on the golden prize.

As well as representing Brazil throughout the age groups, four caps have so far been earned by the sharp shooter – who has scored 24 times in 82 Santos appearances – his first full cap coming in March of this year.

Three of those games came in Brazil’s doomed Copa America Centenario campaign in the US this summer – scoring in the 7-1 rout of Haiti – as coach Dunga lost his job after being knocked out group stage, now replaced by former Corinthians coach Adenor “Tite” Bacchi.

That Leicester’s name is even being strongly linked with the next big thing from South America, who is widely tipped as a potential future Ballon d’Or contender, highlights the seismic shift in their own expectation levels at the Premier League holders.

To put things in perspective rewind 12 months and, having survived relegation by the skin of their teeth in 2014/15 season, the Foxes were being linked with forwards such as Lex Immers (now at Cardiff City) and Charlie Austin (Southampton). 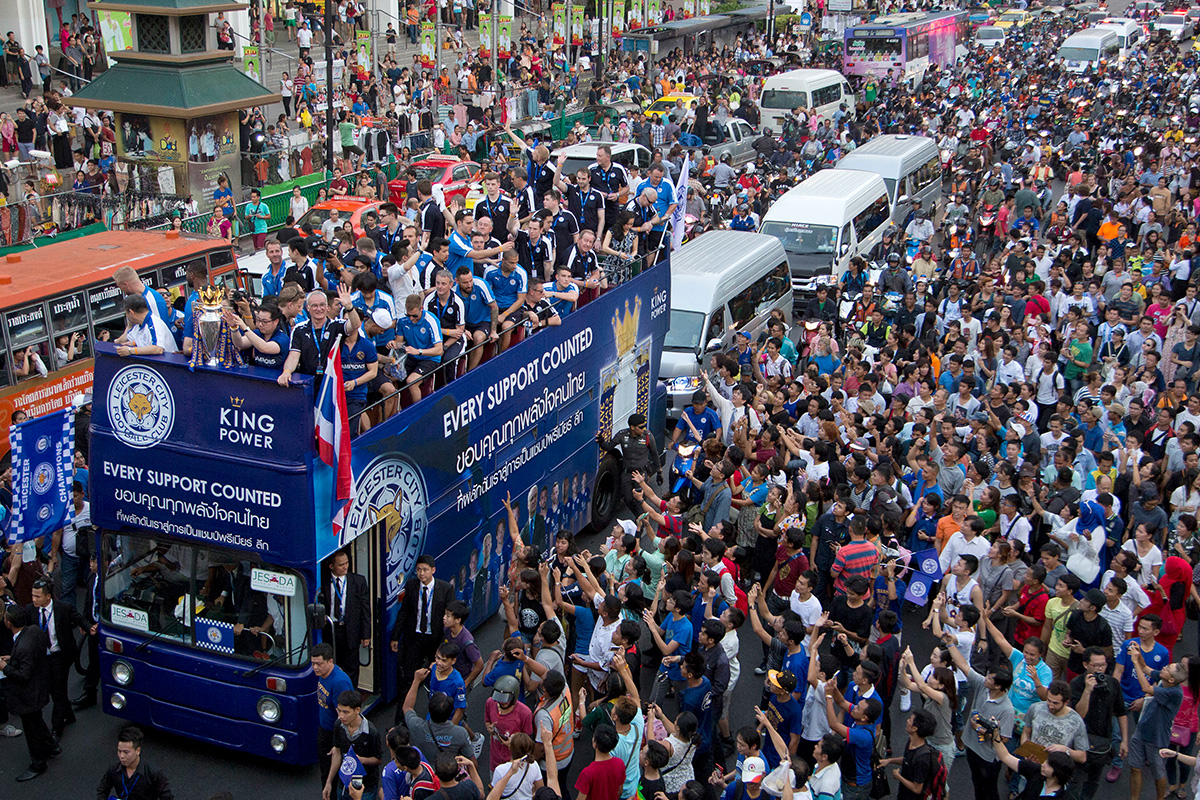 The vibrant King Power Stadium, and the lure of Champions League football, could prove a superb stepping stone if nothing else for Gabigol’s first taste of the European game. Whether Claudio Ranieri could realistically tie down such a rising talent on a long-term deal is questionable – but as we now know, all bets are off when it comes to the Foxes.

A Sao Paolo native, Barbosa is the latest supreme being to come out of the famed Santos academy. Promoted to the Peixe first-team squad as a 16-year-old for the 2012/13 season, his path crossed with Neymar for one season at the Estádio Urbano Caldeira before Barca came calling for the €57 million striker.

Gabigol won the regional Campeonato Paulista Championship title in 2013/14 and has amassed a number of appearances in the Copa Libertadores – a competition Santos won 2011 – and so has experience of playing at the top level of the club game despite his tender years.

Last season the ambidextrous – naturally left-footed – started 27 of Santos’ 30 Serie A fixtures (being subbed off in 22 of those games) and scored 10 goals in total from 35 shots on target.

That big game expertise is why Europe’s top clubs have come calling this summer, indeed, Santos Club President Modesto Roma has confirmed today that they are considering a £25m bid from Inter.

We are yet to see the Foxes match the kind of exorbitant £30m-plus sums being splashed around by their Premier League rivals – Nigerian Ahmed Musa remains the club’s record buy at £15m – but if money really is no object for Leicester City Owner Vichai Srivaddhanaprabha then he could yet authorise a deal to gazump Inter.