The summer transfer window may be closed but Leeds United are in the race for free agent Essaïd Belkalem after the defender's release from Watford.

French outlet L'Equipe have reported in the last hour that the Algerian centre-half will choose between the Yorkshire side and an offer from Ligue 2 outfit Orléans.

Leeds have not been in the Premier League for over a decade and a return has not looked on the cards in recent years – in the last five seasons, the club has barely wavered in terms of league position, oscillating between 13th and 15th in the Championship table.

Renewed optimism came from the appointment of former Swansea manager Garry Monk over the summer, though the start to 2016/17 has been an inauspicious one.

A 3-0 defeat to Queens Park Rangers acted as a rude awakening on the opening day, while a 2-1 home loss to Birmingham City and a 3-1 away defeat at the hands of Nottingham Forest has left Monk’s men sitting just outside of the relegation spots after five fixtures.

With just one win to their name – 2-0 over last term’s play-off final losers Sheffield Wednesday – Leeds need to improve quickly if they are to salvage any remaining shreds of optimism.

One area that clearly needs addressing is the defence. Only three teams in the entire league, namely Forest, Rotherham United and Blackburn Rovers, have let in more than Leeds’ nine goals. Conceding at a rate of 1.8 goals per game is a clear issue, though Monk appears set to make further moves to solve the problem with rumours linking the Whites to Belkalem. 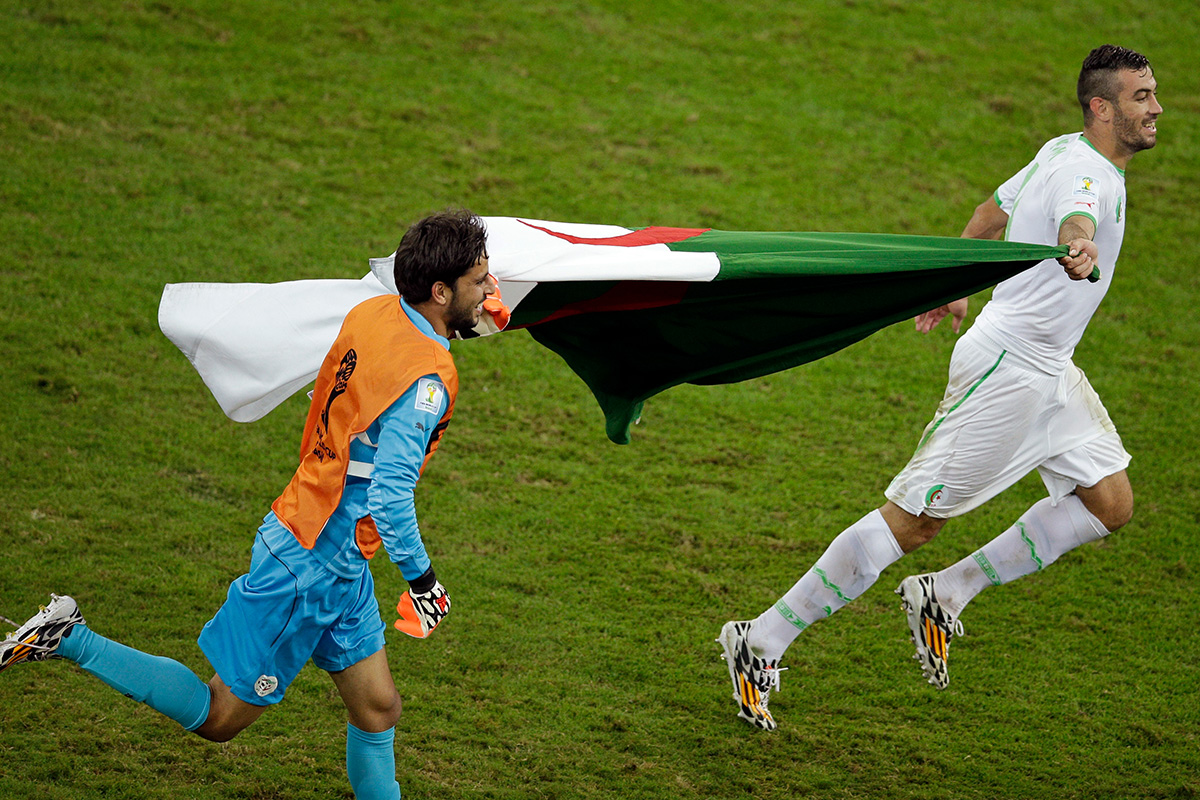 The Algerian centre-back was released by Watford on 10 August after, what must be deemed, an unsuccessful spell with the Premier League club. Having joined Spanish La Liga outfit Granada from JS Kabylie in 2013, he was swiftly shunted on loan to the Hornets. Despite making just eight league appearances in his first term with the club, his move was made permanent in 2014.

That summer Belkalem significantly enhanced his reputation with some astute defensive performances for his country at the World Cup in Brazil, alongside the likes of Leicester City duo Riyad Mahrez and Islam Slimani.

Coming in for Algeria’s final group game against Russia and helping to secure a 1-1 draw, he retained his starting berth for their knock-out stage clash with eventual winners Germany. Playing in a back three, he and his team-mates kept their more illustrious opponents at bay for 90 minutes before succumbing in extra time.

However, back at club level, things didn’t work out quite so well. He was sent out on loan to Turkish side Trabzonspor, where he made six Europa League appearances as well as playing in domestic competition, but couldn’t work his way back into contention at Watford.

Speaking in an interview with Le Buteur in April, he discussed his time in Turkey, saying: “The situation is a bit complicated. Last summer, I returned from a loan [at] Trabzonspor, but the club [Watford] had brought a new coach [Quique Sanchez Flores], who does not know me and who took the decision not to count on me. The coach had his team in the head and thus put me on the list of departures. I have had contact from clubs in France and Spain, but we did not reach agreement.”

But, with his time at Watford officially coming to a close last month, Belkalem is now a free agent and, according to our FW Index of 2.0, there is a chance of him joining Leeds.

The Yorkshire club released former captain Sol Bamba at the end of the transfer window by mutual consent; the Ivorian’s grip on a first-team place had slipped and the prospect of the team captain sitting on the substitute’s bench wasn’t a healthy one. However, that has left Leeds with just three centre-backs to choose from in Kyle Bartley, Liam Cooper and Pontus Jansson – the latter recently arrived on loan from Torino and is seen as potential new defensive leader.

Should Belkalem choose Elland Road, it would likely be to provide Monk with additional options in his squad for the slog that is a Championship campaign initially, rather than to seriously challenge for a place in the starting line-up.