Old Trafford could be the epicentre of transfer activity this summer as Jose Mourinho sets about leading Manchester United back to the summit of English football. Whilst all eyes are focused on the expected arrival of free agent Zlatan Ibrahimovic, the Special One is reportedly on the verge of confirming another signing in the form of Villarreal star Eric Bailly; the Ivorian could be one the most important Premier League imports of the summer.

Nothing is set in stone, but our transfer index rating of 4.1 suggests that speculation over a proposed £30m move might not be far from the truth. If Mourinho does swoop for the 22-year-old, it wouldn’t be hard to see why.

Bailly is perfectly built for the Premier League: he’s quick, strong, and thrives on the physical battle. Last season, his record for being beaten in one-on-one situations compared favourably to La Liga’s finest defenders. Quite frankly, that’s exactly the type of player that Manchester United needs; perhaps more importantly, it’s the kind that Mourinho loves.

Real Madrid aside, Mourinho’s title-winning sides have always been built on the foundations of a solid defence. That has been especially true at Chelsea and, while reigniting United’s attacking flair will be on the agenda, this will be the focus as the 53-year-old bids to deliver a first Red Devils title since the retirement of Sir Alex Ferguson.

Manchester United actually boasted the joint best (with Tottenham Hotspur) defensive record in the division last season; nevertheless, that achievement can largely be attributed to the perpetual heroics of goalkeeper David De Gea. Mourinho won’t be fooled by the stats, and will almost certainly bolster his defence. In particular, Dutchman Daley Blind looks destined for the Old Trafford exit door; Bailly would be far better equipped to partner Chris Smalling at the heart of the Red Devils backline.

Mourinho will be particularly impressed with Bailly’s meteoric rise in Spain. The Ivorian hasn’t had an easy ride either: he wasn’t discovered by former club Espanyol until his mid teens, and was then forced to sit patiently for two years as work permit problems prevented the youngster from playing competitive football. 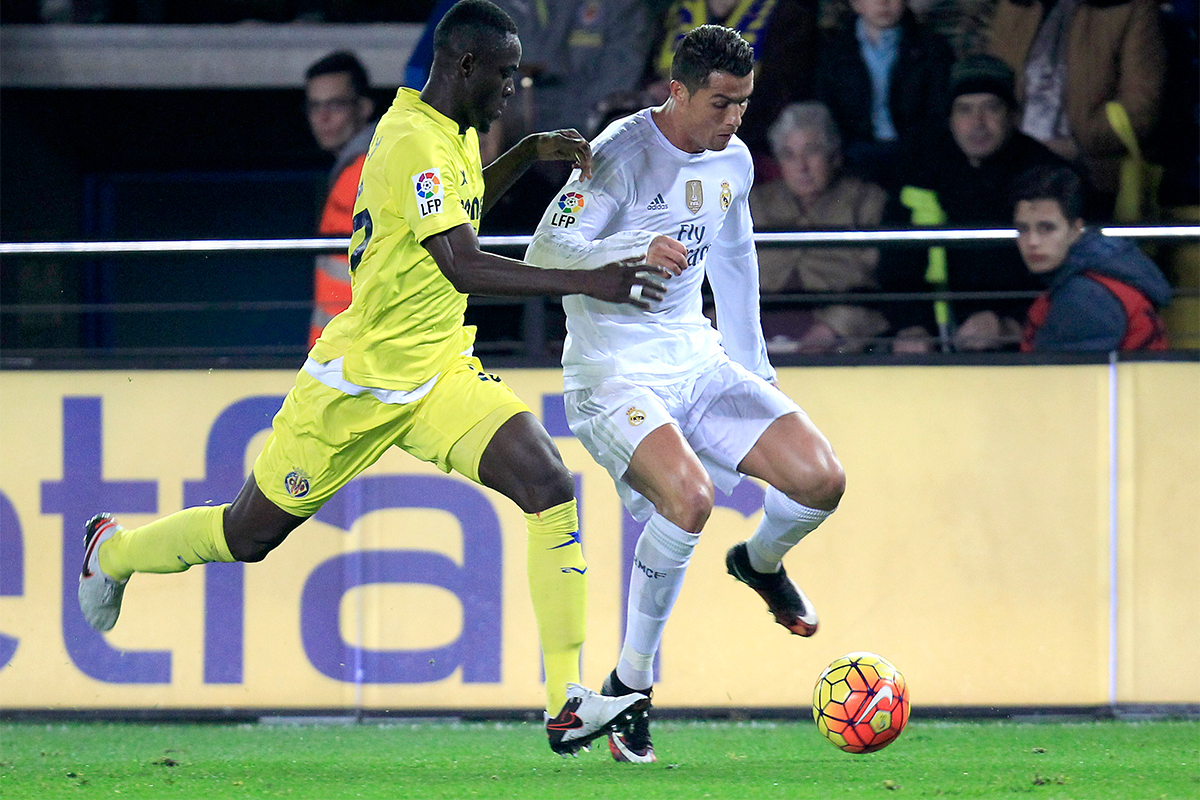 The delayed start could have threatened his progress, but as soon as he broke into the Espanyol B team at 18, senior staff knew they had a solid player. Still, Bailly was unheard of outside of Catalonia at that point; things would soon change in the 2014-15 campaign.

Bailly, then 20, was promoted to the Espanyol senior team, amassing five appearances for Periquitos before being named the youngest player in Herve Renard’s squad for the African Cup of Nations. The youngster played all six matches as Les Elephants clinched their first title since 1992, scoring in the final shootout win over Ghana too. During the tournament, he also agreed a €5m transfer to Liga rivals Villarreal; it would be the catalyst behind the growth that now sees him placed as one of Europe’s most highly sought prospects.

Villarreal boast a rich history of championing young talent, and Bailly has excelled during his 18 months at the Estadio El Madrigal. An efficient defensive partnership with Victor Ruiz played an integral role as the Yellow Submarine forced its way back into next season’s Champions League. Moreover, the occasional appearance at both full-back positions underlines a versatility that would certainly appeal to Mourinho too, particularly given the track record of injuries amongst United’s current defensive players.

Mourinho faces a real dilemma in his first season at the Old Trafford helm. First and foremost, the Portuguese icon needs to deliver quick results as Manchester United simply cannot afford to extend this period of being ‘also rans’. On the other hand, it’s a club steeped in the tradition of giving youngsters a chance; those philosophies were the main positives of predecessor Louis van Gaal’s tenure while the team’s most successful periods relied heavily on the triumphs of young superstars. If the former Chelsea boss is to truly win over the Stretford End faithful, he’ll need to merge those two ideas together. Bailly would be an ideal addition.

The reported £30m fee is fairly hefty, but that’s modern football. You only need look at the valuation of John Stones for verification that talented young defenders don’t come cheap. Bailly has improved massively since making his Liga debut in 2014, and has even cut out his erratic discipline since the turn of the year.

Bailly isn’t the finished article yet and may require a period of acclimatisation before truly proving his worth at Old Trafford. Nonetheless, the Villarreal man has all the tools needed to shine on English soil. Under Mourinho’s guidance, he has the potential to become one of the Premier League’s best.

As for the player himself, delaying a Champions League debut for 12 months would be sacrifice worth making in order to fulfil those fantasies of playing at the Theatre of Dreams.