Squandering last season’s glorious opportunity to win a first league title since 2004 seems to have finally given Arsene Wenger the message that everyone else has seen for years: Arsenal need to spend money. After opening his summer spending with the £30m arrival of Granit Xhaka, the Premier League’s longest serving manager could be set to continue his early activity with a move for Napoli defender Elseid Hysaj.

The 22-year-old Albanian enjoyed an immensely productive first year at the Stadio San Paolo following his €5m switch from Serie A rivals Empoli, establishing himself as one of the most reliable right-backs in Italian football as Partenopei sealed their return to the Champions League. Coupled with his involvement in his nation’s first ever appearance at a major tournament, 2015-16 could have scarcely gone better for the 6ft defender.

However, our transfer index rating of 4.4 suggests that his summer could yet reach even higher heights by securing a move to the Premier League giants. The youngster has been the subject of intense speculation surrounding a potential £15m bid from the Gunners, and it would be a move that both Napoli and Hysaj would find difficult to resist.

A new right-back will certainly feature close to the top of Wenger’s summer wishlist: first choice Hector Bellerin has been consistently linked with a return to Barcelona, who are themselves desperate for a new full-back after the announcement that Dani Alves is leaving the Camp Nou.

Even if the Gunners can hold onto their Spanish star, it seems inevitable that understudy Mathieu Debuchy will be allowed to leave the Emirates in a quest to find regular football.

There will definitely be space for Hysaj at Arsenal whether that’s as an immediate starter or as competition for Bellerin. Should Wenger’s current favourite be destined for Barcelona, the Napoli man would form the perfect replacement. Hysaj shares many of Bellerin’s qualities: the Albanian’s natural pace is coupled with a desire to get forward in a bid to support attacks. That tactical awareness, combined with great technique, would see him fit in perfectly with the Arsenal blueprint  while his physical strength and maturity could be a huge asset to a squad that has often been labelled too lightweight in the defensive third.

Wenger has an explicit preference for investing in young players and the earlier swoop for Xhaka underlines that the Arsenal chief won’t be willing to abandon those transfer philosophies. Nevertheless, there is a palpable need for immediate improvement if the Gunners want to shed their tag of Premier League also rans and Champions League round of 16 fodder. Elsewhere, the pursuit of Jamie Vardy highlights those evolving outlooks, but Hysaj is the type of investment that excites the 66-year-old manager most.

Hysaj is already a quality right-back and, with the right tuition at London Colney, could feasibly become a world star. Any move to England would be a step up in quality, but the Albanian has adapted to previous challenges with consummate ease. The defender only moved to Italy at the age of 14 and quickly moved through the youth ranks at Empoli to cement his place as a regular in Serie B before playing a key role in the promotion campaign of 2013-14. A promising debut campaign in Serie A soon brought the move to current club Napoli while his performances under Maurizio Sarri have understandably caught the attention of several top clubs in England. 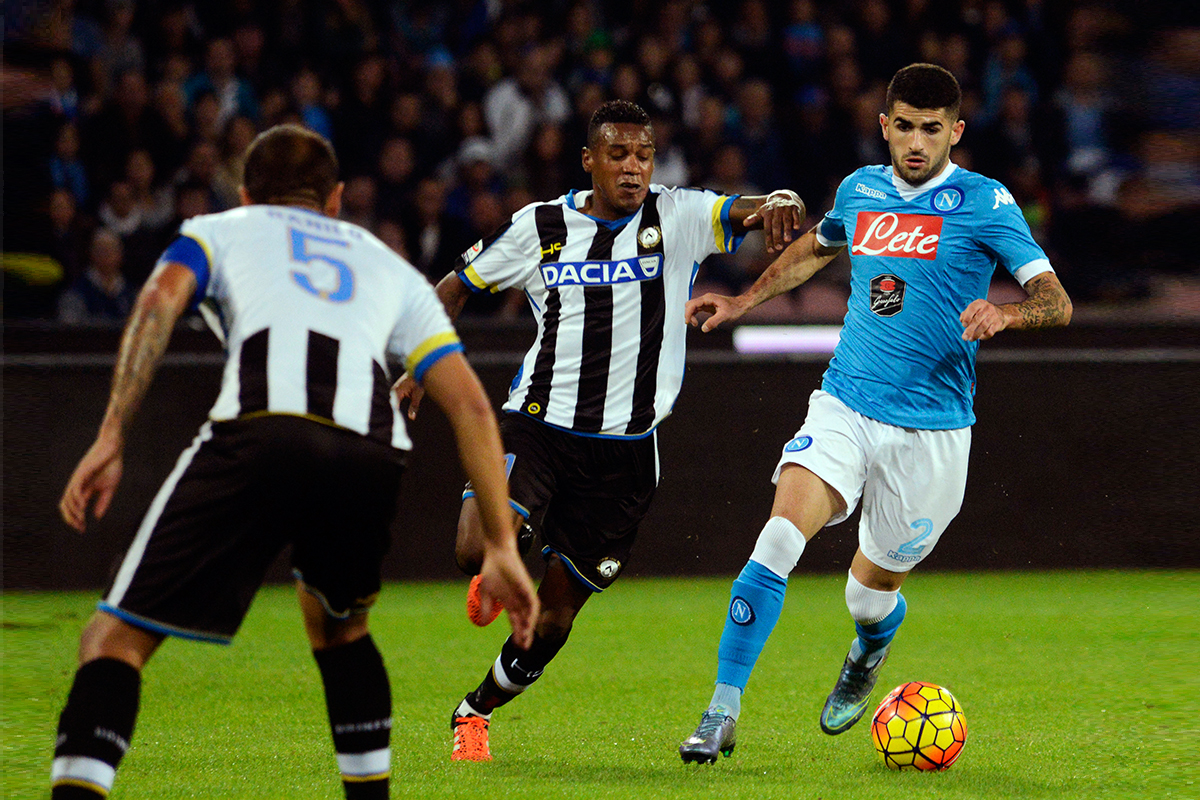 Despite his age, the Albanian has already clocked up over 150 senior club appearances in addition to 19 international caps –  including a promising display against Switzerland in his county’s Euro 2016 opener. Perhaps more tellingly, Hysaj has missed just three league games since stepping up to Serie A two years ago, emphasising his readiness to cope with the demands of regular football at the top level.

Any potential suitors will be impressed with Hysaj’s performances at left-back too. That positional flexibility certainly adds an extra attraction, particularly in an era of limited squad numbers. More importantly, those options offer far greater tactical versatility to the manager, which is another element where Wenger’s fondness is particularly transparent.

Arsenal fans are understandably calling for attacking reinforcements following a campaign that brought their lowest goals tally since 2006-07. But Wenger knows that he cannot afford to overlook defensive responsibilities and will rightly want to invest a percentage of a hefty transfer warchest on this area of the pitch. Given that Hysaj’s attributes additionally offer a not too dissimilar attacking presence to current star Bellerin, the Gunners could be tempted to formulate a concrete bid before any rival suitors swoop.

Hysaj has already cemented his place as one of the most promising young defenders in world football and could feasibly enjoy another decade at the very summit of European football. Regardless of whether Bellerin leaves for Barcelona, do not be surprised if the Albanian becomes Arsenal’s second recruit of the summer.