Having been frustrated by their club’s failure to sign a single out-field player during the last summer’s transfer window, Arsenal fans are hoping for some major incomings this time around.

Despite taking advantage of Tottenham Hotspur’s poor end of season form to leapfrog their rivals into 2nd place on the final day of the season, Arsenal’s inability to mount a sustained title challenge meant their season could hardly be deemed an unqualified success.

Without a Premier League title since the “Invincibles” season of 2003-04, many fans inside the Emirates Stadium have begun to call for manager Arséne Wenger’s head. Those who are still behind the Frenchman, at the very least, want to see the squad bolstered during the off-season, filing the obvious gaps that have cost them dearly in recent years.

Arsenal’s squad is one brimming with talent: the likes of German playmaker Mesut Özil, Chilean speedster Alexis Sanchez and French centre-back Laurent Koscielny would get into almost any side in world football.

But the need for reinforcement is obvious. Of the three key positions identified – a striker, central defender and central midfielder – one has been addressed already, thanks to the £30 million signing of Borussia Monchengladbach’s combative midfielder Grant Xhaka.

Now it would appear that Wenger is not hanging around to bask in the glow of the praise lavished on him for his latest purchase, and is instead ploughing on with addressing another of those areas earmarked for improvement.

The latest name to be linked with a move to the red side of North London is that of Duván Zapata, the Colombian Napoli-owned striker currently half-way through a two-season loan deal at Udinese.

Reports of Zapata’s imminent arrival at the Emirates have grown to the point where the Football Whispers Index is giving the potential deal a rating of 4.7 out of five, suggesting that the 25-year-old Colombian is extremely likely to become a Gunner in the near future.

Udinese president Franco Soldati told Italian radio station Radio Kiss Kiss: “There is a clause that allows Napoli to recall him early from the two-year loan.”

“He is very happy in Udine, his agent said that too and I hope he can remain with our jersey.”

“He also received many offers from abroad, including from Arsenal.”

“However, first we want coach Beppe Iachini to get to know the team so they can make shared decisions.”

Arsenal are short of options in the striking department, with Olivier Giroud pretty much monopolising the position recently. 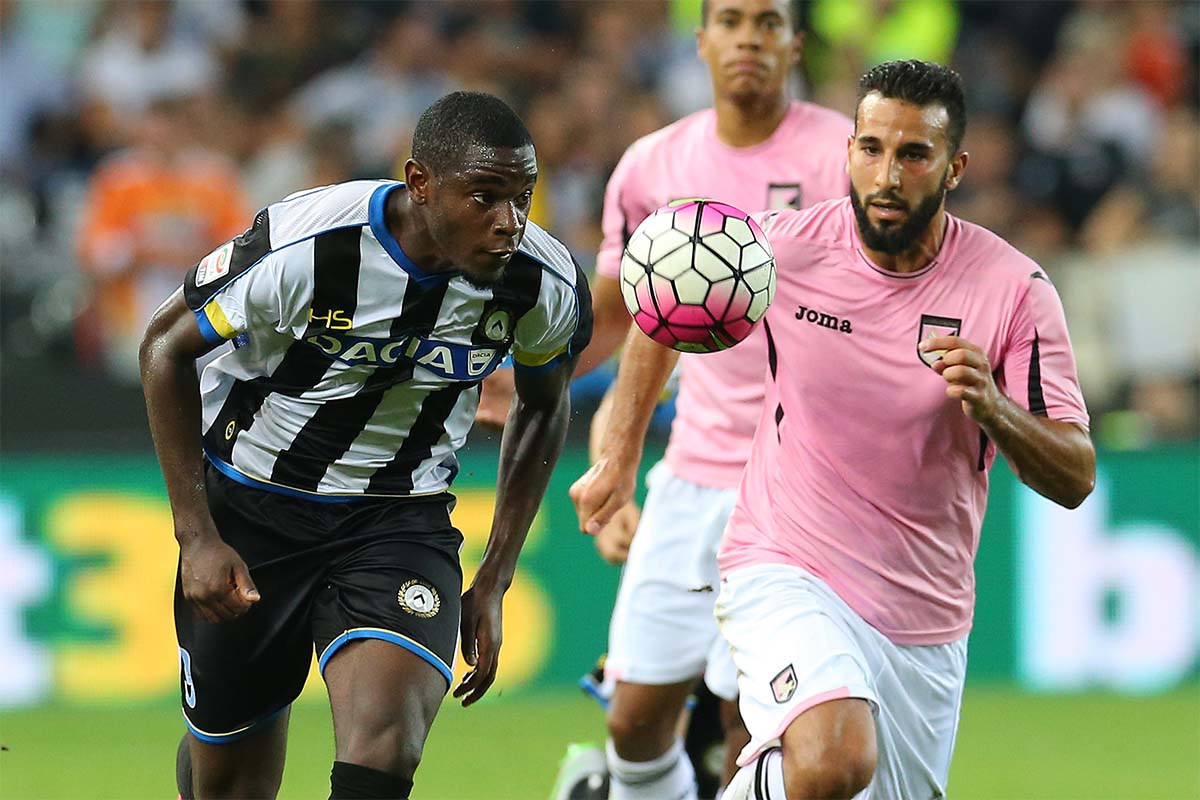 Former Southampton forward Theo Walcott made Wenger know of his desire to operate as a centre-forward, but the 27-year-old has failed to truly grasp his opportunity to impress in the position, and has largely been restricted to a substitute’s role in recent months.

French international Giroud netted 16 Premier League goals last season, with a total of 24 strikes in 53 appearances across all competitions – a more than respectable return. But Giroud’s inconsistency, and failure to make an impact during many of the so-called “big” games, is a point of frustration for the Gunners.

Many Arsenal fans have been crying out for the addition of a world-class striker who would guarantee a minimum of 30 goals a season.

Names like Gonzalo Higuaín, Alexandre Lacazette and Álvaro Morata have all been linked.

So Gooners waking up to see that their club is poised to make a move for the relatively unknown Zapata, may well feel rather underwhelmed.

After all, Zapata was hardly a fixture in the Udinese side last season, having started 15 Serie A games and coming off the bench in a further 10. But the Colombian was fairly productive in the short amount of time that he had. In 1515 minutes of Serie A action, Zapata scored 8 times, giving an average of a goal every 189 minutes — a solid effort, especially considering he was playing for a team which finished 17th and only scored 35 goals all season.

Stylistically, Zapata is a very physical centre-forward. Standing at 189cm (6ft 2in) tall, the 25-year old is a real threat in the air, both from set pieces and open play. A confident finisher with the ability to effectively link play, the former Estudiantes player would be a useful addition to the Arsenal squad.

But if Wenger is planning on signing Zapata, without making a move for one of the aforementioned established stars, it would suggest that he is keeping his faith in Giroud as his main striker for next season. Zapata would add depth to the squad in his position, but he is unlikely to unseat the 29-year-old Frenchman as the focal point of the Gunners’ attack.