Despite ultimately ending with the disappointment of famously finishing third in a two-horse race, the 2015-16 campaign essentially saw Tottenham progress to the top table of English football. And the Spurs could be about to go marching onto even greater success with the arrival of the highly rated Cristian Tello from Barcelona.

Manager Mauricio Pochettino has already started his summer transfer activity, bolstering his squad with the arrivals of Victor Wanyama and Vincent Janssen. However, the proposed move for Tello is the one that truly has White Hart Lane salivating in anticipation. Moreover, a transfer index rating of 4.0 indicates that there’s a very strong chance it’ll happen.

It’s fair to say that the Spaniard’s career at the Camp Nou hasn’t progressed quite how he’d have liked. After breaking onto the scene with a string of impressive performances at the start of 2012 – most notably scoring twice on his Champions League debut against Bayer Leverkusen – Tello was expected to become the new prince of Catalonia, being labelled by many as the next Lionel Messi.

There was good reason for those lofty forecasts too: Tello had graduated from Barca’s La Masia, following in the footsteps of Messi and other heroes like Andres Iniesta, albeit via a two-year stopover at local rivals Espanyol. Quite frankly, the natural flair of the latest Blaugrana prodigy seemed destined for stardom.

Fast forward four years, and the 24-year-old finds himself at a crossroads. The arrivals of star duo Neymar and Luis Suarez essentially rules out the Sabadell-born winger’s hopes of earning a regular starting place in Barcelona’s enviable frontline. Meanwhile, reported past disagreements with Messi only further damage Tello’s chances at the Camp Nou.

Whether those fallouts with the adopted Catalonian king are the reason behind two years of continued loan spells or not, the club has left no ambiguity about their willingness to sell. And while he might be out of favour with the Spanish champions, a whole host of European clubs could be ready to hand Tello a shot at redemption; Tottenham appear to be the clear favourites.

Pochettino will know exactly what he’s getting with Tello having worked with the player during his time on Espanyol’s coaching staff. The winger’s trickery and passing abilities are complemented perfectly by a keen eye for goal, and that could be a key factor as the Tottenham manager looks to take some of the goalscoring responsibilities off of Harry Kane’s shoulders. 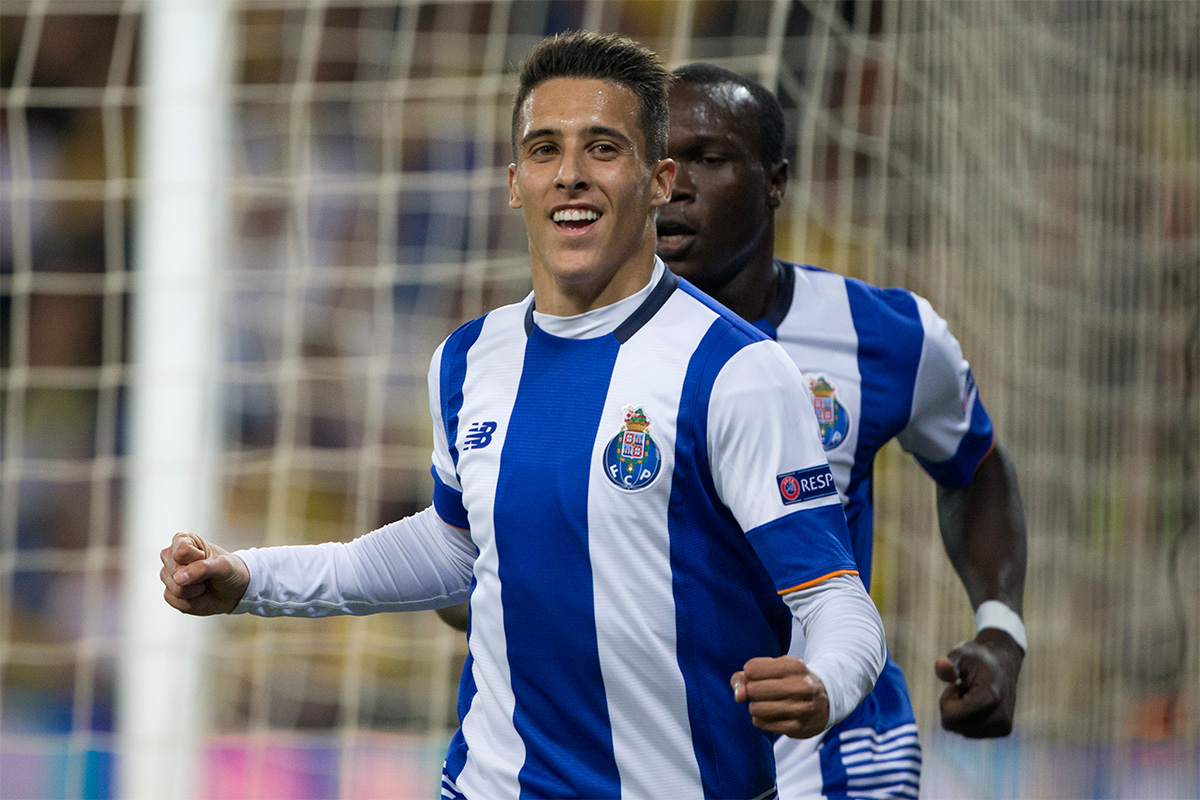 Primarily a right-winger, Tello has enjoyed relative success during his loan spells at Porto and Fiorentina, scoring nine times in the process. However, his explosive qualities are tailor made for English football and Pochettino’s youthful attacking Spurs side. Moreover, Tottenham are still looking to fill the void vacated by January’s sale of Andros Townsend – although the Spaniard would demand far more game time than afforded to the Englishman last term.

Tello does boast versatility too, and the ability to play across the frontline could be useful as Tottenham look to juggle European and domestic commitments. Meanwhile, Pochettino would presumably want to tap into the Barcelona man’s experience as the young squad prepares for Champions League matches at Wembley.

Those attacking qualities would undoubtedly strengthen Pochettino’s attacking options, which will become a necessity if Tottenham want to build upon last year’s triumphs. Opponents will know more about the youthful squad this time around, meaning the Spurs boss will need to shuffle his pack at various stages of the season; Tello would most certainly be an extra Ace up the 44-year-old’s sleeve. In rotation with the Erik Lamela, Christian Eriksen and Nacer Chadli, Tottenham’s quality in the wide areas would arguably become the best in the league. Combined with the additional support of four talented attacking full-backs, White Hart Lane could be home to some extremely entertaining football this season.

At this stage of his career, Tello will be desperate to make the right move, especially if he wants to reignite hopes of an international career three years after his solitary senior Spain cap. England will surely be his favoured destination.

Spurs do reportedly face competition from Liverpool, amongst others, but the promise of Champions League football and chance to rekindle his relationship with Pochettino should give Tottenham the advantage. However, there’s no question that the London club will want to get the deal completed at the earliest stage possible – ideally in time for their pre-season trip to Melbourne.

Despite having two years on his contract, both Tello and Barcelona will be equally eager to finalise the winger’s departure. Luis Enrique’s willingness to sell should open up the opportunity of a cut-price deal for Tottenham too, which will make the proposed deal all the more attractive.

He might be considered surplus to requirements at a club that boasts the world’s most affluent attacking trio, but Tello still has the time and quality to fulfil the prophesies that surrounded his early days in Barcelona’s first team. Pochettino’s growing Spurs side could be the perfect outlet.

The proposed sale of Tello to Tottenham would appear to suit all three parties. Don’t be shocked if we hear an announcement shortly.