David Moyes is interested in adding to his attacking options at Sunderland, and Britt Assombalonga of Nottingham Forest is being linked with a move up to the Premier League.

The Daily Star are the latest to note that Sunderland are looking at the striker, reporting that Moyes made his way to Griffin Park to watch Forest take on Brentford.

Scouting the player was supposedly the reason for his appearance, and Assombalonga made it on in the second half after he missed the start of the game due to the birth of his child just before kick-off.

The former Watford forward has been out with a knee injury for much of the last 18 months, but his prolific form during his first season at Forest has been enough to send the rumour mill into overdrive. The FW Index score currently stands at 2.8, and Sunderland could do with another player to share the goal scoring responsibilities up front.

When fully fit two years ago, Assombalonga netted 15 goals in 29 Championship appearances, and that was after a couple of successful seasons at Southend and Peterborough. The injuries might have scuppered his meteoric rise to the top, but he has proven his worth at every level he has played at so far. 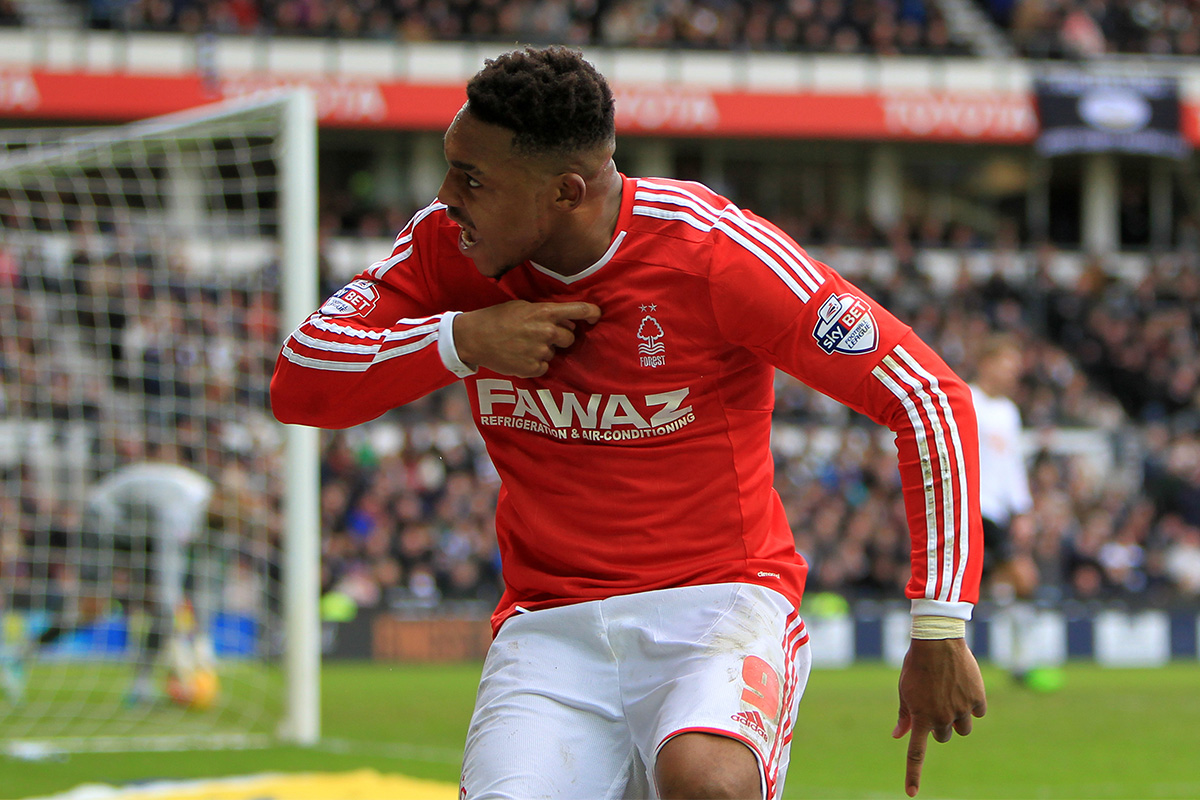 The Premier League would be another step up for the 23-year-old, but he deserves a chance to compete if he can pass a medical and prove there is no lasting damage to his dislocated right knee.

Championship rivals Norwich City are also said to be interested in a move for the Forest forward as they aim to bolster their options, which could offer another path to the top flight for the striker should the Canaries return at the first attempt.

If Jermaine Defoe gets injured it could be critical for a Sunderland side looking to build on their escape from relegation last year, and Assombalonga would provide decent backup as the season wears on.

The Black Cats’ have been linked with a string of strikers to cure their over-reliance on Defoe who, at present faces little competition for his starting space, so it could be good for both the players and team if they manage to strike a deal with Forest.

Assombalonga cost £5.5m in a club record deal from Peterborough in August 2014, and £7m could be enough to prise him away. On the other hand, Forest will be desperate to hold on to a striker that could be the difference between reaching the play-offs or another year in the Championship.

Their 17th consecutive season outside of the Premier League ended in a disappointing mid-table position last season, and so Head Coach Philippe Montanier will be keen to hold onto one of his young stars if possible.

Assombalonga isn’t the only Forest player to be linked with a move to Sunderland. HITC.com have reported that Moyes was also at the Brentford game to look at 19-year-old Forest winger Oliver Burke (1.2), according to ‘sources close to the club’. The young Scottish player impressed after coming off from the bench in the 66th minute of the 1-0 loss.

Burke would also offer another option in the attacking third, the need of which was highlighted further when winger Adnan Januzaj played as the furthest man forward in the latter stages after Defoe was subbed off in their league opener 2-1defeat against Manchester City.

Moyes has been given the all clear to bring in new recruits, but it seems like he wants to ensure he gets the best value for money. Scouring the lower leagues can always be a risk, but poaching Assombalonga could be a great deal if the price is right.

As a reminder, here are his first ten goals in a Nottingham Forest shirt (source: Kenh NFFCVN)…

Sunderland have been given decent odds for relegation, and they could struggle if they continue to rely solely on the ageing legs of Defoe. Forest might not want to sell, but they might be left with no choice if Premier League clubs continue to be linked with their young stars.