Reports from 4-4-2.com Germany today are suggesting Burnley are interested in signing Basel midfielder Birkir Bjarnason. Today's FW Index Score has jumped straight from zero to 3.7, showing that the rumours are starting to gather pace regarding a €6 million switch.

One of Iceland’s Euro 2016 stars – who scored twice in France, including his nation's first ever major tournament goal – Bjarnason was one of the key components in a much unfancied side. On that note…

The Clarets have been quiet in the Whispers columns for much of the summer, but are looking at the Basel midfielder, who has a key eye for goal to compliment his high work rate. He earned the nicknamed Thor because he started his career at Viking, in Norway – while the long-haired midfield general also shares a passing resemblance with the mythological deity.

The player has led a nomadic career, making six stops already across Scandinavia, Belgium and Italy before settling at FC Basel in 2015.

The Icelander has scored ten goals in 29 appearances for the Swiss side since signing from Pescara last July – the lure of Champions League football in Switzerland being a big pull for the player.

Of course, there is no European competition at Burnley. The trade-off comes with the inevitable bump up in wages on offer, as well as the opportunity to put himself in the shop window in England. There are lots of eyes cast on the top flight, and at 28 years of age there is still time to make it to an even higher level.

If you memories of his displays at Euro 2016 have already faded – not that they will have for the likes of Roy Hodgson, Eric Dier and Dele Alli – here is a reminder of some his best moments with Basel last season. (source: Football Score, YouTube).

Despite Burnley’s 2-0 win over Liverpool last Saturday, there were a number of warning signs throughout the game that could spell trouble in future for Sean Dyche's side.

Their lack of possession – 19%, which is the lowest ever by a winning team in Premier League history – might not have cost them against the Reds, but they are unlikely to win many more games if they continue to be dominated by the opposition in the same fashion.

They recently broke their club record fee for Belgian Steven Defour in a £7.8m deal, which shows they intend to compete on their return to the Premier League.

But will Burnley be able to sneak a deal for one of the standout stars of Euro 2016? His goal in the 1-1 draw against Portugal will live long in the memory, and it shows he has the mettle to raise his game for the biggest occasions.

It may seem counter-intuitive to give up European nights in Basel in exchange for rainy days at Turf Moor, but it could be a canny move if he is willing to take the leap.

Capable of playing in a number of positions, and he always carrying a goal threat running beyond his strikers, Bjarnason could prove invaluable to Dyche as he gets back to grips with the elite level.

The end of the window is slowly beginning to loom over the horizon, and with just seven days to go there is not much time left if they are eyeing up alternatives. 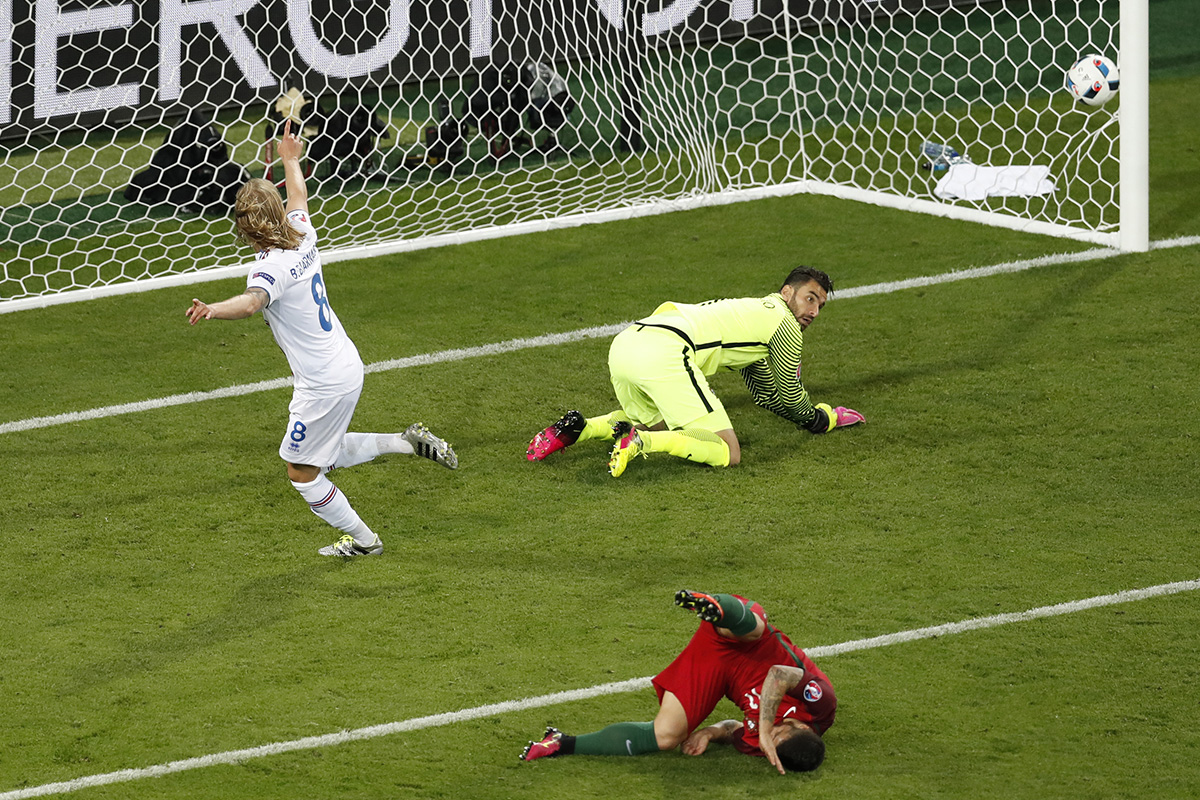