All good streaks must come to an end, and , the Gunners have drawn up a shortlist of potential replacements and Wenger's position at the Emirates will be reviewed at the end of the season.

Arsenal are currently sixth in the Premier League, ten points behind neighbours Tottenham Hotspur who occupy the final Champions League position. Wenger saw his men crash out of the FA Cup at the hands of Nottingham Forest while Manchester City defeated them in the Carabao Cup final on Sunday.

It means the Gunners' only chance of silverware this season is the Europa League, and there are a lot of top teams still in the competition. Since his arrival in England, Wenger's been able to pick up a piece of silverware or finish inside of the top four every season. This term, however, his record is under threat and it's easy to understand why those in charge at the Emirates are looking at a potential changing of the guard.

Though competition is fierce for a top-four finish, Arsenal backed their manager in the market and broke their transfer record in successive windows. They signed mis-firing Alexandre Lacazette for a reported £54million and then broke that to bring Pierre Emerick-Aubameyang to the club on deadline day.

Despite the outlay, the Gunners are struggling.

With this in mind, we've listed managers we feel are better suited to come in at the Emirates. We used Football Whispers‘ exclusive Persona model tool to look at which of the managers play a similar style to Arsenal and therefore would be able to come in and settle without a bedding in period, and those who offer something a little different. 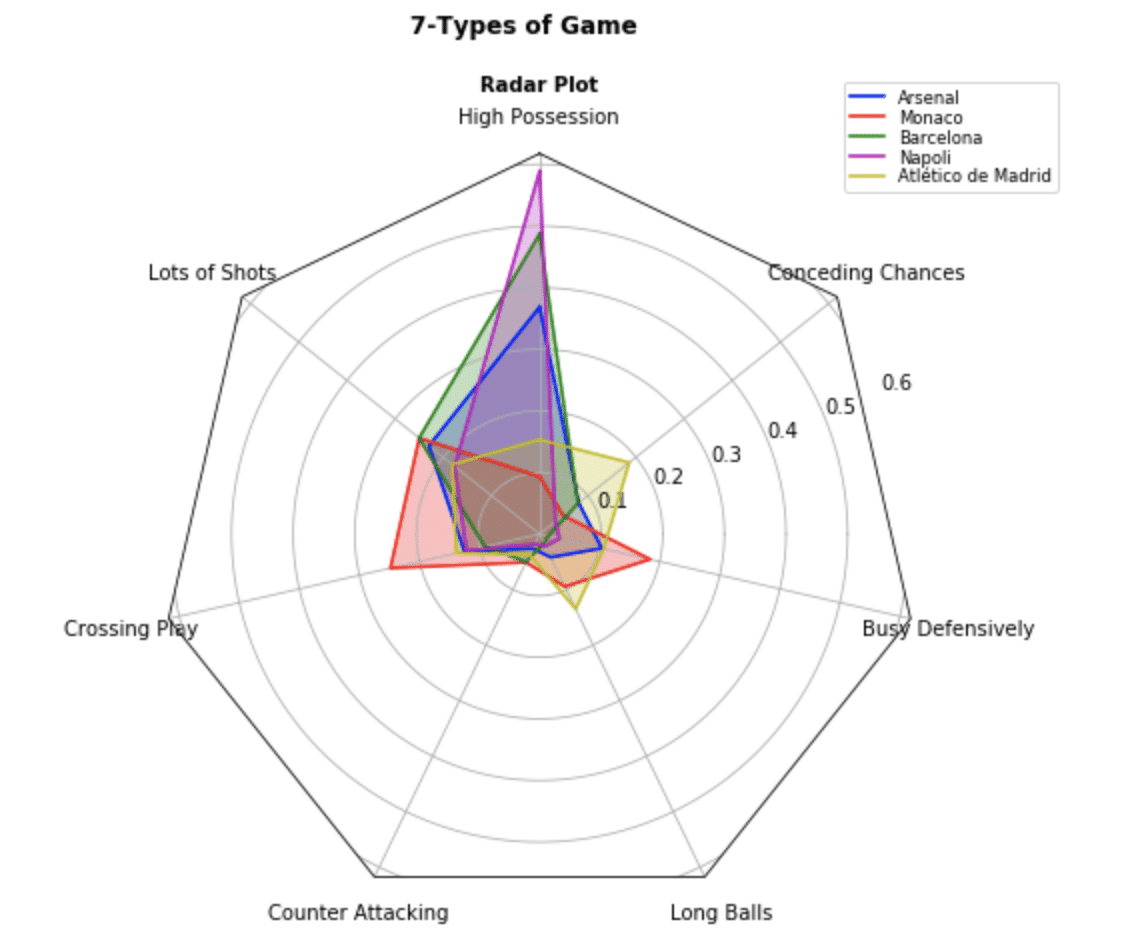 The 43-year-old has really caught the eye since moving to Ligue 1 to take charge of Monaco. They won the 2016/17 title under his watchful eye and stunned many in Europe by reaching the semi-finals of the Champions League.

Not many gave them a chance when up against a big-spending Paris Saint-Germain side, but they proved a team with clever tactics and an organised set-up can trump a team made up of reputations and very little chemistry.

Competition is fierce in the Premier League and he'd be tasked with doing similar to what Mauricio Pochettino has done with Spurs and Jürgen Klopp with Liverpool. He'd have to compete with the big boys but on a budget.

As you can see from the graph, which shows data from the past two seasons, Jardim's Monaco are a lot more direct than Wenger's Arsenal. But this isn't necessarily a bad thing. When you have the likes of Aubameyang, Lacazette, Alex Iwobi, Mesut Özil and Henrikh Mkhitaryan at your disposal, it's good to hit teams on the break and really make the most of their pace and vision.

The graph shows that Barcelona during the 2016/17 season were basically just a better version of Arsenal. Their radars are similar but you have to take into account the leagues they're playing in as well as the opposition they're regularly coming up against.

In La Liga, Barcelona, along with Real Madrid and perhaps Atlético Madrid, are comfortably the best team. They have the best player in the world in the form of Lionel Messi and the supporting cast of Luis Suárez, Neymar, Sergio Busquets and Andrés Iniesta isn't too shabby.

Enrique would have a talented squad at his disposal but they're not at Barcelona's level, and the Premier League isn't a three-horse race like La Liga. The arrival of Enrique, who has been linked with the Chelsea job, would have the Gunners playing the Arsenal way. It doesn't mean they'd enjoy the same success the 47-year-old did while at the Nou Camp.

Like Barcelona, Napoli are an upgraded Arsenal side. The graph shows they do everything the Gunners do, just better. The mastermind behind it all is Sarri. They're currently top of Serie A, four points clear of Juventus having played a game more. I Ciucciarelli are playing the best football across Europe but, unlike others who look to play the “right way”, they're ruthless about it. 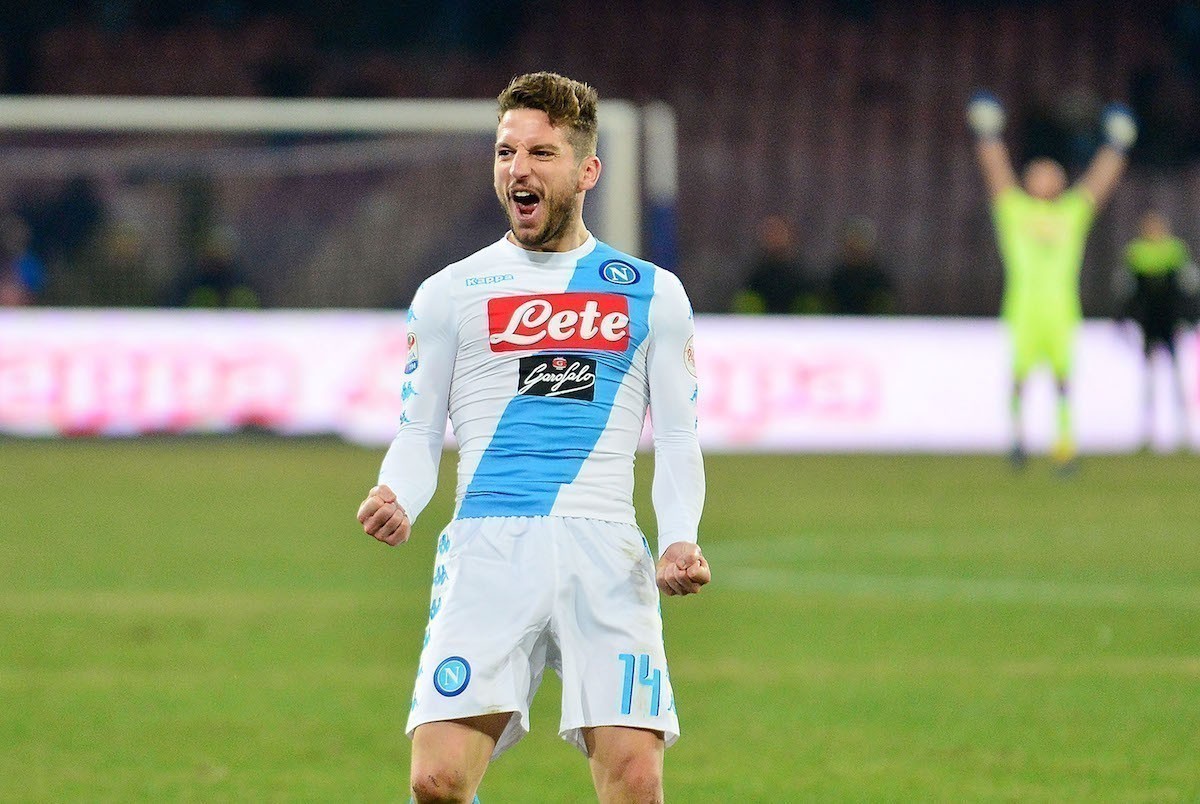 Napoli's is not an expensively assembled squad, it's just been intelligently put together. Sarri is the man who used Dries Mertens as a false nine and he's been a revelation there over the past two seasons. He's innovative and he knows how to get the best out of his players.

The rumours are that if the Scudetto is won there will be a mass exodus, with Lorenzo Insigne linked with a move to the Premier League, Mertens reportedly keen on a move to Barcelona and Jorginho being named as a Liverpool transfer target.

It's unlikely the 59-year-old manager would want to rebuild the squad, meaning it would be the perfect time for a club to tempt him away from Stadio San Paolo.

Atlético Madrid have been revolutionised by Simeone over the last six years. Going from occasional cup competitors to serial challengers at the top of La Liga and the Champions League, Los Colchoneros have surprised with their results and, more importantly, caught the imagination with their fast, incisive style.

Simeone has often lined his Atlético up in an incredibly compact rough 4-4-1-1 formation, with the emphasis on retaining their defensive shape. As the graph shows, it's completely different to how Arsenal play but not too dissimilar to Chelsea and Josè Mourinho‘s Manchester United side.

It's not easy on the eye but it gets results. So the board, as well as the fans, may have to overlook the style of football if the results are good enough. Simeone would have to bring in players he could trust, meaning there might be a squad overhaul, but if the Gunners want results against the bigger teams, he's a man who knows exactly how to go about it.