It probably shouldn’t come as a shock to anyone that Paris Saint-Germain have announced that they won’t be bidding £140million for Monaco’s Kylian Mbappé this summer.

Last week, French newspaper L’Equipe ran the story that the 18-year-old had told the club he wanted a move this summer, but nothing else has seemed to come of it.

Reports on Tuesday suggested that the Parisians were coming close, but after their £196million capture of Neymar, it seemed to lack any legs and it was confirmed by a report by on Wednesday that the French side had ended their interest this summer.

With Edinson Cavani and now Neymar in place, Unai Emery would have struggled to blend the teenager into the attack too. But that won’t stop other sides continuing to show an interest.

Mbappé has been a Manchester City and Real Madrid transfer target, and those two are the only other clubs in a position to make an offer.

If the Spanish giants want to go big, they could match what PSG were willing to pay and make Monaco a tempting offer for their young superstar. A huge fan of Cristiano Ronaldo, the striker would be interested in teaming up with his hero and he would be deemed a replacement and upgrade on Karim Benzema.

Pep Guardiola has been unconvinced with Sergio Agüero and dropped the Argentine at times last season, preferring Gabriel Jesus. City would need to pull out all the stops to sign Mbappé, but it could be seen as too good an opportunity to miss.

Who needs him more? We’ve looked at his key stats in comparison with the the three clubs' star strikers. Which club do you think could use his services more? 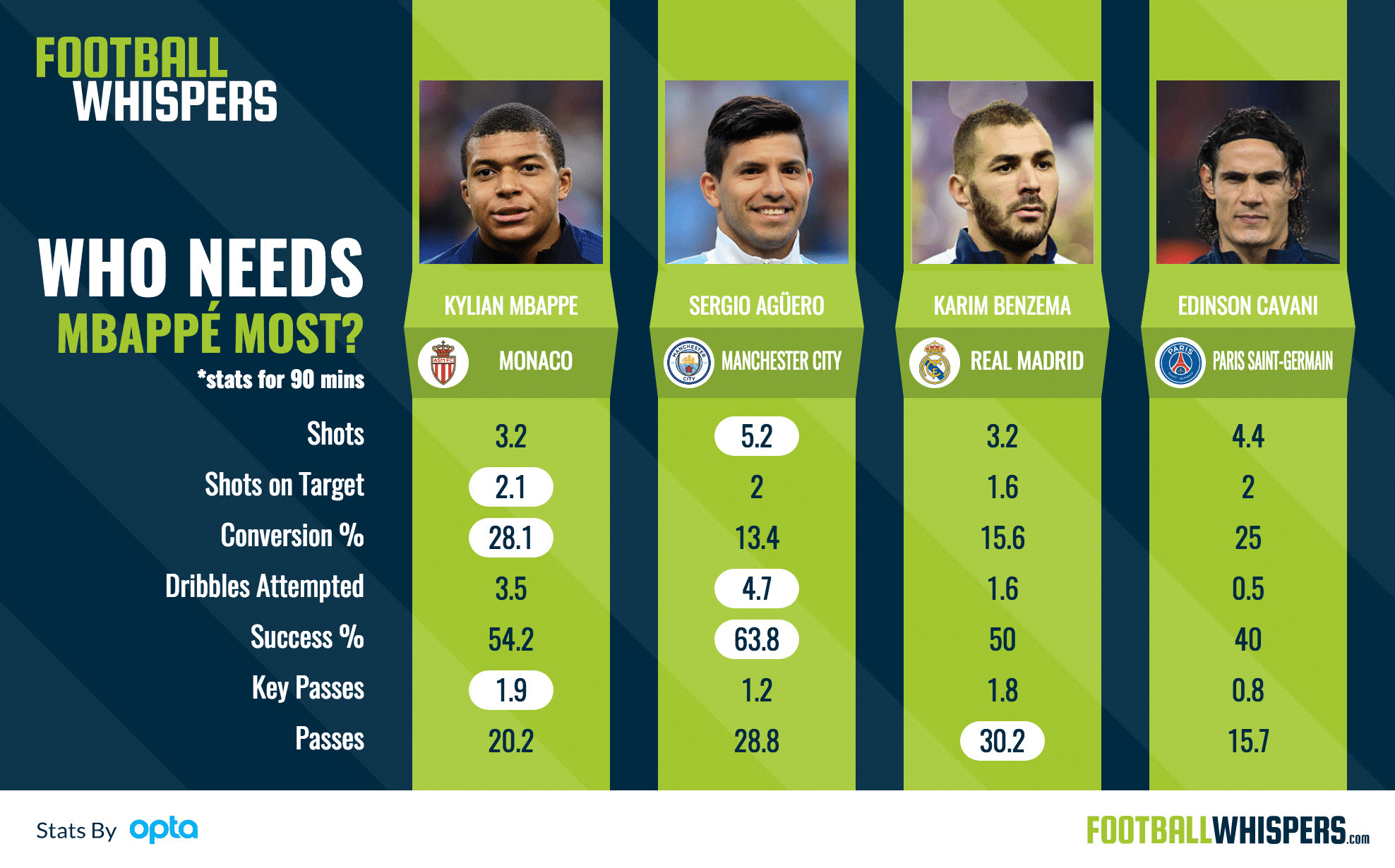