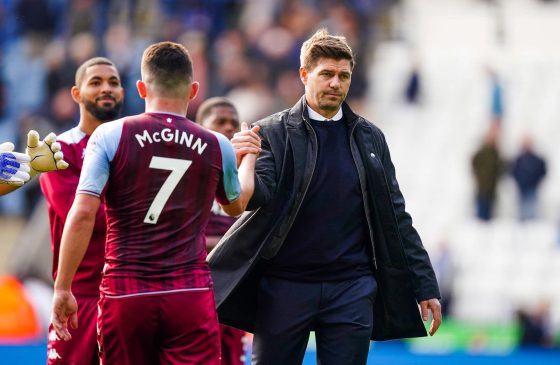 Aston Villa manager Steven Gerrard will have mixed emotions about his time at the club so far. On the one hand, he did improve things after taking over from Dean Smith. But on the other hand, it will not have been as much of an improvement as he would have liked.

So, as mentioned, clearly an improvement. But should the climb of just two places in the Premier League table be considered a success, particularly with the quality of players at the club?

Lucas Digne, Calum Chambers, and a certain Brazilian star by the name of Philippe Coutinho were all added to the existing roster in January, with the former Liverpool man joining on loan. That roster already included the likes of Danny Ings, Ollie Watkins, Douglas Luiz, Emiliano Buendia, John McGinn, and Emiliano Martinez among many talented others.

Last summer, many tipped that group of players to really come together and shine week in, week out, with talks of a top-six finish even in the air. But that wasn’t the case, with Smith first of all losing his job after five successive defeats.

Things did slightly improve, but Gerrard himself almost suffered the exact same feat just a few months later, when Villa lost four in a row between March and April. But the boss has clearly won the support of the board and has since been given further funds to try and climb the table yet again next season.

Coutinho’s permanent arrival will have Aston Villa fans licking their lips. But he isn’t the only bit of business conducted at this early stage, with centre-back Diego Carlos and midfielder Boubacar Kamara arriving from Sevilla and Marseille respectively.

Gerrard’s Liverpool connections were undoubtedly key to bringing in Coutinho permanently, with the two having played together at Anfield once upon a time. And if the latest reports are to be believed, the manager will attempt to bring another of his old friends to Villa Park this summer.

Liverpool legend Luis Suarez, who is set to leave Atletico Madrid in June upon the expiry of his contract, has been linked with a switch to Aston Villa. The move would create even more headlines than the sensational swoop for Coutinho did. 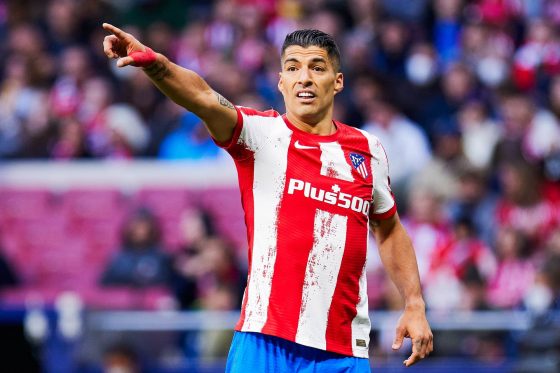 And there is yet another Liverpool man who the former Reds captain is reportedly monitoring, with defender Joe Gomez supposedly a target. Such interest has perhaps already faded, given the Villans have just landed fellow centre-back Carlos.

Another player hitting the headlines when it comes to Aston Villa is Rangers defender Calvin Bassey. Gerrard and Bassey worked together well in Glasgow, with the 22-year-old shining recently in Europe, both at left-back and at centre-back.

It’s worth noting here that the club’s transfer policy hasn’t exactly always gone to plan. While the likes of Ings and Coutinho have been a hit, there are players such as Morgan Sanson, Bertrand Traore, and Leon Bailey who may regret making the switch to Villa Park.

The manager will want to avoid mistakes in the market this time around, or he could find himself under real pressure from the powers that be.

How could Aston Villa line up next season?

With 13 wins, Villa’s recent 14th place in the table slightly lets them down. It’s the same number of wins as Newcastle and Brentford – who finished above them in the table – and actually two more than Crystal Palace’s number of wins (11), with the Eagles finishing in 12th.

Losses, on the other hand, were most certainly an issue. Of course former boss Smith must take some of the blame for the club’s 19 losses last time out. Only Watford, Norwich and Everton lost more games, with the first two suffering relegation, and the Toffees just about staying up.

Scoring goals, however, seemingly wasn’t the problem. Villa hit 52 in the recent campaign, with only eight clubs scoring more. That then will more than likely mean that the hugely effective Watkins will lead the line next season, with Ings a simply fantastic backup option.

Only five goalkeepers meanwhile kept more clean sheets than Martinez (11) last season. He will, of course, retain his spot between the sticks.

But despite that super record, the goals conceded column is simply too high for a club aiming to clinch European football. Aston Villa conceded 54 times last time out, with relegated Burnley conceding 53.

Digne and Cash should continue their roles in left-back and right-back respectively, while new face Carlos is expected to walk straight into a somewhat shaky central defence.

It will be very interesting then to see if the boss will partner him with club captain Tyrone Mings, or else Ezri Konsa, who should hopefully return from a knee injury near the beginning of the next campaign. Calum Chambers is another who may have his sights set on a starting role. 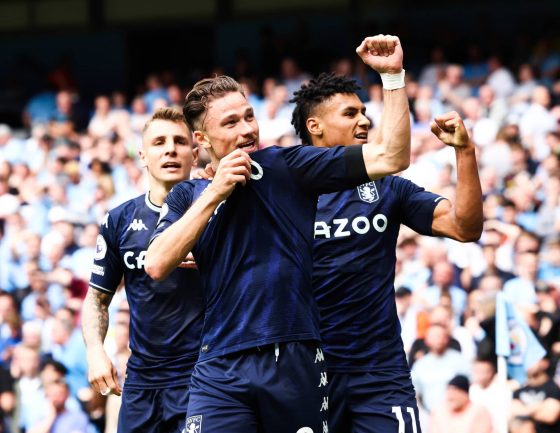 Is midfield the most difficult area for Gerrard?

Another area for improvement, as noted by many supporters of the club, is midfield. Both Southampton and Leeds completed more passes than Aston Villa last season. The Villans have reportedly been chasing Leeds defensive midfielder Kalvin Philips, but such interest may have waned since the arrival of Kamara.

On paper, the club’s midfield trio of John McGinn, Douglas Luiz, and Jacob Ramsay is hugely impressive. That could, of course, be broken up this summer. Both McGinn and Luiz have been linked with moves to clubs higher up in the table.

New arrival Kamara meanwhile will have his own plans to disrupt that trio. The 22-year-old can play central midfield but feels much more at home in a defensive midfield role. He could be the new anchor in Gerrard’s setup, perhaps coming into the manager’s thoughts ahead of Marvelous Nakamba.

With Coutinho and Buendia more than likely occupying the two attacking positions in front of that midfield, it looks like a side more than capable of holding their own against the very best in the league.