John Terry – Captain, Leader, Legend. But is his time at Chelsea over?

Chelsea fans have long understood that there’s no room for sentimentality when it comes to making decisions about the future of their star players, no matter what they may have achieved in the past for the club. Age catches up to everyone eventually, and it could be time for the captain to bid farewell.

Of the Chelsea team that started the 2012 Champions League Final, only Gary Cahill and John Obi Mikel remain, showing the rate at which the Blues have discarded their former stars. John Terry is another of the remnants, but it’s looking increasingly likely that he’ll leave the team at the end of the season, bringing an end to one of the greatest squads in their recent history.

Top scorer Frank Lampard was another Chelsea legend who found himself surplus to requirements fairly rapidly, and arrived at Manchester City via New York City FC. Even their world-class goalkeeper Petr Cech was eventually displaced, despite showing no real dip in form over the last couple of seasons before he left. He ended up moving to Arsenal, which left Terry displeased with the idea of strengthening a rival.

So what about the captain who infamously got changed into his kit after that Champions League Final game in 2012? Here’s what he had to say when he broke the news about not being offered a new deal by the club;

They said that, when the new manager comes in, things might change but it’s a no at the minute. I needed to know now, like I have done every January and sometimes it takes a couple of months to get done. Unfortunately, it was a no. I’m going to be playing out my career elsewhere, which it took me a couple of days to get over. But, like I say, I knew before the Arsenal game and my performance isn’t going to change: the way I train, what I give for the club. I want to give everything and finish on a high, on 100% good terms with the club.

Terry’s battles with recurring pain and injuries have been well documented over the years, but retirement seems to be off the cards for now. Just where could the talismanic defender end up plying his trade? 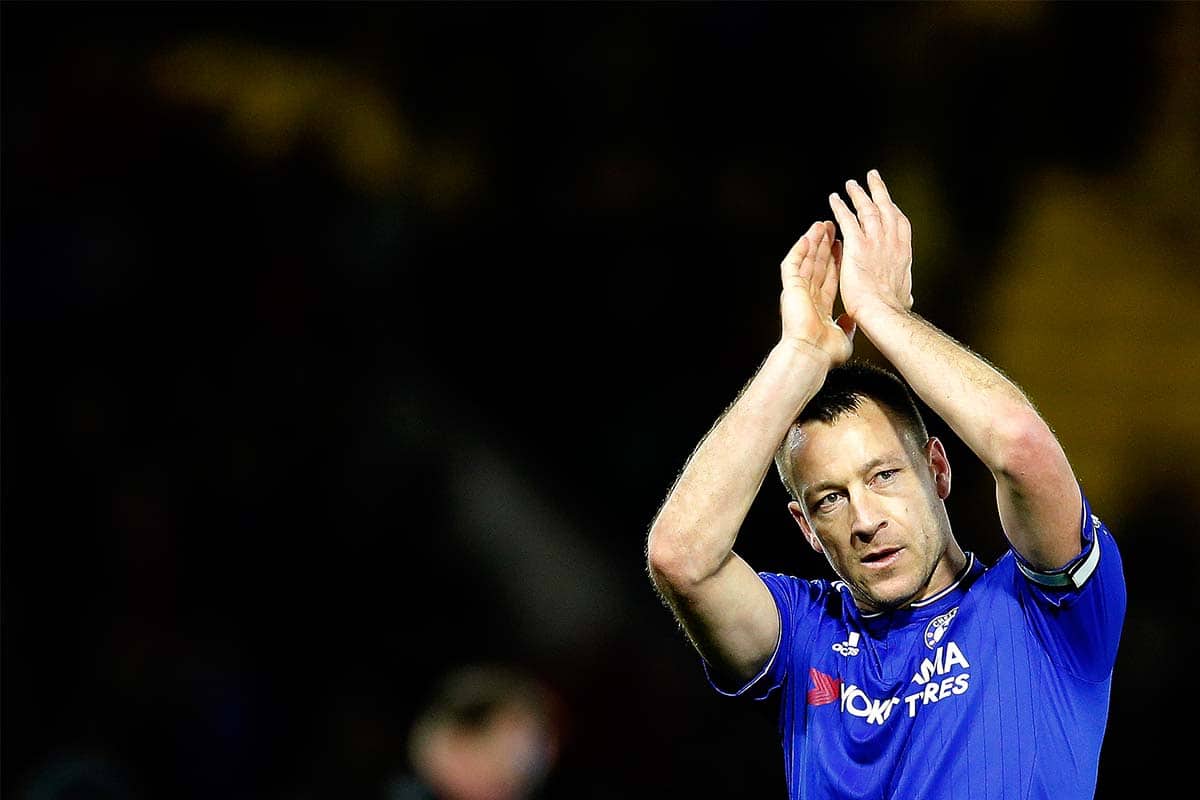 Of all of the locations we’ll discuss, the MLS will be the most viable option for the former England skipper. Even with his well-documented past issues, he would still be a relatively big draw in terms of interest and shirt sales, along with the fact that he would improve most backlines if his talents were utilised correctly. Whether or not he would be ready for the change in culture is debatable, but that’s a decision that he’ll have to face in the coming months. (It’s worth noting that both Lampard and Steven Gerrard have struggled since making the move, while Drogba has been prolific for Montreal Impact.)

It’s highly unlikely that Terry will move to another club in the Premier League, and he himself said that he couldn’t do it to the Chelsea fans who supported him over the years. Lampard and Cech may have had no problems with moving to a rival team, but the situation here is different, and it seems like he doesn’t want to sully his legacy by facing off against his old side in a competitive fixture.

A plausible option could be a big money move to one of the emerging football markets, such as Qatar or China. Terry’s hardly short of a few bob, but he doesn’t have long left if he wants to get maximum profit from a career that is already well into its latter stages. There are reports that numerous Chinese clubs are interested, while there are also rumors of him joining up with ex-teammate Gianfranco Zola, who is the current manager of the Qatari club Al-Arabi. There’s no doubting that he would raise the profile of a team of that stature, but it would represent an overall quality of football which is a world away from the usual seen at Stamford Bridge.

Then again, he could still prolong his time at the Blues, and the club haven’t completely dismissed the idea of him staying on. To their credit, the club issued a reply to his statement almost instantly, which showed that Terry hadn’t burned any bridges (yet) with his current employer;

John requested a meeting with the club the week before last and, in that meeting, he asked about the possibility of an extension to his existing contract. John was advised that, while no new deal was currently on the table, that situation could change in the coming months.

The club has the utmost respect for John and everything he has helped us achieve to date. He is a fantastic servant to Chelsea and a superb captain. As such, the club will keep the channels of dialogue open.

It doesn’t sound like they want him to leave, but they don’t sound too fussed either way. In this game, they’re keeping their cards close to their chest. 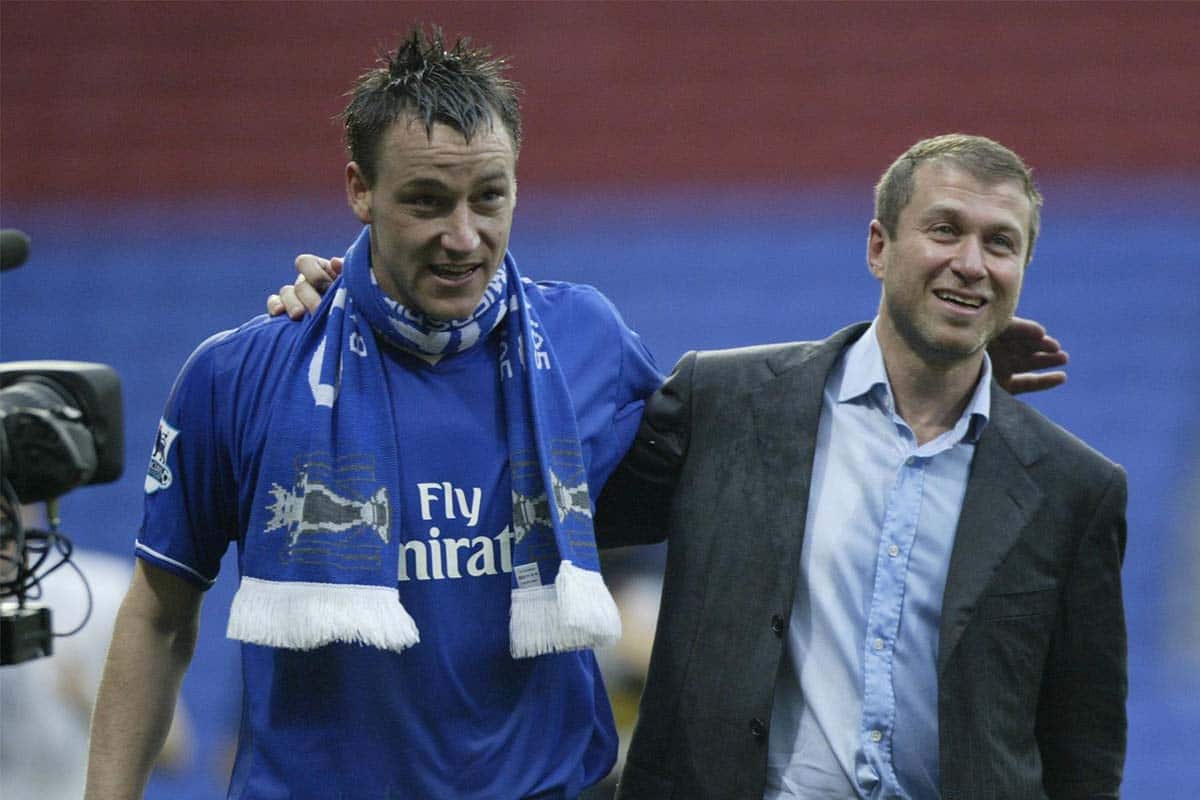 The way Lampard, Cech and the rest were discarded so easily must leave Mr Chelsea worried that he could be next for the chop. A lot will depend on the new manager, but it’s safe to say that it wouldn’t be all that surprising if he doesn’t manage to procure a new deal.

It’s also worth pointing out that Terry hasn’t suffered from a noticeable dip in form despite his advancing years, and was one of the standout players during the Blues’ march to the title last summer. Unlike many players of a similar age, he still has the ability to produce the goods on the pitch, and his consistency over the years has never seemed like tailing off. Chelsea have wobbled this season, but how much of the blame should be attributed to their captain? It’s hard to say for sure, but it would be unfair to pinpoint Terry as the source of their woes.

Either way, he’s likely to be inundated with offers from across the globe, and he’s determined to keep playing. History suggests that he’ll be on his way, and though it could be detrimental in the short term, it’s worthwhile to follow the mantra that the club is always bigger than the player. (Even if the player is a physical embodiment of the team.) If he does move away, the Blues could be open to a new style of play, similar to the high line played by Andre Villas-Boas during his disastrous tenure, which failed in part thanks to Terry’s famed lack of pace.

It might be the end of an era at the Blues, but there’s still a chance that Terry could stay on, either with a properly managed playing schedule, or in a lesser role as Kurt Zouma continues to make gains in the first team. It also depends on what they plan to do in the transfer market over the summer. It’s hard to imagine Chelsea without Terry marshalling the defence, but it was always going to happen sooner or later. Terry has been a great servant to the club, but he was paid handsomely for his efforts, and there’s no sense that the club has been unfair in their dealings so far. A retirement move could be next on the agenda, and the defender still has a lot to offer.

The majority of fans would prefer him to stay, but they’ve come to realise that the club has no problem disposing of personnel if they no longer fit into their plans.