Out of favour forward Marouane Chamakh has been linked with a move to West Bromwich Albion or Norwich City.

The former Arsenal striker had been taken on a trial at West Bromwich Albion, but lasted just 26 minutes of a match with Indian side Delhi Dynamos on Saturday before limping out with an ankle injury.

Having been released by Crystal Palace at the end of last season, Chamakh had been hoping to impress manager Tony Pulis in the practice match at the Hawthorns, but it was all over when Delhi centre-back Anas Edathodika put in a high challenge.

Edathodika was hooked off immediately, but that is little compensation for out of contract Chamakh, who still has a lot to prove in the Premier League. To compound the misfortune his replacement, teenage forward Jason Smith, notched the WBA winner in a 1-0 win.

Moroccan international Chamakh endured a disappointing spell in South London – scoring 10 goals in 66 appearances in total – failing to score in nine Premier League appearances last season as Alan Pardew kept the forward on the fringes of the first-team squad.

Pulis has been left with a major job on his hands if he wants to avoid a relegation dogfight this season, while Baggies fans have voiced their ire at a perceived lack of ambition shown by the club in the transfer market, and on the field.

Despite the lack of arrivals, sections of the West Brom ‘Twitterati' have rallied against a permanent move for Chamakh; it is still unclear as to whether or not he will be able to secure a short-term deal with the club. 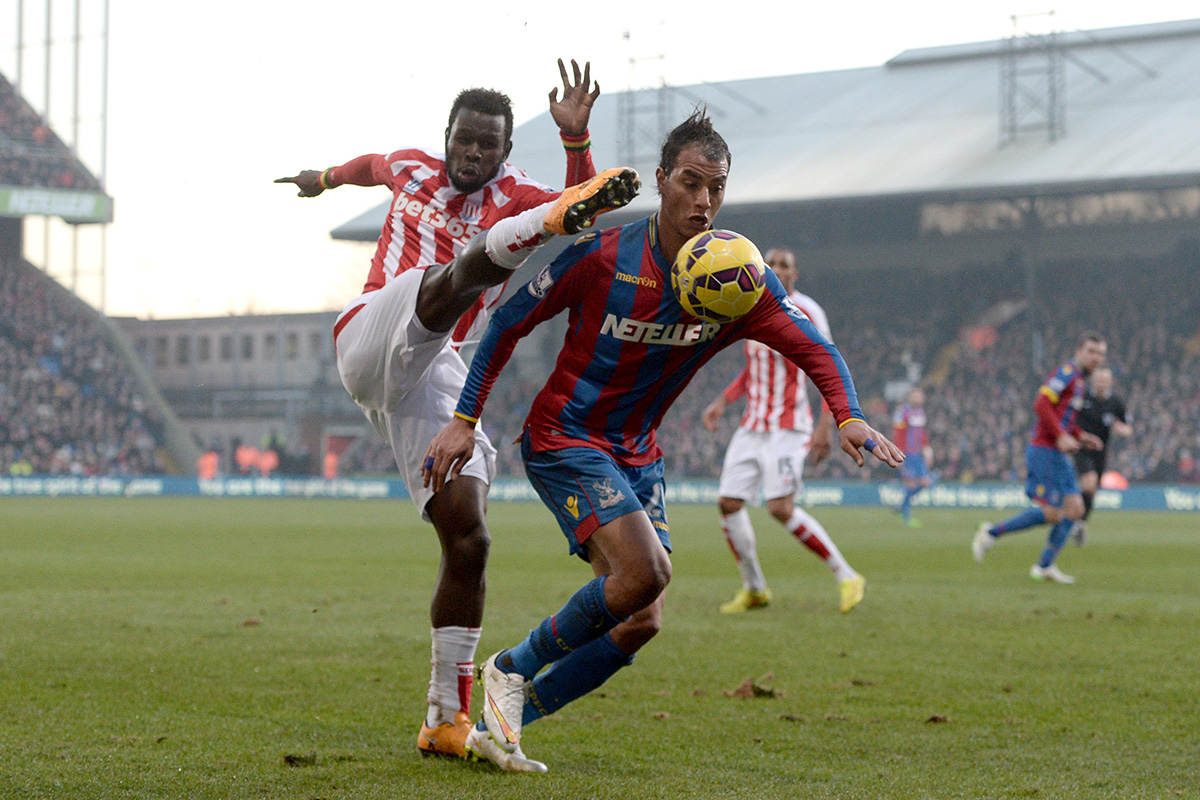 Chamakh has notched only 15 Premier League goals over a six-year spell – 103 games – at Arsenal, Palace and West Ham. A ratio of 1.5 goals every ten games is a terrible ratio for any player looking to solve attacking issues, and it makes arguments from fans more understandable.

With the market closed for business, choices are limited, and additional players shouldn’t necessarily be sniffed at when squads start creaking after a few months of action.

Chamakh may not represent Baggies' fans ideal signing, especially when compared to the summer target Odion Ighalo, for example, but it’s not like there is a wealth of talent out there waiting for a call.

Hal Robson-Kanu should be a better option in the long-term: at 27, he is five years younger than Chamakh, and is a key member of the Wales set-up – he came on as a substitute in Monday's 4-0 win over Moldova in the World Cup qualifiers.

At present, the club only have three recognised first-team forwards on their books: Salomon Rondon, Saido Berahino, and Robson-Kanu. It’s down to Pulis to decide whether he has enough between that trio to see his side through until January.

The Football Whispers Index score currently stands at 1.1 for a move either West Brom or Norwich City – could the Canaries offer the player a lifeline if it falls through at the West Midlands?

Chamakh is believed to have suffered no long-term damage from the knock that forced him off last Saturday, so there is still a chance that he could sign a contract in the next few days.

Whether the trialist will return to the bright lights of the Premier League or be drafted in to help Norwich's promotion push is likely to be decided within the next 24 hours ahead of this weekend's fixtures.