He arrived as a boy, and he leaves as ‘their’ boy.

El Niño – the kid – he was monikered as soon as he pulled on Atlético Madrid’s shirt. From then on that is how Fernando Torres was always known. He may have grown up, left the club, ventured around Europe and won a trophy with Spain, but he still remains the adopted child for every Atleti fan.

Torres’ confirmation that he is leaving the club has brought about a grieving process in the red and white half of Madrid. Even elsewhere, it has touched a nerve. Rivals saw Torres grow up and become a symbol of Spanish football, too. Marca made a nod to it in their front cover addressing Torres' exit, declaring him “the child we all carry inside”.

“It has not been an easy decision. Looking at the reality, the circumstances, perhaps it’s for the best. I accept that I’m not having much of a role, so perhaps this is the moment to step aside for others,” stated an emotional Torres as he confirmed his exit, showing the typical brand of humility that his won him fans, and beyond that, seen him become an idol for many more.

While he doesn’t gallop with the aplomb he once had, it still tugs at the heartstrings to see him leave. With his minutes reduced drastically, Torres had firmly taken a backseat at his boyhood club.

Talk of a move to China emerged in January but with Atleti’s squad frighteningly slim, Torres stuck around. Diego Simeone has reiterated how much the striker means to the club, but at the same time his actions suggested something different – that it was time to move on. Reports of a rift between the two emerged which threatened to go public as various characters around the player, coach and club got involved.

There are still things to accomplish, however, and even the possibility of going out with all guns blazing. Torres is still stuck on 99 goals in La Liga, and would ideally like to reach the 100 milestone before heading off into the sunset.

With 393 games in an Atleti shirt, there is also a 400 target, though that one will be extremely difficult heading into the final stretch of the season and with Torres’ minutes limited.

The dream for Atleti is victory in the Europa League, climaxing with a final in Lyon. Then, should they win, a return to the Neptuno fountain in Cibeles. Torres parading the trophy and thrusting the scarf around the famous monument would be a fitting, beautiful end to their relationship.

After that, though, where to next for Torres? The 34-year-old stated in his goodbye address that he wants to keep playing “for two, three or five years” yet, so we might still see him at possibly two more clubs before bowing out.

MLS is certainly in pole position to pick up Torres. The league may well be changing in terms of attracting younger stars, but the giants of yesterday from Europe still have a place.

His strike partner of many years with Spain, David Villa, will no doubt be on the phone selling Torres a move Stateside.

In terms of physical condition Torres is still looking strong, and his pace hasn’t completely gone. He’s still firing in 2.8 shots per game in his restricted playing time this season, though his expected goals, at 0.52, hasn’t quite been hit as the Spanish striker sits on an actual number of 0.40 goals per outing. 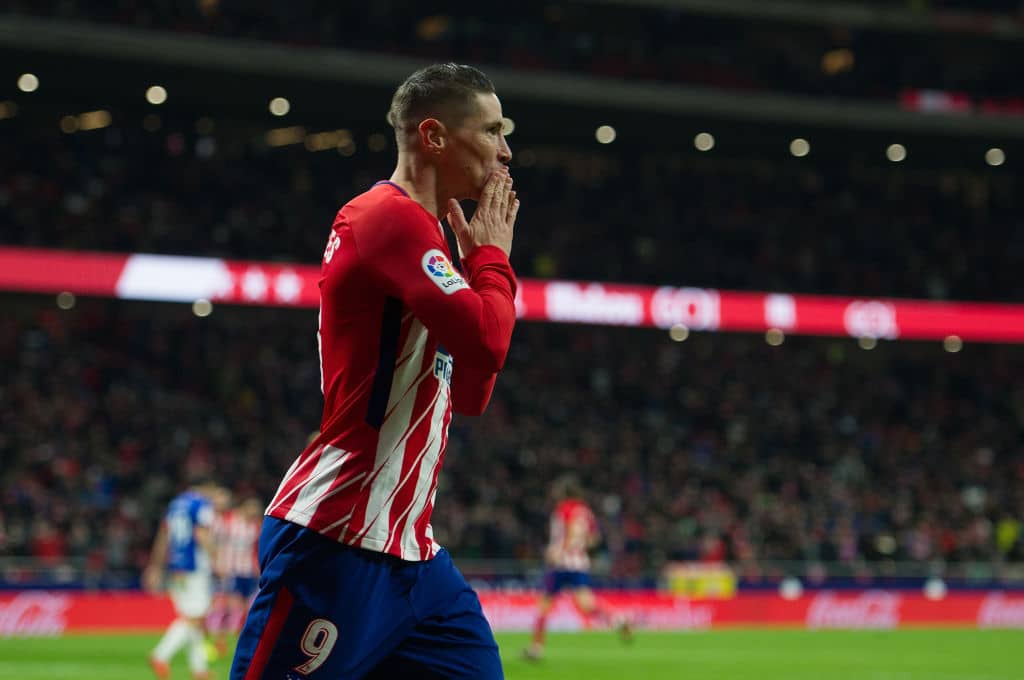 Zlatan Ibrahimovic’s recent arrival has put MLS back in the spotlight, too, after China threatened to takeover from it in terms of pulling power for the big-name signings.

Torres’ English is excellent too – same goes for his children – after spending several years in England with Chelsea and Liverpool, while his appeal there will be significant given the support of both clubs in the USA.

Then there is China. It’s an option that simply can’t be ignored and one that is potentially more likely given links between Atleti and East Asia. Dalian Wanda Group are now linked together with Atleti, and since that partnership was struck up both Nicolás Gaitán and Yannick Carrasco have made moves to another club part of the group, Dalian Yifang.

It was already rumoured in January that Torres would leave for China and the chance of a huge final payday plus chance to experience a new culture are of significant appeal.

No chance for Europe

A stay in Spain, or a move elsewhere in Europe, can be completely ruled out.

The feeling is Torres has done all he wanted in Europe up until now, and there is also the issue of his decline to take on board. His first touch and general mobility has declined rapidly, and it would be a big ask for any team to take on his wages when at such a stage in his career.

Antonio Sanz, who represents Torres’ agency, Bahia, immediately stubbed out the possibility of a move to a European club and insisted the two main options are China and the USA.

“I feel physically and mentally able to keep playing. I am in good shape and I will look elsewhere for games,” continued Torres, declaring his intent to still make a mark on the game in some way.

Someone is going to still get a superstar in part when Torres leaves Atleti at the end of the season; in character, in experience, in achievements – he still has the looks at 34, too.

Until then he still has some unfinished business – if Simeone allows him to complete it that is.