After falling out with Brazilian superstar Neymar, there is talk that the former Barcelona forward is looking to force Edinson Cavani out of Paris Saint-Germain.

They had a disagreement over two set-pieces in PSG’s 2-0 win over Lyon and L’Equipe reported that the two players nearly came to blows in the locker-room after the game.

Spanish newspaper Sport suggest that Neymar has told president Nasser Al-Khelaifi to sell the striker as the relationship is beyond repair.

Dario Gol claim that Khelaifi has offered the Uruguayan to Real Madrid president Florentino Pérez as the Spanish giants are light up front after selling Álvaro Morata.

Premier League clubs have always been interested in the 30-year-old, with Arsenal and Manchester United long-time admirers. Now, this week, he has become a Chelsea and Everton transfer target too.

But who would suit the star striker more? We break down the interested clubs and look who Cavani would be best served by joining if he decides to leave Paris. 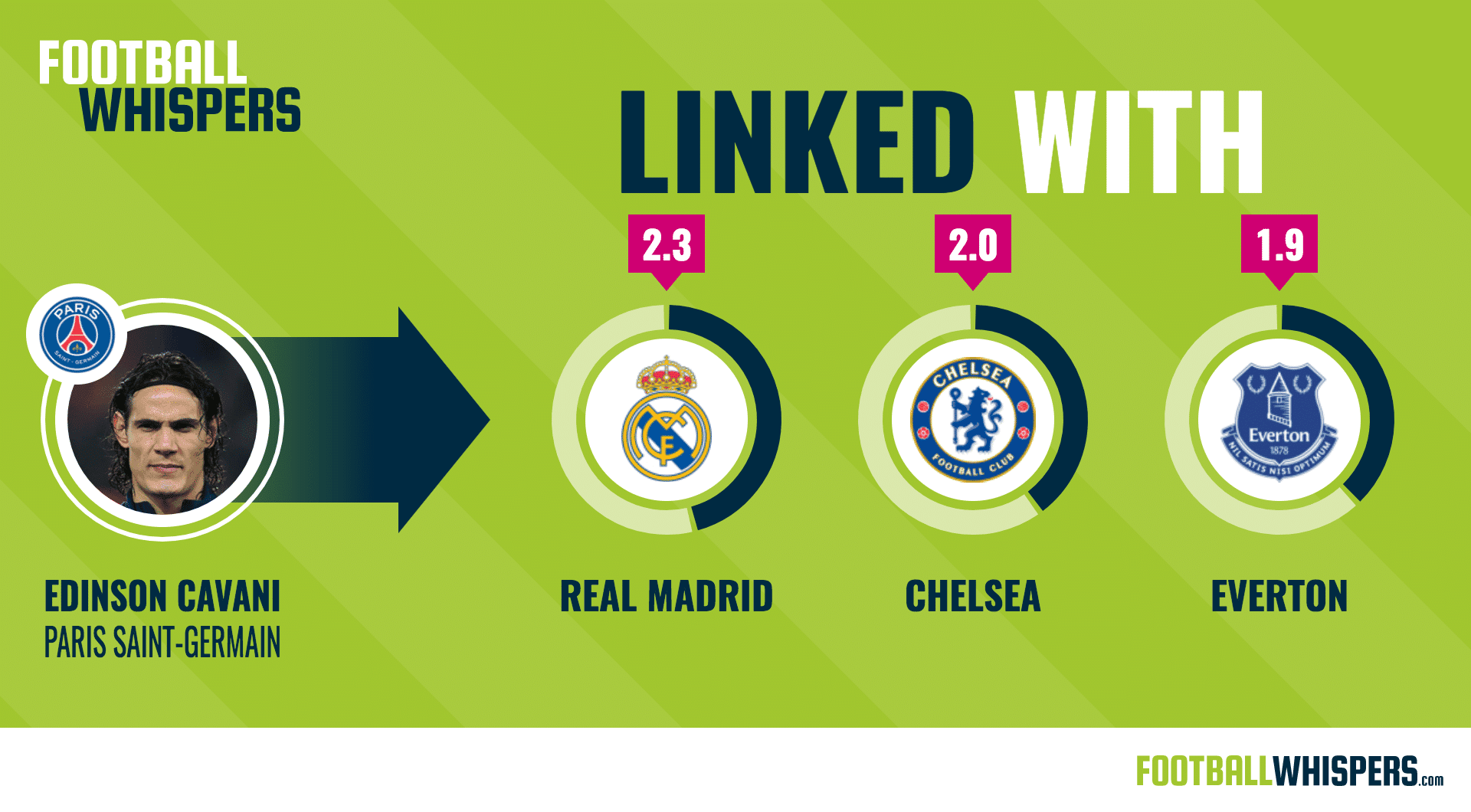 Morata joined in the summer and the Spanish striker has started very well. In five Premier League games, the 24-year-old has three goals and two assists.

With Diego Costa set to finally join Atlético Madrid, the Blues may need another striker in their squad.

Michy Batshuayi has played the back-up role superbly this season, scoring a hat-trick against Nottingham Forest, and should be given a chance to play as Morata’s alternative.

It’s very unlikely that Cavani would move to Stamford Bridge. If Neymar is successful in pushing the Uruguayan out of Paris, he’ll want to go somewhere he is the star and the No.1 option; that's just not possible at Chelsea.

Although Cavani is one of the best strikers in Europe, Antonio Conte won’t want to rock the boat after recovering from an opening day defeat to Burnley. 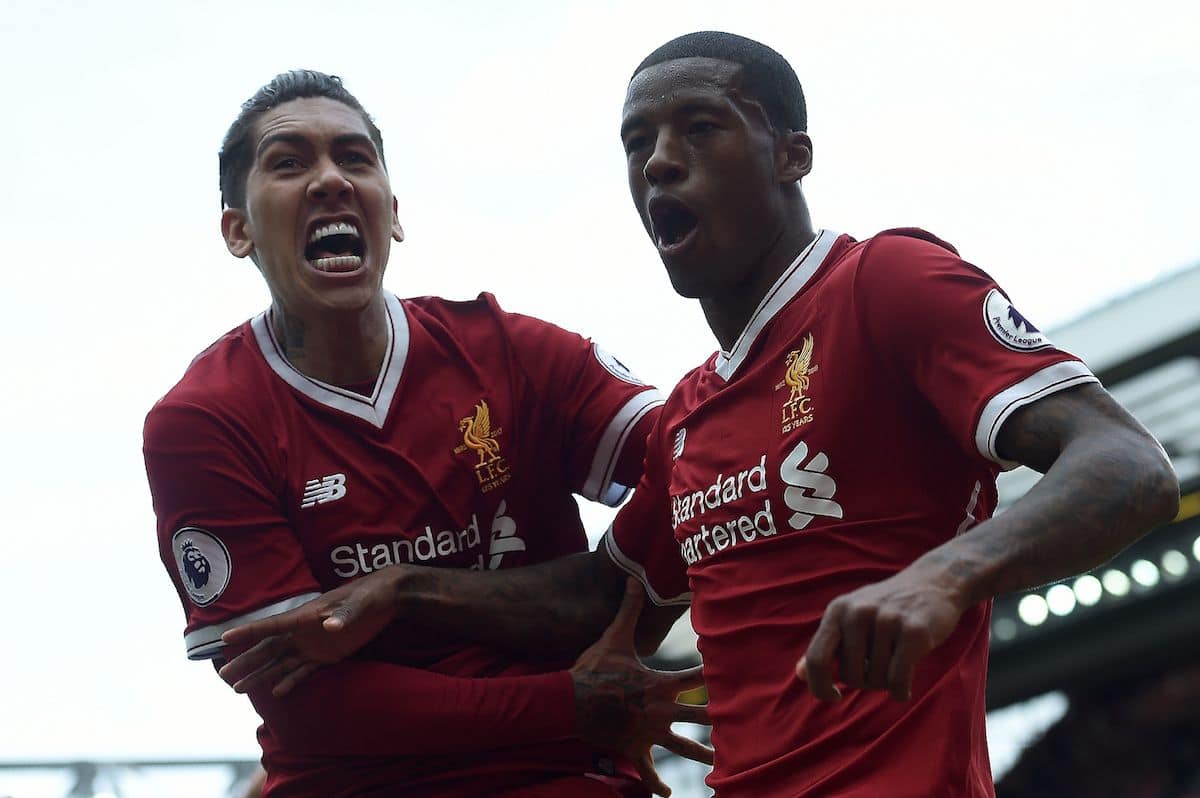 Jürgen Klopp is facing questions about how he has built and developed this current Liverpool side.

The centre of their defence is the biggest problem and likely the area they will have to improve in January to get their title aspirations back on track.

However, the chance to land a deadly centre-forward can’t be over-looked.

Cavani scored 35 goals in Ligue 1 last season and putting him in a forward-line with Sadio Mané and Mohamed Salah would create an even deadlier attack than the Merseyside club currently have – no disrespect to Roberto Firmino.

Regardless of what you think of the 30-year-old as a finisher, his movement ranks him as one of the top five forwards in Europe.

Money may be an issue though. Klopp needs to go big for a centre-back in the next window. Buying in January is never cheap, so any push for another high-profile target, especially one that wouldn’t be able to play in the Champions League, may have to wait until next summer. 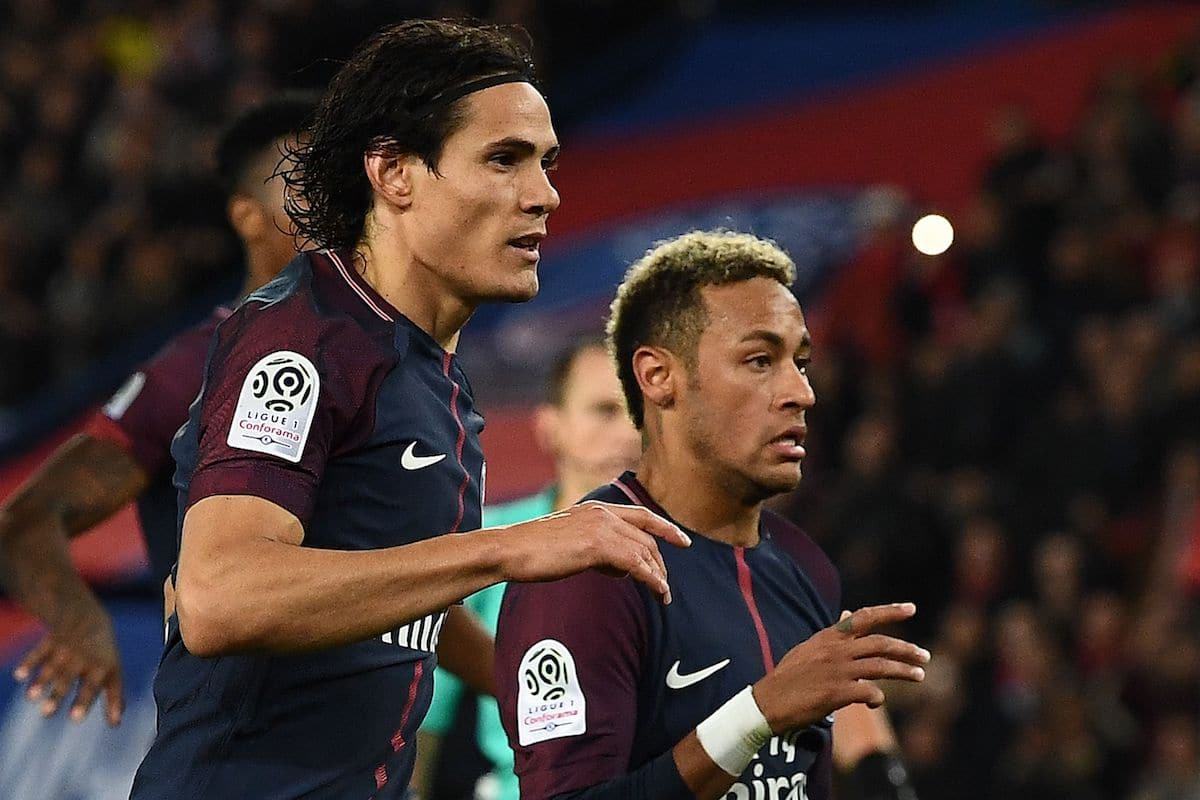 Arsène Wenger spoke about it costing £70million to replace Alexis Sánchez next summer. Many believe that the French boss could use that money on a wide player such as Monaco’s Thomas Lemar. However, if available, that could be spent bringing Cavani to the Emirates.

Linked often in the past, before this summer Cavani was exactly the type of signing Arsenal needed. Buying Alexandre Lacazette for a club-record fee is the London club signing a centre-forward for the future.

The former OL striker could play behind Cavani in the role Danny Welbeck is currently impressing in, but it's a gamble on a 30-year-old that might not work.

Bringing in Cavani would only upset the balance in Arsenal's attack. They still have Olivier Giroud and Welbeck. The Gunners need a forward who is more comfortable playing wide, not a penalty-box striker.

It may have seemed unthinkable before this summer, but Cavani is exactly the type of forward the Toffees should have been pushing for.

Obviously, then, Cavani wasn’t available, but now, if the Uruguayan is on the market, Everton should do everything to make it work.

They lost Everton are to try and close the gap between them and the top six, climbing towards the Champions League places, this would be an ideal situation for them.

With the backing of Farhad Moshiri, Ronald Koeman’s team may be able to match PSG’s wages and bring in a forward capable of filling the hole the Belgian left, also making them a much stronger proposition.

With Gylfi Sigurðsson, Davy Klaassen, and the likes of Leighton Baines out wide, Everton have the ammunition to provide Cavani with the sort of service he craves.

He could play up front in the 3-4-2-1 as the lone forward. He could play beside wingers, or even with Sandro Ramírez in a two-man attack.

If Everton have to pay more than £50million to land a top-level striker and put the likes of Arsenal under-pressure for their spot as one of England’s elite clubs, it would be worth every penny.

The Goodison Park attack has looked a little one-dimensional and sluggish this season. Cavani’s instincts, and ability to finish off one-touch chances, would make them a much more unpredictable outfit.