When Claude Puel was unveiled as the new Leicester City manager in October, the club’s vice-chairman, Aiyawatt Srivaddhanaprabha, called him ‘a perfect fit.'

Since those wild, triumphant days under Claudio Ranieri, Leicester have become known for their white-knuckle counter-attacking style. Absorbing pressure before springing a devastating attack, it was simple but remarkably effective.

It helped the Foxes defy the odds to clinch the Premier League title by maximising the attributes of their attacking players, mainly Jamie Vardy, Manchester City transfer target Riyad Mahrez and Shinji Okazaki.

But here they were, appointing a man who seemed at odds with the club's philosophy, a man who was let go by Southampton at the end of last season after failing to sufficiently impress the club's hierarchy.

The Frenchman led the Saints to an eighth-placed finish in the Premier League and the final of the Capital One Cup, where they narrowly lost out to Manchester United. However, his defensive style of play proved unpopular and the squad grew increasingly disgruntled at the manager's rotation policy.

While some argued he was the victim of unreasonable expectations at St Mary's, others were glad to see the back of him. His dour manner during interviews and press conferences didn't help fans connect with him but the dismal failure of his successor, Mauricio Pellegrino, brought Puel's solid progress into perspective.

Regardless, Puel, far from the most engaging touchline presence, seemed a curious appointment.

Leicester had been impressed with Puel's interviews. The 56-year-old was deeply knowledgeable of the club and squad. It's difficult to imagine executive-types being engrossed by Puel's personality but whatever he said certainly resonated.

Talking the talk is one thing, particularly for a manager trying to land a job, but Puel appeared to walk the walk, too.

His arrival triggered an upturn in Leicester's form. They beat Everton in his first game and, while they only took two points from their next three against Stoke City, Manchester City and West Ham United, a run of four straight victories followed that.

However, results have been mixed since then and, while Leicester have moved up five places in the league to ninth under Puel, increasing angst over the coach's training sessions and decisions regarding personnel have combined to darken the mood, so much so that national newspapers claim his departure looks increasingly likely.

Following Saturday's withering defeat to Crystal Palace, beaten 5-0, talk of unrest under Puel has only grown.

So how has it come to this for Puel? Having already been discarded by Southampton, he is in danger of ending a second consecutive season with his P45 in hand.

Let's look at where it has gone wrong for the former Lyon coach.

Puel shored things up at the back. In his first 15 matches, Leicester conceded an average of 1.2 goals per game, down from 1.7 in the previous campaign. He also oversaw five consecutive clean sheets in all competitions starting from New Year's Day, but the Foxes have only kept three in the 14 games since. 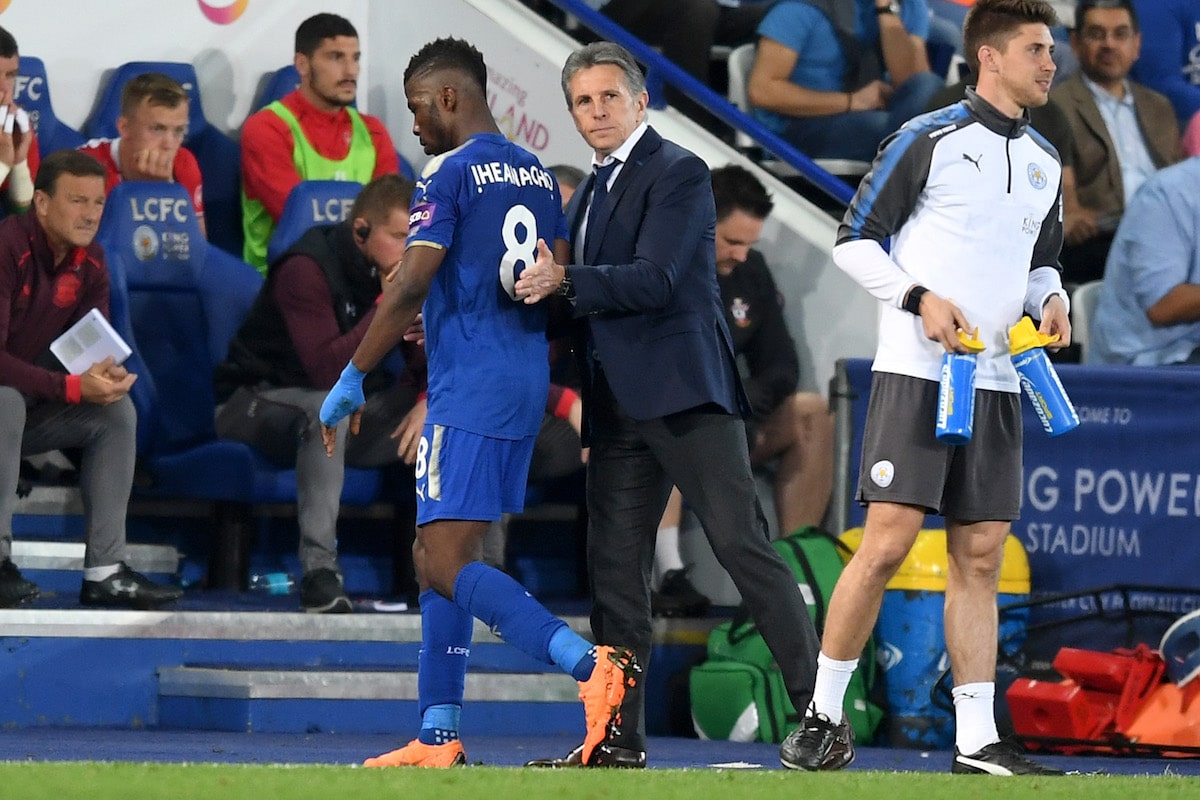 One of Craig Shakespeare's biggest mistakes was reverting to Ranieri's rapid counter-attacking style. Leicester lost N'Golo Kanté and Danny Drinkwater to Chelsea in 2016 and 2017 respectively and teams had generally worked out how to combat the Foxes' approach.

Puel urged the players to exercise patience. With a more methodical and considered approach to building attacks, Puel believed he could get the best out of Mahrez and Adrien Silva, the Portuguese midfielder who officially joined in January.

Under Puel, Leicester have averaged higher possession and make more passes per game, which has brought out the best in Mahrez, Leicester's most accomplished technician.

While the Algerian's head was turned by Manchester City's interest in January, he has flourished under Puel, with nine goals and seven assists. However, the last of thos came six weeks ago and Mahrez has not looked at his best recently, particularly in the defeats to Burnley and Newcastle United.

A recent Daily Telegraph article reported that Puel's relationship with his squad is strained, with several senior players disillusioned with his regime. One can only speculate, but it's entirely possible that Mahrez – whose temperament has often been questioned – falls into that category.

Perhaps the most revealing indicator of Leicester's progress – or lack thereof – under Puel was failing to beat Swansea City, Stoke, Bournemouth, Newcastle and Southampton at the King Power Stadium during a run of fixtures from which you would expect the Foxes to pick up points.

Considering Leicester's owners pumped £80million of new talent into the squad last summer, they have sufficient reason to expect better. While Puel did not sign Kelechi Iheanacho, Harry Maguire, Vicente Iborra and Silva, their lack of consistency is possibly a barometer of intensity and structure being absent from Puel's leadership.

After a mauling at the hands of Crystal Palace, Leicester's remaining trio of fixtures consists of home games against West Ham United and Arsenal as well as a visit to Tottenham Hotspur. They might be comfortable in mid-table but Leicester can ill-afford a lackadaisical approach to the final few weeks of their season.

A failure to rediscover their killer instinct will almost surely push their manager towards the exit door. Then again, there remains the possibility that some of his squad wouldn't view that as the worst thing in the world.