Everton, through a combination of their seventh-place league position and Manchester United’s victory in the 2016/17 EFL Cup, will return to the Europa League next season – the first time since 2014/15.

Ronald Koeman will, however, have to learn from his managerial predecessors if his side are to enjoy a concerted European run. In previous campaigns, under the guidance of Roberto Martinez and David Moyes, the Toffees struggled to balance domestic and continental action.

Everton have suffered defensively through injuries at times this term and the age of their key players in this area is a worry. Phil Jagielka, Ashley Williams and Leighton Baines are all well over 30 and successors, never mind competitors, are required in their positions.

In addition, the goalkeeping quandary has persisted. Joel Robles has put in some assured displays, though he remains in rotation with Marten Stekelenburg. A true No.1 must be found ahead of the club’s upcoming European campaign.

Further forward, the threat of Romelu Lukaku departing remains a concern. The Belgian has found the net more times than anyone else in the Premier League with 24 goals in 2016/17, but a replacement must be identified.

Behind Lukaku, Koeman could do with a true creative presence, a playmaker and natural No.10, to support to hulking forward as Ross Barkley has not

Here, we look at the players Everton could target to boost their squad in the summer.

Jordan Pickford and Jermain Defoe the only players clapped down the tunnel. The rest booed. #'safc

Sunderland have endured a dismal season, with relegation to the Championship confirmed with a 1-0 defeat at home to Bournemouth on Saturday, but a couple of players have ended the campaign with credit.

Goalkeeper Jordan Pickford, who has been linked with rivals Newcastle United, has been the star of the show, calling upon sharp reflexes and strong hands to minimise the embarrassing scorelines.

At just 23, the stopper is a relatively early starter considering his position – most goalkeepers don’t peak until their 30s. However, he has shown real maturity, consistency and reliability in difficult circumstances to earn interest from other Premier League outfits.

Everton are one of the teams mentioned as a potential destination for Pickford who was handed a first England call-up earlier this season. Koeman’s squad would be the perfect place to be for Pickford as he looks to step up to the next level. 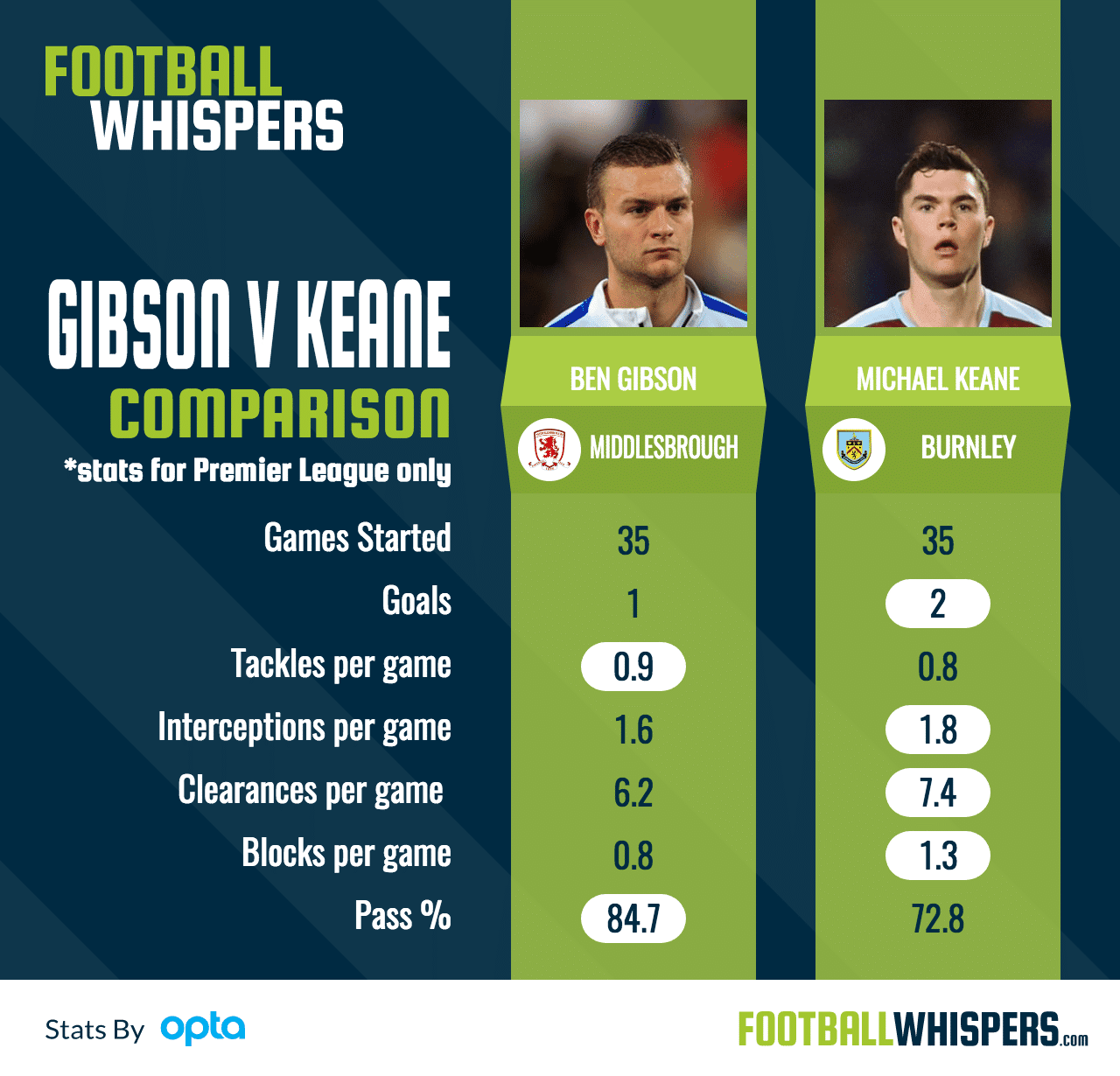 read more: everton's away form has cost them a top 6 spot

Unlike Sunderland, Middlesbrough haven’t been relegated yet, though it looks increasingly unlikely that they will still be in the Premier League. As such, a number of their pivotal players could be on the move and Ben Gibson will be one of the most sought after.

Koeman has experimented with a back three throughout his debut season in charge of Everton. But he lacks natural options for the left-sided role outside of Ramiro Funes Mori. Assuming he wants to continue using the system, Gibson – a natural left footer with a good touch – would be ideal.

And at the heart of the Toffees backline, the lack of alternatives to Jagielka and Williams must be rectified. Mason Holgate has shown an ability to cover both right-back and right centre-back in a back three and Matthew Pennington has filled in when required. But neither look like solid immediate options in a back four.

Burnley’s Michael Keane has been linked with moves to several top Premier League clubs and he’d be the perfect option for Everton. He has shown comfort in a three- or four-man line, possesses good defensive fundamentals and sound technique.

A full England international after, impressively, making his debut against Germany in March, Keane has been part of a Burnley defence which has been hard to break down and will leave Turf Moor this summer.

His form has been so impressive he is reportedly a Manchester United transfer target – despite only leaving Old Trafford in January 2015. 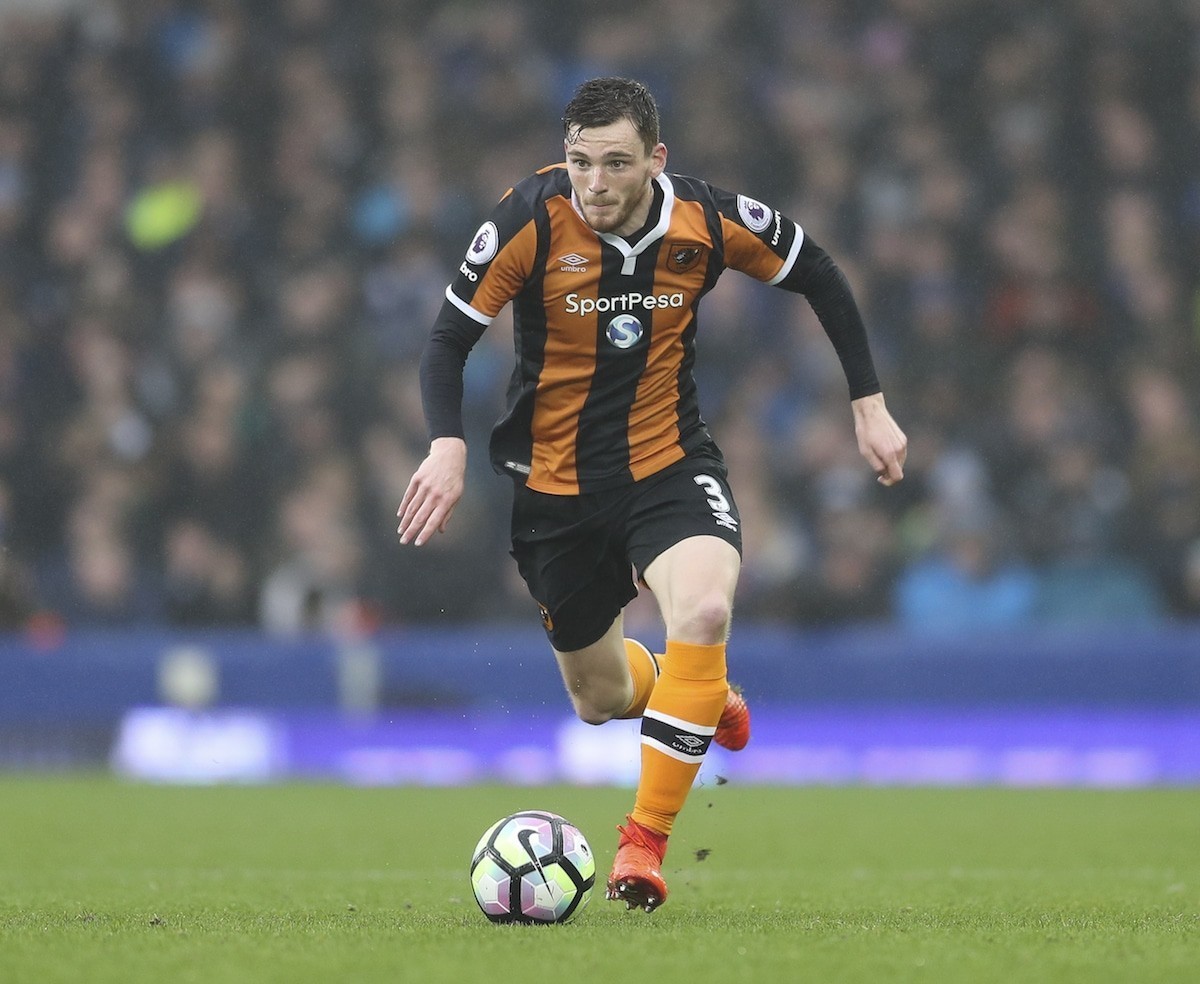 At 32, Baines is approaching the latter stages of an excellent career. While it may not be necessary to replace him instantly come the summer, longer term options are a necessity and Andrew Robertson would be an ideal choice.

The Scotsman has shown a penchant for attacking the left flank in a manner similar to Baines, though he has comparatively more vigour, athleticism and pace – not surprising when given he is nine years Baines’ junior.

With two full seasons of Premier League football under his belt at Hull City, Robertson is ready to take the next step in his career.

His overlapping runs, ability to operate as a full-back or as a wing-back and pinpoint crosses would be welcomed by Koeman and add a new dimension to the Toffees' offence.

He never quite made the desire impact during a two-year spell with Tottenham Hotspur – making just 26 Premier League starts in two seasons – but there is no doubt that Sigurðsson's talents should be on a bigger stage than the relegation battle he is currently in the midst of with Swansea City.

The Iceland international is, at 27, no prospect but a fully-fledged, mature attacking midfielder with an excellent record at Premier League level. He has broken into double figures for goals in all competitions in the last two seasons, shone at Euro 2016 for his country and led his side’s fight against the drop this term.

Sigurdsson’s subtle movement and passing, tactical intelligence and set-piece specialism would make him a star at Goodison Park – and he would no doubt relish the chance to prove his worth in the Europa League.

6 – Only Diego Forlan (11) has scored more braces than Cèdric Bakambu (6) for Villarreal in La Liga ever. Reference pic.twitter.com/EJka6py6BS

Assuming Lukaku does leave Everton, it will prove extremely difficult to replace him. A number of options have been mentioned in various reports, including the experienced, Mario Mandžukić and Wayne Rooney, and the young, Patrik Schick – a Tottenham and Arsenal transfer target. But perhaps Cédric Bakambu would be a more realistic target.

The Congolese forward thrived in his first season with Villarreal last season, helping his side into the knockout rounds of the Europa League and showing his continental pedigree with nine goals in 13 European appearances.

This term he has played a less important role for the Spanish club but remains a goal threat with ten strikes in 23 league outings to his name.

Fast, strong and direct, the 26-year-old is capable of dragging defences apart with his speed and movement, making him the ideal line-leader for an Everton side who prefer to operate with a lone striker.