Where did it go wrong for Anderson, Man Utd’s midfield magician?

Aided by crutches, he hobbles on to the pitch to collect his Golden Ball award, posing for pictures before hobbling back off. Anderson may be temporarily dejected but he has the world at his feet.

An injury suffered after just 15 minutes of the 2005 FIFA U-17 World Cup final in Peru forced Brazil's star man from the field, and they lost 3-0 to Mexico without him. But Anderson's mesmerising displays throughout the tournament were enough to see him named its best player regardless.

A first-team regular at Grêmio at 16, Anderson was granted special dispensation by FIFA to join Porto while still only 17, moving to Europe in a €7million deal just three months after starring for Brazil in Peru.

It was while in Portugal that Manchester United became interested in the braid-haired dynamo, with Martin Ferguson, brother of Sir Alex Ferguson and a trusted scout at the club, deeming the teenager better than Wayne Rooney at the same age. In the summer of 2007, United swooped, paying £20million to sign Anderson, who was also attracting interest from Barcelona.

It seemed a near inevitability that Anderson would go on to achieve as much individual acclaim at senior level as he had as a youth. Under Ferguson – whom he describes as “the god of football” – and playing alongside the likes of Rooney, Carlos Tevez and Cristiano Ronaldo, there was no better environment for the youngster to develop in. 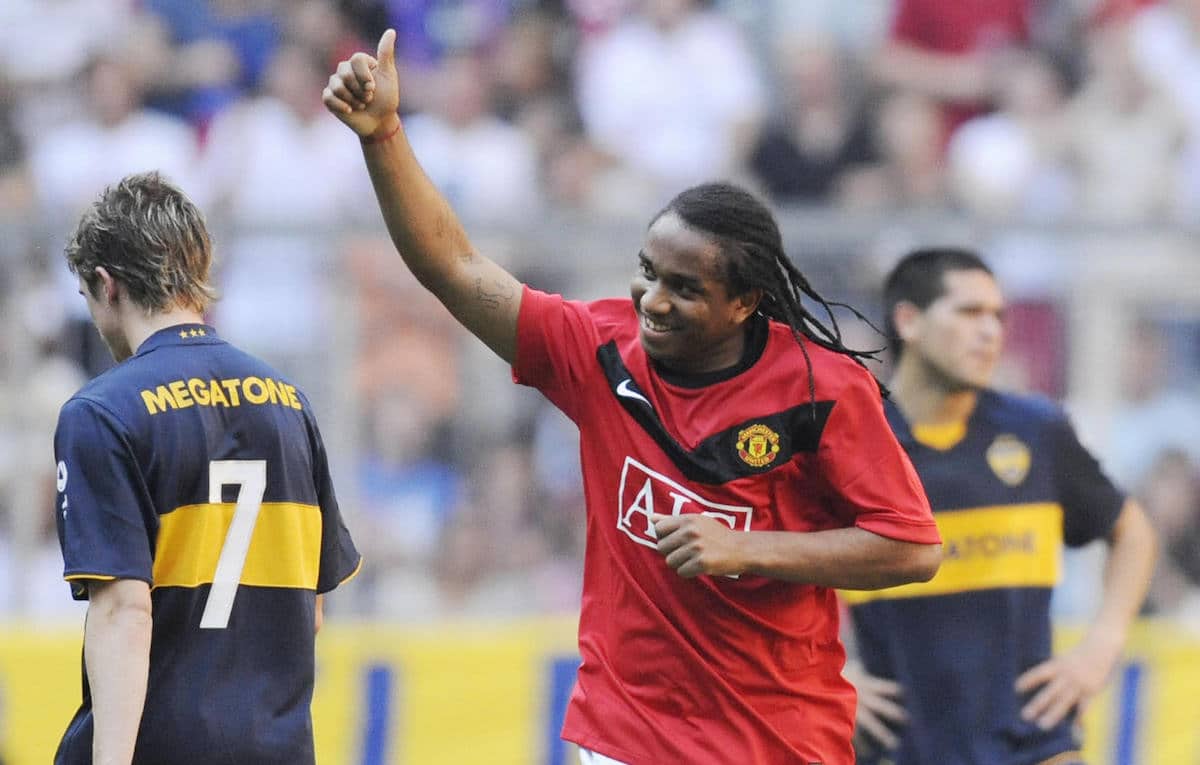 Yet, despite helping United win four Premier League titles and the Champions League during his eight years with the club, there is a sense that the Brazilian underwhelmed at Old Trafford. Now 30 years old and playing in the Turkish second tier, he was never quite able to build on the fleeting high points of his early career.

Given the No.8 shirt when he arrived at United, Anderson's initial months at the club became a period of adaptation. More used to playing as a No.10 or a wide forward, Ferguson reimagined the then-19-year-old as box-to-box central midfielder.

As such, Anderson had to effectively relearn his trade, paring down the tricks and flair that marked him out at youth level and applying his natural athleticism and physical robustness in deeper zones.

In his first season in England, Anderson played 38 times in all competitions as United claimed a league and Champions League double.

Reserving some of his best performances for the biggest games – he always seemed to shine brightest against Arsenal, for example – his speed of thought and foot aided the Red Devils' dynamic counter-attacks, feeding Rooney, Ronaldo and Tevez in transitions.

The last game of that 2007/08 campaign would ultimately prove the zenith of Anderson's time at United, though.

Late in extra time of the Champions League final in Moscow, with the Premier League champions deadlocked with Chelsea and heading for penalties, the Brazilian was brought from the bench thanks to Ryan Giggs vouching for his coolness from 12 yards.

Anderson had grown up in poverty in southern Brazil. He left home aged just 12 and, while an adolescent in Grêmio's academy, he lived for a time at the club's stadium. His father, an alcoholic, died when he was 11 and his strained relationship with his mother was only repaired many years later.

As he walked toward the penalty spot to take United's sixth kick of the shootout, he thought about how far he had come and prayed for strength. “God told me that this penalty was like a sweet; a cake,” Anderson told ESPN FC in 2017. “It was my moment to be enjoyed.”

He lashed home his penalty expertly. In the next round of kicks, Giggs stroked home confidently, then Edwin van Der Sar saved decisively from Nicolas Anelka. The double was clinched and Anderson, who never needed a second invitation to party, celebrated for days.

Although he remained at United until Louis van Gaal agreed to release him in 2015, by which point he was a peripheral figure and had been loaned out to Fiorentina for game time, there was no better version of Anderson seen at Old Trafford than that über-confident, joyous and energetic 20-year-old. 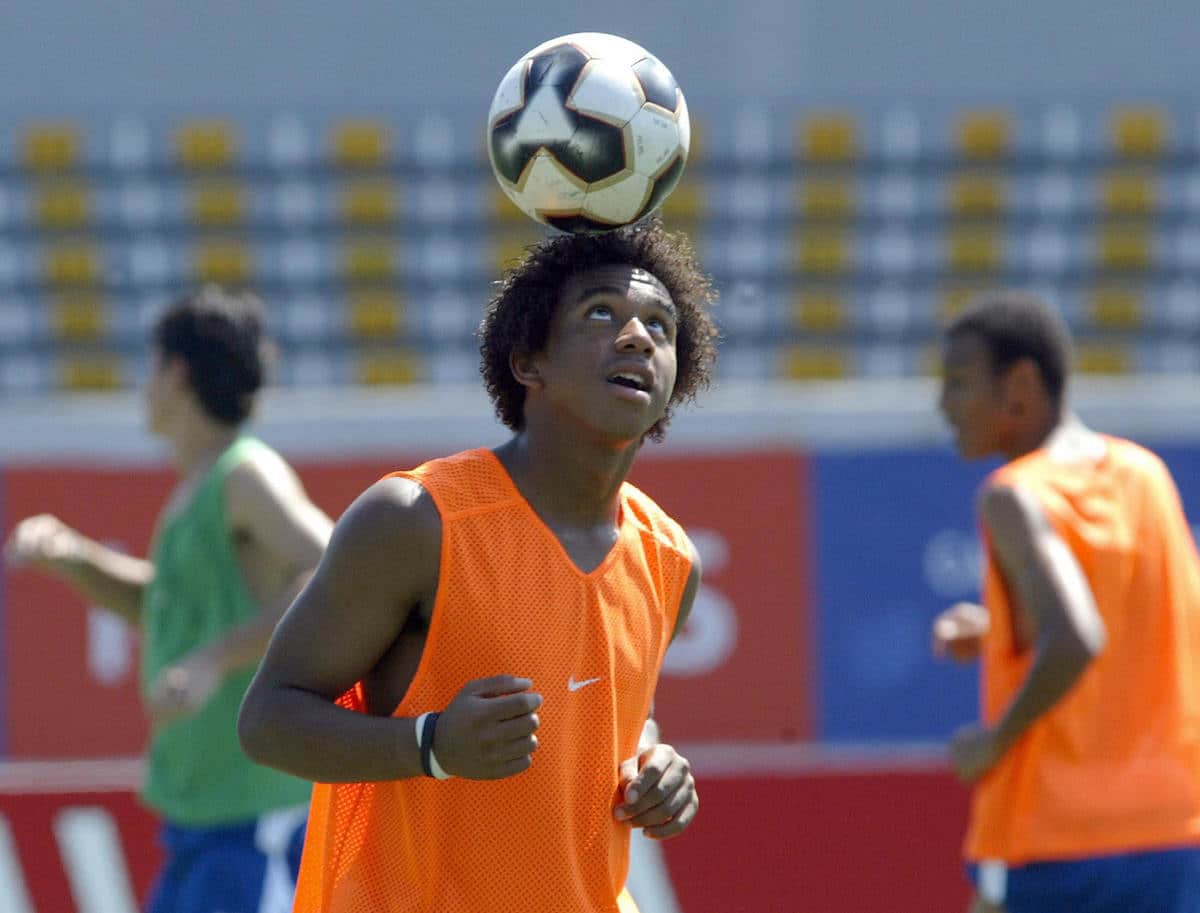 Between 2007 and 2008, he collected all of his eight senior caps for Brazil; even within such a hotbed of football superstars, Anderson's talent should have seen him earn more. Those 2005 U-17 World Cup runners-up included future Real Madrid full-back Marcelo and 38-cap Seleção regular Renato Augusto, but there was never any doubt over who was the team's star.

Anderson played 181 times for United, scoring nine goals and making 21 assists. His trophy haul would be the envy of 99 per cent of professional footballers past and present. But after that first season at Old Trafford, he never again made 20 league appearances in a single campaign for the Red Devils.

Injuries played a part, but questions over his weight and tactical development became frequent and he was never truly able to hold down a starting berth for a sustained period.

Ferguson recognised the youngster's gifts and made allowances for him that other players did not receive, and the manager often still trusted the Brazilian to perform in the biggest matches. Anderson remained an immensely popular figure within the dressing room, too, his joviality and positivity infectious.

But no one would dispute that Anderson never came close to fulfilling his vast potential.

“Without being too general, he’d have that Brazilian attitude,” the ex-England striker and former United team-mate Michael Owen told JOE.co.uk when asked what prevented Anderson living up to expectations.

“He was a pretty relaxed guy, maybe too relaxed at times. He loved being out there with a ball at his feet but he did not bother about weights, or anything really. Him getting back from injuries was often a slow process.

“He was a really good player but if he had that driven mentality, he could have been great.”

Released in 2015, Anderson moved back to Brazil, joining Internacional. He was the club's highest paid player, but his performances did not match such a status. Internacional were relegated for the first time in their history with Anderson in midfield; they quickly looked to move him on.

He was loaned to Coritiba, and relegated again, before his contract with Internacional was terminated by mutual consent earlier this year, allowing him to join Adana Demirspor. At the time of writing, he has played only twice for his new club.

For his part, though, Anderson is happy with his lot. He may not have reached the heights hoped of him but he has lived a full and rich life in football.

“I'd do more for me; I'd be more careful with injuries,” he admitted to ESPN FC when asked if, given the chance to start over, he'd do things differently.

“But aside from that, I have no regrets. I loved to be at Manchester United, loved it. I can tell my kids that I won four Premier Leagues.”