While high-flying Villarreal are busy preparing for their Champions League quarter-final second leg against Bayern Munich, many fans of the club will be thinking of the time their team reached the semi-finals of the tournament way back when.

Just over 15 years ago, the Spanish outfit went on a dream run in Europe’s elite competition. The club have, of course, enjoyed more recent success on the road, lifting the 2020/21 Europa League trophy.

But Champions League is the elite level, and it was back in 2005/06 when Villarreal truly had their spot in the limelight. The Yellow Submarine ventured all the way into the final four, before Spanish rivals Barcelona went on to lift the trophy. 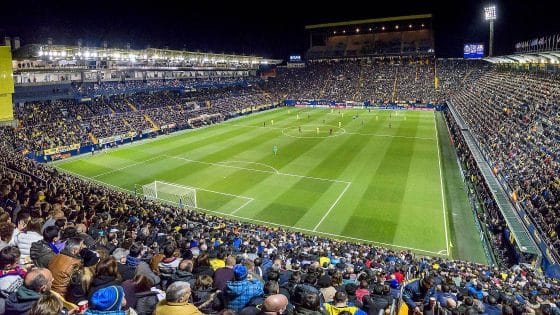 Villarreal began their exciting journey with a third qualifying round fixture against Everton, having finished third in La Liga the previous season, behind Spanish giants Barcelona and Real Madrid.

The Toffees, certainly an improvement on what they are now, put up a fight in both legs. But 2-1 victories in both encounters ensured the Spaniards progressed to the group stages, where they would meet another stern test from an English side.

Manchester United provided that test, and the clubs played out a goalless draw on matchday one. In fact, the Yellow Submarine would go on to draw their next two games against Lille and Benfica.

1-0 wins against the French and Portuguese sides followed either side of another goalless draw with Man Utd, who would finish bottom of the group.

Incredibly, Villarreal’s two wins and four draws was enough to clinch the top spot in Group D. More surprising, however, was the lack of goals scored. The Spaniards scored just three times from their six matches.

Along with Roma (2002/03), it is the joint-lowest goals scored ever for teams to have qualified for the knockout rounds. Just the one goal conceded was undoubtedly key in their bizarre group stage success.

It was Villarreal’s debut season in the competition, but like many other debutants that have come and gone over the years, they approached every game with a nothing-to-lose attitude.

Away goals may now be a thing of the past, but Villarreal will be extremely grateful that they existed back then.

Scottish outfit Rangers provided another British challenge in the first knockout round. A thrilling encounter ended 2-2 at Ibrox, with the La Liga side then grinding out a 1-1 draw at Estadio El Madrigal.

The 3-3 encounter over both legs fell in the favour of Villarreal, who progressed to the quarter-finals on away goals.

Villarreal finally suffered their first loss of the competition in the following round, despite going 1-0 up at Inter Milan in the very first minute. Cult heroes Adriano and Obafemi Martins found the back of the net for the hosts, who took a 2-1 lead with them to El Madrigal for the second leg.

But as plucky as ever, the Spanish club refused to go down without a fight. All that could be seen around the stadium was yellow, with the noisy home supporters cheering on their team to a narrow 1-0 win.

The away goals rule would play in their favour once again, progressing to the semi-finals after drawing 2-2 on aggregate.

A fourth test against British opposition now arrived, with Arsene Wenger’s Arsenal standing in the way of an unthinkable spot in the final. The Gunners – just two years on from their Invincibles campaign – were in high spirits, having overcome Real Madrid and Juventus in the previous two rounds.

It was, however, to be the end of the road for the Yellow Submarine. And it arrived in heartbreaking circumstances. Kolo Toure netted the only goal in the first meeting at Highbury, which was followed by an equally nail-biting encounter in the east of Spain one week later.

Jens Lehmann was the hero on the night for the visitors, saving a late Juan Roman Riquelme penalty to avoid extra-time and send Arsenal through on aggregate. The memorable run was finally brought to an end, with Villarreal’s compatriots Barcelona edging out the Gunners in the final. 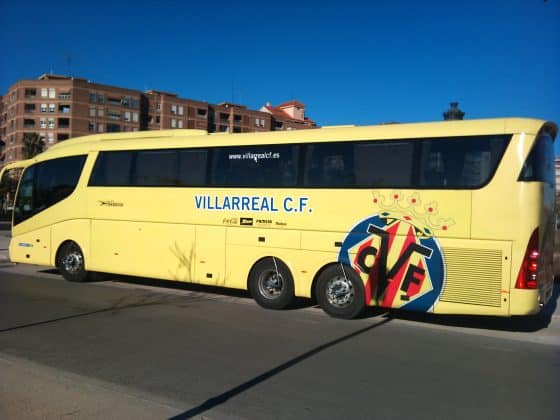 The star players key to that memorable success

While it was certainly a united team that helped the club reach the stars, a handful of talented players were undoubtedly crucial to Villarreal’s European success of 2005/06.

Iconic midfielder Riquelme was instrumental in the middle of the pitch, pulling the strings and stunning opposition midfielders with his expert ball control and precise passing. Diego Forlan meanwhile was the man relied on for goals. The talented Uruguayan netted three times on the way to the semi-finals.

Midfielders Marcos Senna and Alessio Tacchinardi will also go down in Villarreal folklore for their displays in the middle.

Argentinian Rodolfo Arruabarrena meanwhile was crucial in keeping things tight at the back, as were the likes of Javi Venta, Quique Alvarez, and Juan Manuel Pena.

Dominated by Spanish players, the close-knit squad will have fond memories of the campaign, in which they went toe-to-toe with some of the greatest to have ever existed.

Of course, none of it would have been possible without manager Manuel Pellegrini. His touchline heroics would soon earn him a move to La Liga giants Real Madrid, followed by successful stints at Malaga and Manchester City.

The current crop of players have already etched their names into the club’s history books after clinching the Europa League last season, but they will be hoping to write their names in Champions League history this time around. 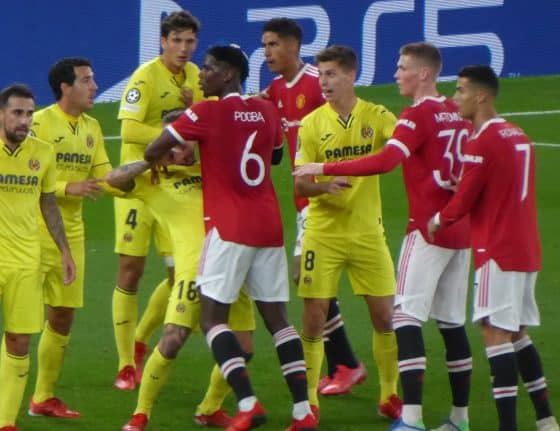