The Mark Warburton debacle at Rangers is something the creators of Game of Thrones would think up. Instead of ‘Red Wedding’ it was ‘Blue Friday’.

Underhand tactics, lies, betrayal and shocking revelations. It was a massacre.

On Friday evening news broke that Warburton was no longer in charge at Ibrox. The club released a statement informing supporters that Warburton, his assistant David Weir, and the club’s head of recruitment Frank McParland had all wished to resign from their roles at the club.

It happens in football from time to time. There’s nothing out of the ordinary there. However this is where it get’s interesting. The club revealed the trio’s agent had approached the board to ask them to waive any compensation they would be entitled to if an approach was made.

The statement on the clubs official site read read as follows:

“At a meeting with the management team's representative earlier this week, the club were advised Mr Warburton, Mr Weir and Mr McParland wished to resign their positions and leave the club on condition Rangers agreed to waive its rights to substantial compensation.

“Rangers' agreement to waive compensation would assist the management team to join another club.

“This compensation amount was agreed when Rangers significantly improved Mr Warburton and Mr Weir's financial arrangements before the start of this season.

“The Board urgently convened to consider the offer made on behalf of the management team and its ramifications and agreed to accept it and release the trio from the burden of compensation, despite the potential financial cost to the club.”

Just hours prior to the club announcing Warburton was no longer in charge he held his pre-match press conference ahead of the cup tie against Morton. The decision to accept his resignation was supposedly made earlier in the week, on the Wednesday, so why was he able to be part of the pre-match build up?

To make matters even more confusing, Warburton and his staff categorically denied offering to resign and claim they are entitled to compensation after being fired by the club. The club are adamant this isn’t the case and it’s yet to be resolved.

Rangers say they have replaced Mark Warburton as manager.

The Telegraph Sport revealed Warburton, Weir and McParland were on the verge of being dismissed by the club after a series of disappointing results coupled with numerous failures in the transfer market.

The working relationship between Warburton and those in charge has been worsening over recent weeks.

Resentment had built up and the tipping point appeared to be the manager not being backed in the market in January. He wanted to bring in Reece Oxford from West Ham United on loan, £1million-man Jonny Haynes from Aberdeen as well as extending Kenny Miller’s contract.

None of these deals were sanctioned.

It was clear he had lost the trust of those in charge and it was a matter of when and not if they would be parting ways. Rangers opted to penny pinch by not sacking the three and paying the £700,000 compensation. Instead it was just going to be a waiting game. 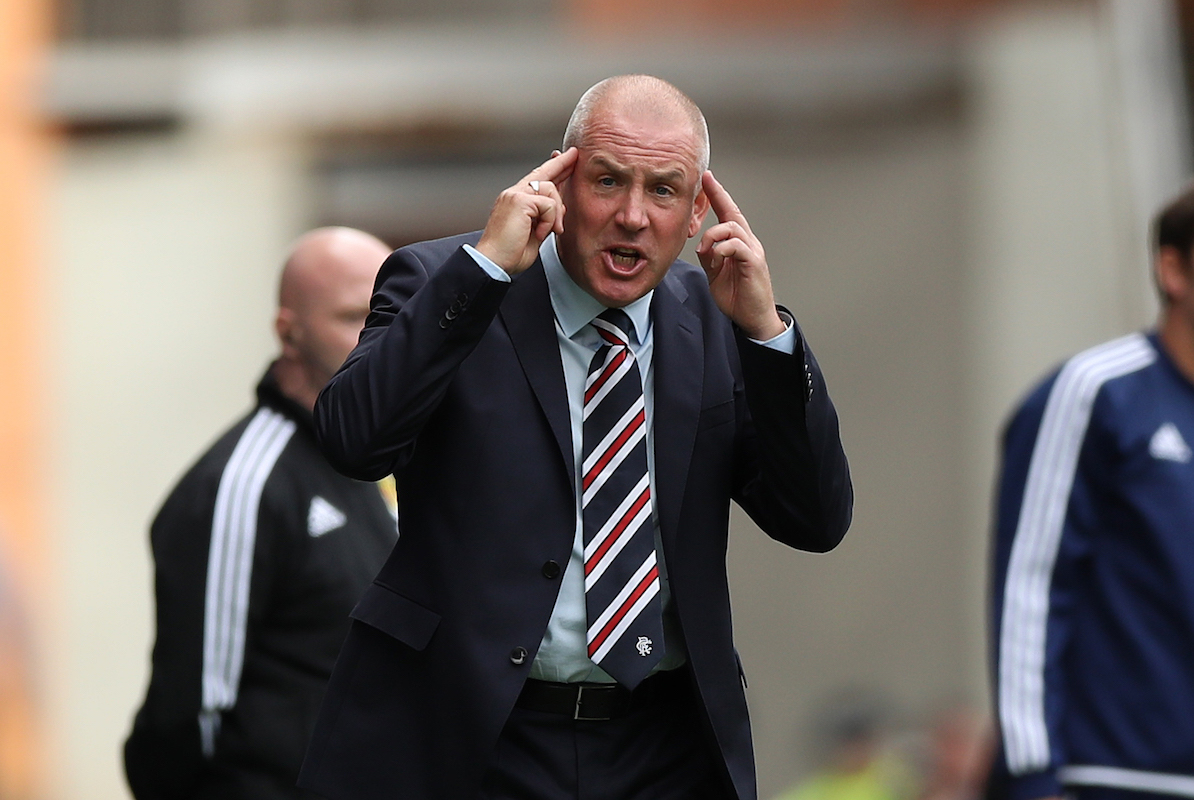 However, after reported interest from Nottingham Forest, Warburton’s agent, Dave Lockwood, attempted to speed things up and approached the directors to ask for his three clients to be released from their contracts and for the club to waive any compensation.

It sounds bold but given the situation it’s not too ridiculous. Rangers didn’t want Warburton in charge and they weren’t backing him. A mutual parting of the ways would’ve suited all parties involved. That’s what it looked destined to be until the goalposts moved.

The Rangers board agreed to accept the management team’s resignations and the deal was agreed. There was yet another twist in this tale though. The apparent interest from Forest was no longer there and Lockwood sensationally asked for the board to allow Warburton to remain in charge until the end of the season or until he found employment elsewhere.

You can’t expect a team to perform for a manager who is only there because he has no longer has alternatives. It’s counterproductive and the Gers are still involved in cup competition as well as the fight for second in the Scottish Premier League.

There’s no doubt more information will come to light over the next few weeks but it’s unlikely the public will ever know the entire truth behind the events which transpired.

Rangers as a club look like amateurs, the board look like cowards for not pulling the trigger themselves and Warburton, who was highly rated by many in England, has come out of this very poorly.