Scottish football has an awful habit of hyping young players beyond belief when they first break through at their respective clubs. Barry Ferguson, Aiden McGeady, Alan Hutton and even Oliver Burke come to mind. In a country that is often so bereft of genuine, outstanding talent, it can’t be helped.

Yet no player has had to carry the burden of so much expectation quite like Ryan Gauld: the former Dundee United midfielder that made a big-money move to Sporting Lisbon at the age of 19 years old. And since then his career has, apparently, been one disappointment after another.

To appreciate Gauld’s current situation we must first acknowledge the utter bedlam that befell the young attacking midfielder when he first broke on to the scene in May 2012. As a scruffy-haired 16-year-old, Gauld came on for Johnny Russell and played just three minutes of Dundee United’s final league match against Motherwell.

Although the lad from Aberdeen wouldn’t really feature in the Tannadice first team until that winter, the buzz had already started and, just after his 17th birthday in December, Gauld found himself on the bench. He first appeared as a late sub and then as a fully-fledged starter in Jackie McNamara’s side.

In the 2013/14 campaign – his first full season in the first team – Gauld run amok from the heart of United’s midfield. Despite his slight frame and standing no more than 5”5 from the ground, opposing midfielders simply couldn’t get near him. With a drop of the shoulder, a burst of pace or a simply nutmeg Gauld was untouchable – and that’s when he wasn’t picking out defence-piercing passes. 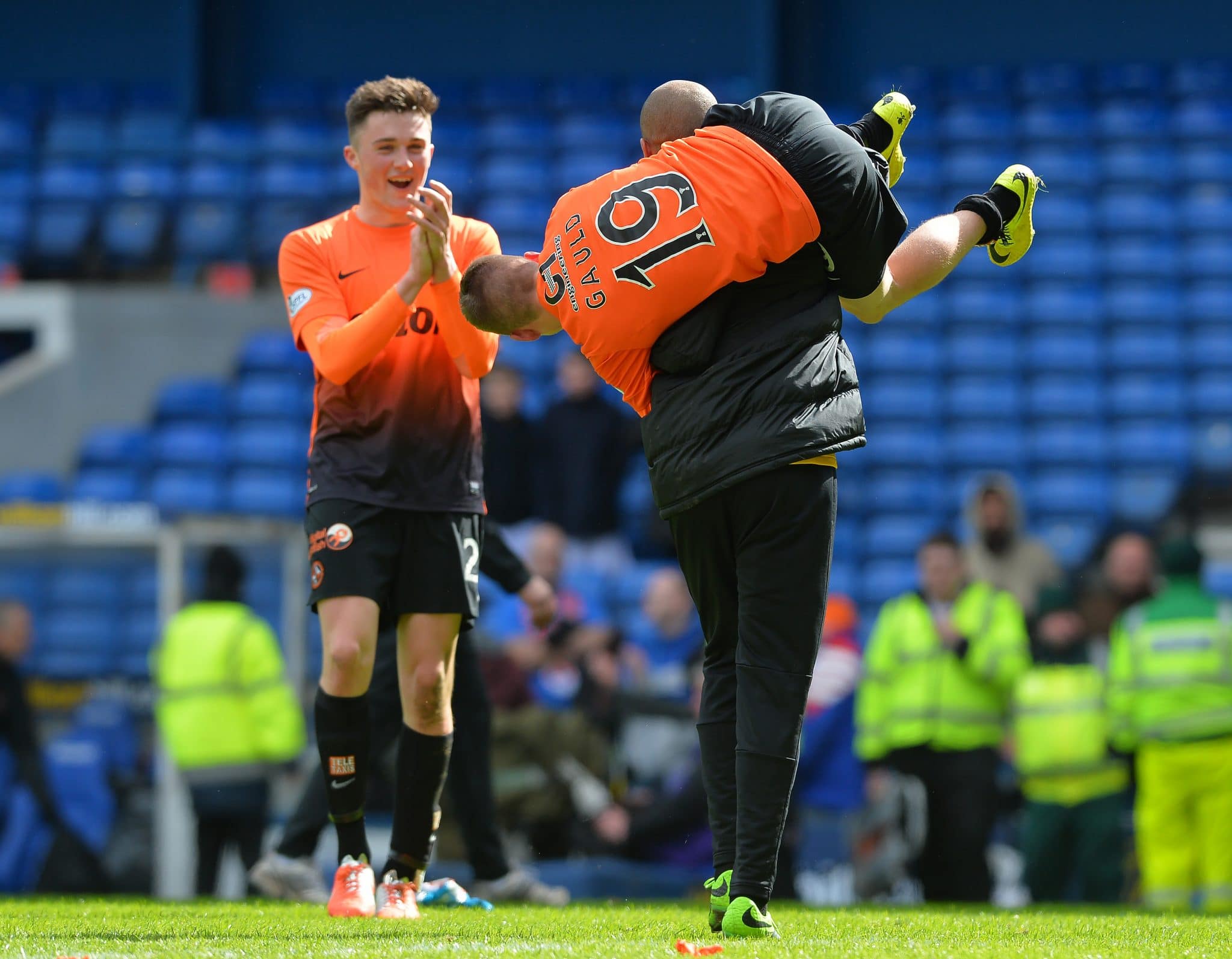 In a football nation that had relied upon the honest qualities of speed, strength and physicality for decades, Gauld represented the future. With an exquisite touch, exceptional dribbling and the skill to shoot from just about anywhere, the United youngster was proving that with enough technical ability you could always outsmart the brutes of the game.

Four years prior Spain had proved that to the world and now Scotland had their own, tiny magician.

Such ability brought with it a huge amount of media interest and the famed name “the Scottish Messi.” After six goals and seven assists from 32 games that season Gauld then helped United reach a Scottish Cup final, setting up two of the three goals his side put past Rangers in their 3-1 semi-final win at Ibrox.

By the end of the season Gauld had extended his contract at the club not once, but twice, and finished runner up in the PFA Scottish Young Player of the Year award. A worthy and notable achievement when you consider the man that tipped him to the award is now the starting left-back for Liverpool.

Then came the big move. Despite rumours and reports suggesting the youngster was an Arsenal, Real Madrid, Everton and Manchester United transfer target, it was Sporting Lisbon that eventually coughed up a reported £3million to pry Gauld from away from Scotland. And in many ways things have taken a downward spiral since then.

Arriving under the clear instructions that he would first join the club’s B team and then work his way up, Gauld has struggled to force his way in to a hugely competitive field for the best part of four seasons. 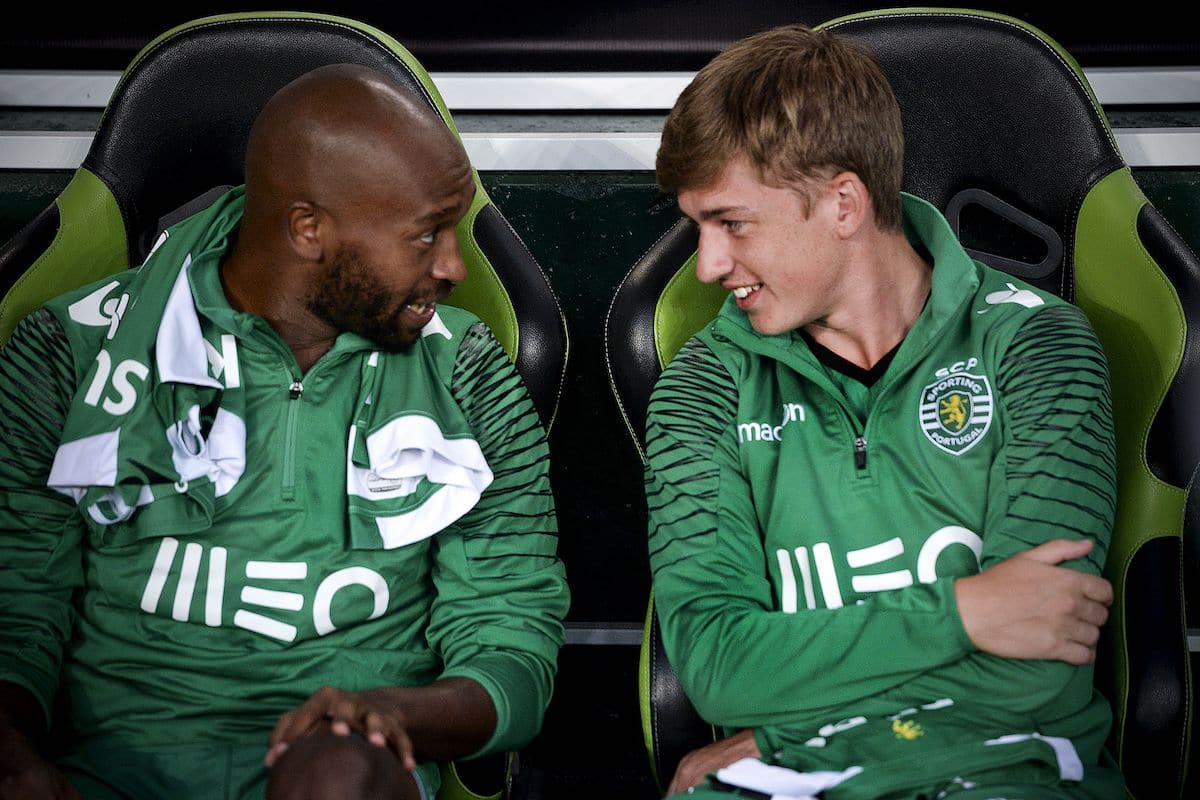 Playing primarily as a central midfielder, Gauld was tasked with breaking in to a midfield already stacked with players like William Carvalho, Adrien Silva, Joao Silva and Andre Martins and ultimately made just five appearances in his first season.

In the second he was forgotten about entirely and spent his time exclusively playing for the B team when new manager Jorge Jesus took over the reigns from a sympathetic Marco Silva.

Yet, despite having little room for Gauld in the first team, the club weren’t willing to sell him and were even reluctant to let him move on loan. In his third season, the young Scot was allowed to move on loan to Vitória de Setúbal but after that very side knocked his parent club out of the Portuguese Cup in January, Gauld was recalled.

Sporting claimed it was for first-team opportunities but the midfielder once again found himself twiddling his thumbs in the B team.

Unfortunately for the midfielder, economics has played a part in his limited options in Portugal. Despite their prominence within Portuguese football and sporadic campaigns within European football, Sporting are a mid-level side and while Europe's elite could easily write off a £3million punt on a young player, those in charge at the Estádio José Alvalade have never allowed themselves to simply cut their losses with Gauld and allow him to get his career back on track.

At the end of a bizarre 2015/16 season the youngster spoke to the Daily Mail, telling them that he was well aware of the unfortunate situation he found himself in. “Sporting said: “No” when I asked about the possibility of a loan move,” said Gauld. “There was a bit of interest but Sporting said they wanted to keep me and that’s how it went.

“Sporting don’t spend a lot of money on players so they still see me as an investment.”

However, things have slightly improved for the now 22-year-old prospect. In what must have surely been a compromise, Gauld was allowed to join recently-promoted Desportivo Aves on loan this season and despite playing something of a bit-part role he has racked up 21 appearances for the club.

Although it may not be perfect or anything like the dreams Gauld once had when he first arrived in sunny Lisbon, it is first-team football in the Portuguese top division. And despite three seasons of hardship and unfair circumstances, the former Dundee United wonderkid is still young enough to turn things around. It might take a lot of hard work before Gauld can reclaim the title of “the Scottish Messi”, but he may still get there and show the world the potential he once clearly had.