Juventus’ monopoly of Serie A is under serious threat. We may only be six games into the new campaign but the reigning champions find themselves in second place, two points shy of Internazionale.

Maurizio Sarri’s Juve are unbeaten and have claimed 16 points from a possible 18, but it isn’t enough to keep pace with Antonio Conte’s perfect start to life at San Siro.

Not only have the Nerazzurri scored more goals, they’ve also conceded fewer and are good value for their lead heading into Sunday’s Derby d'Italia.

Inter appear to be legitimate contenders for the Scudetto in Conte’s first season in charge. And if he manages to pry the title away from the grasp of Juventus it could arguably be his greatest managerial achievement to date.

After all, Inter finished a whopping 21 points behind the leaders last season and only just claimed a place in the Champions League – they pipped rivals AC Milan to fourth by a single point.

To transform top-four hopefuls into title challengers in the space of a single summer is no easy feat but it appears Conte has done just that.

And here we take a look at what’s changed for the 18-time Italian champions since the former Chelsea boss replaced Luciano Spalletti.

It appears as though there’s been plenty of change at San Siro, on paper at least.

The numbers are more impressive when considered the current Inter side have achieved them while bedding in a number of new players, adjusting to a new system, and working under a new coach.

Not only are the table-toppers acclimatising to Conte’s demands, they also have ten new additions to settle in. Their midfield unit is completely different, with Stefano Sensi and Nicoló Barella starring this term. Their attack has also changed. Mauro Icardi is gone and in his place is Romelu Lukaku, supported by Lautaro Martínez, Matteo Politano and Alexis Sánchez.

Yet despite their improvement, not much has changed according to Inter's underlying numbers. They are averaging a similar number of efforts as they were last season (16 per 90) while allowing the opposition to have 11 shots per 90.

In general, Inter players have the same amount of touches (755 per 90) and an almost identical number of touches in the opposition's area (28 up from 27). They are playing 18 more passes in open-play but that is the only significant difference when comparing the stats over the past two seasons.

Interestingly, however, the Nerazzurri are scoring more headed goals – 0.66 per 90 up from 0.31 – from fewer headed efforts in general. The arrival of Lukaku has aided that but others are chipping in, too.

But it's when looking at shot quality that the difference between this campaign to last becomes truly apparent. Under Spalletti, Inter had an expected goals total of 68.61 for 2018/19 in Serie A. But their post-shot expected goals total, which takes into account where a shot is taken from and where it hits the target, was 53.86.

It's a huge difference. And while Inter finished the season with 57 goals, meaning they slightly outperformed their post-shot expected goals total, they found themselves way off their expected goals. Simply put, poor finishing cost them.

In fact, when looking at the expected table for 2018/19, Spalletti's side should've finished in third place, one point ahead of Juventus. But the eventual winners massively overperformed important metrics while Inter did the exact opposite. 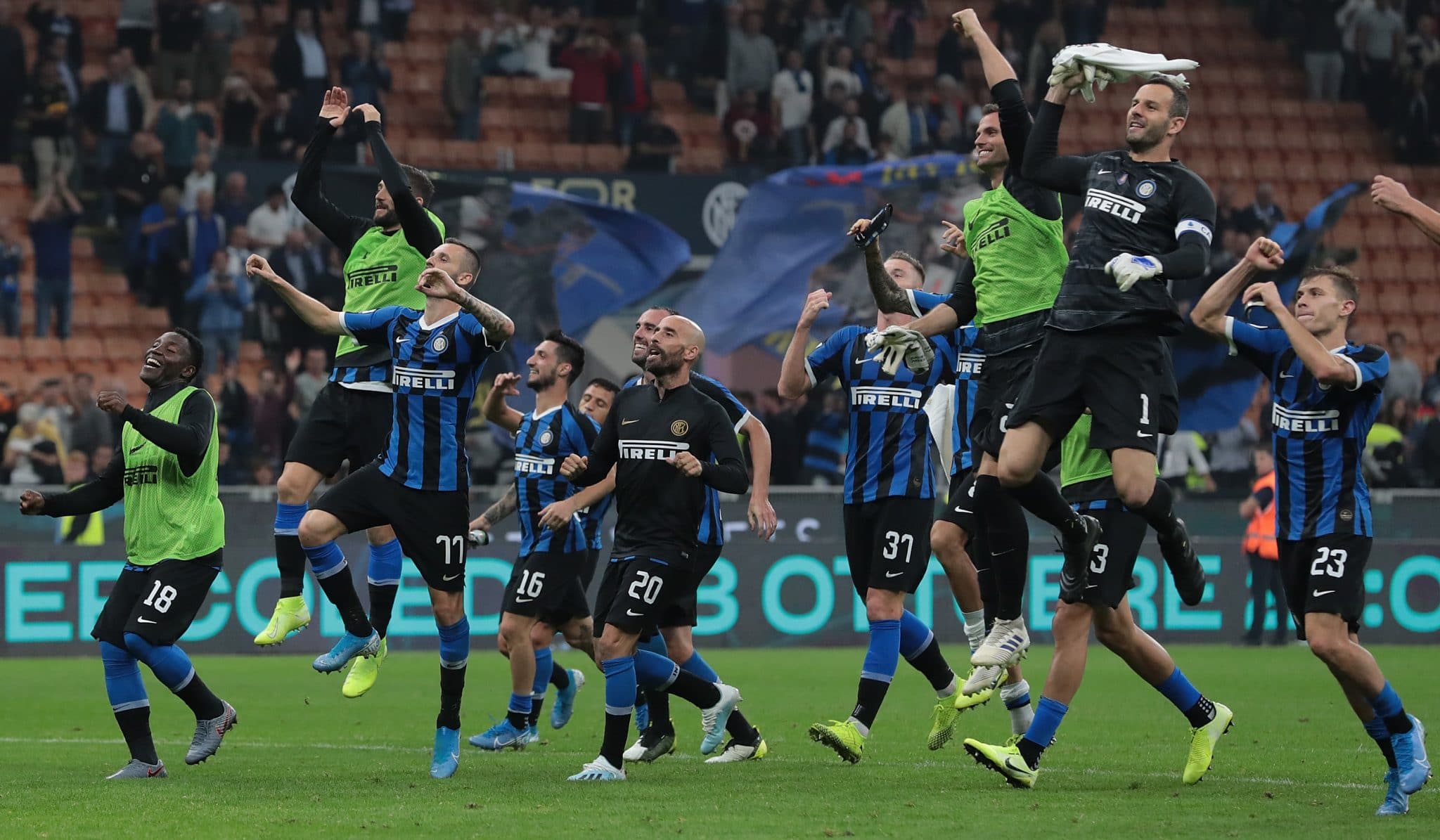 This time around, however, it's different. Their expected goals tally for the campaign so far is just over ten. Their post-shot expected goals total is slightly north of that figure. But in Serie A this term, Conte's side have scored 13 times.

Inter are no longer devaluing their efforts with poor finishing. Instead, they are overperforming courtesy of long-range stunners from Antonio Candreva, Marcelo Brozović and Sensi.

These efforts aren't the sort that can be relied upon week to week, but they're a handy asset to have. All three players strike the ball well and their goals have been superb this season.

That, coupled with Lukaku and Sánchez being penalty box poachers, gives Inter an added dimension this year.  It's why they're serious contenders for the title.