Keisuke Honda has failed to make any real impact at AC Milan, but undoubtedly remains Japanese football’s biggest star. The Seattle Sounders have been linked with a move for the Blue Samurai icon, so Serie A expert Adam Digby takes a look at what the MLS side would be getting should they eventually seal a deal for the Rossoneri playmaker.

With the irritating buzz of vuvuzelas ringing in his ears, Keisuke Honda stepped up and smashed a free kick towards goal. After a short run up and a swing of his left boot, the sheer power of his effort carried it over the wall and then beyond Thomas Sørensen, the Denmark goalkeeper diving to his right but never coming close to making a save.

It was a venomous shot, the ball dipping but flying straight and true into the back of the net for a goal that will be remembered as one of the 2010 World Cup’s very best. Almost 70 minutes later and with the game finely balanced, it would be Honda again who delivered when Japan needed him most.

Collecting the ball just outside the opposition penalty area, he burst beyond Dennis Rommedahl with an audacious piece of skill and drew Christian Poulsen towards him before rolling a pass to the now unmarked Shinji Okazaki. The striker tapped home to secure not just a 3-1 victory for the Blue Samurai, but to cap a performance that showcased the talent of his team-mate to a global audience.

Remember when Keisuke Honda could do stuff like this? https://t.co/HaaDEDSR7A

Already 24 at the time, Honda had left Nagoya Grampus after making over 100 appearances and moved to Europe with Dutch side VVV-Venlo. In 2008/09, he scored 16 goals in 36 games to secure the club’s promotion back into the Eredivisie before moving on to CSKA Moscow where he also made an immediate impact.

Playing in the Champions League in early 2010, he created one goal and scored another against Sevilla to help his new team become the first Russian club to reach the quarterfinals of UEFA’s elite competition. Over the next four years he enjoyed triumphs in the Russian Premier League, Cup and Super Cup, while simultaneously becoming the main star of a Japan team that became hugely prominent.

One of Honda's biggest assets during the early part of his career had been his sheer versatility, fielded anywhere from left-back to centre forward during his time at Grampus 8. However, it was his international manager Takeshi Okada who finally found his best role, moving him into an advanced midfield position where he would truly shine.

The Coach resigned after the 2010 World Cup and was replaced by former Inter, Juventus and AC Milan Coach Alberto Zaccheroni, who quickly impressed as he steered Japan to a memorable friendly win over Argentina. The team gathered huge momentum under the Italian’s tutelage, lifting the 2011 Asian Cup where Honda would once again be the star turn as he was named Player of the Tournament.

Eventually it became clear that he would leave CSKA, with then-Milan boss Max Allegri revealing that his side had signed Honda on a free transfer in October 2013. The move became something of a protracted saga but eventually he arrived and was unveiled to the media by Rossoneri Vice-President Adriano Galliani. With around 150 journalists present – a third of which had travelled from Japan – the player told a seemingly far-fetched tale about a project he was given at school back in 1999.

I will never forget how @acmilan welcomed Honda like they just signed Leo Messi,his presentation had a logo, A LOGO pic.twitter.com/KonCNaUePx

Then just 12 years old, he had a very specific response to the question of what job he would like when he became an adult. “When I’m older, I want to be the best footballer in the world,” Honda wrote. “No, I will become the best. I will become famous because I will play at the World Cup and be signed by a club in Serie A. I will become a starter and play with the No.10 shirt.”

A Japanese newspaper actually unearthed the handwritten pages and proved he was telling the truth, while Honda was indeed handed that famous number, one previously worn by the likes of Ruud Gullit, Manuel Rui Costa and Gianni Rivera. But, when he eventually made his debut in the red and black stripes, that incredible childhood dream would quickly become a nightmare for all concerned. 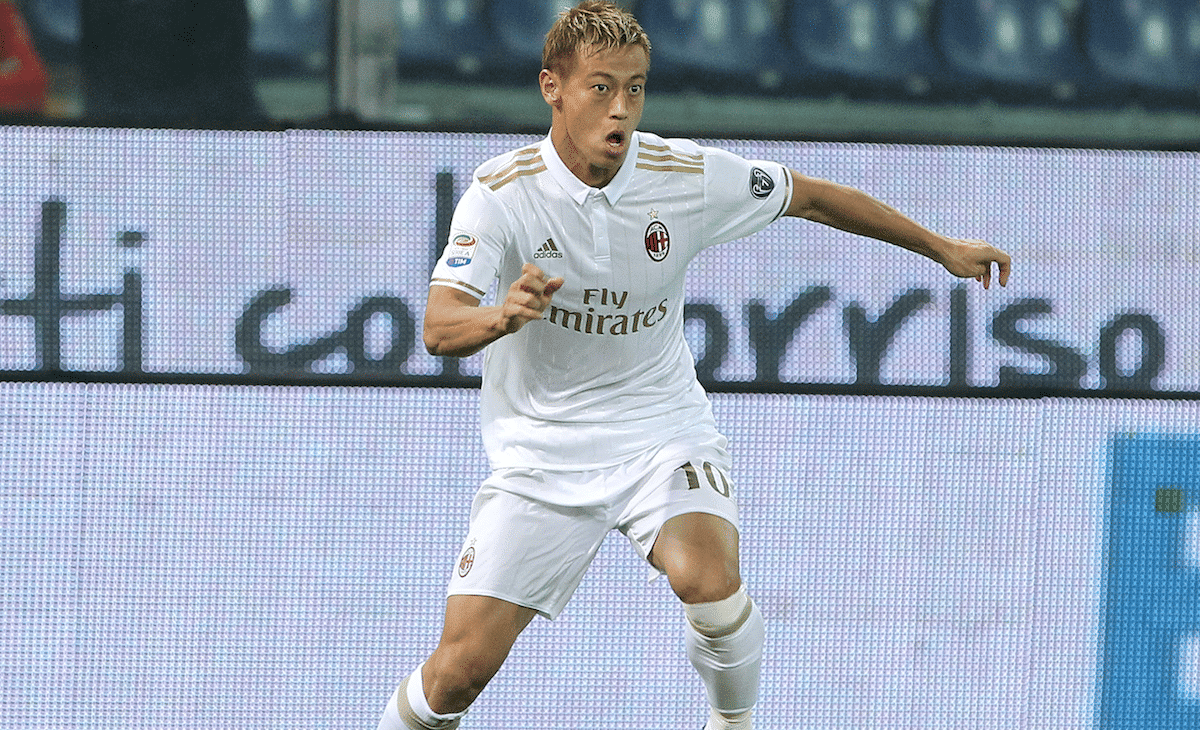 It began in surreal fashion, Honda sent on as a substitute for Robinho during a stunning 4-3 loss to Sassuolo that ultimately led to Allegri being sacked. Clarence Seedorf – who had worn the same shirt now filled by Honda – would replace him and saw the Japanese international bag a goal in his first start for the club.

However, the coaching change failed to lift Milan and they slumped to an 8th placed finish, Honda managing just one more goal and was considered something of a flop.

“This is not me, I know that people expect a lot from me,” he admitted later.

“My mentality has to change but I hope that Milan fans will wait for me next season.”

Those who did would only become even more disappointed as the Rossoneri ended the 2014/15 season in tenth, Honda registering six goals and four assists under Pippo Inzaghi. The retired striker would also be dismissed however, and surprisingly it would be new boss Siniša Mihajlović who tapped into the wasted potential of the versatile attacker.

With the Serbian at the helm, Milan would eventually fail to improve, but the Coach would undoubtedly get Honda playing the best football of his San Siro tenure. Rather than behind the strikers, he was utilised on the wing where a defined role in a team that finally had an identity seemed to liberate him.

For a brief period, his play – as well as impressive performances from Gianluigi Donnarumma, Alessio Romagnoli and Giacomo Bonaventura – had the Rossoneri dreaming of a return to the Champions League. Not possessing blistering pace, Honda tricked his way past would-be markers to deliver excellent crosses or well-timed through balls, while he remained a constant threat at free kicks and corners. 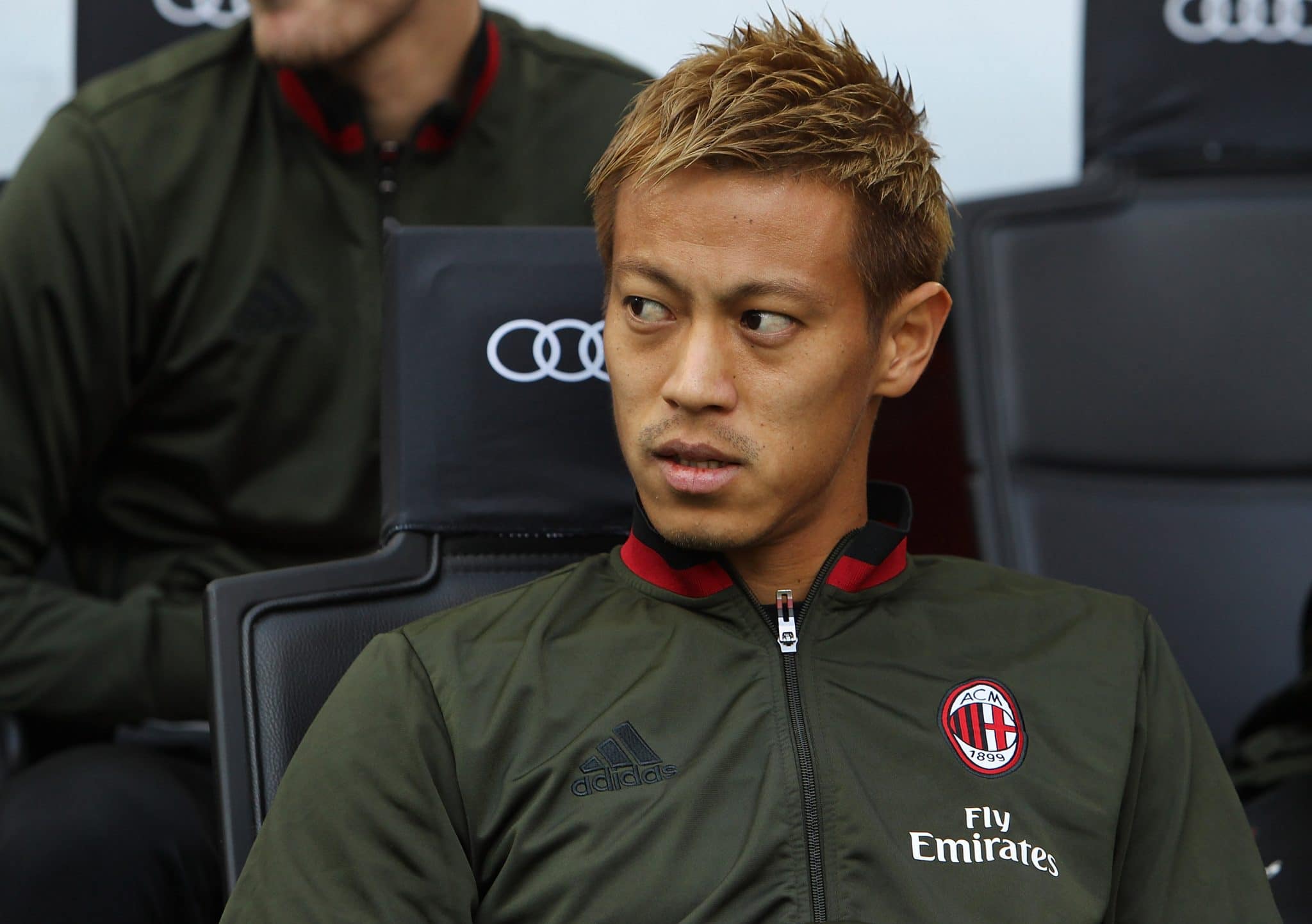 The appointment of Vincenzo Montella this past summer appears to have ended that brief renaissance however, Honda firmly back on the sidelines and seeing just 96 minutes of action in 2016/17. Yet last term there were sustained spells of his very best play, the desire to get on the ball in the final third and find a team-mate or take a shot himself if the opportunity presented itself.

His range of passing looked highly effective, whether it was long balls over the top or a neat effort between two onrushing defenders. Idolised in his homeland to an extent that perhaps only David Beckham can understand, Honda would bring much attention to whichever team he next joins, as the small gaggle of Japanese journalists who follow Milan solely to report on one man can attest.

But like Sebastian Giovinco he has often lacked the stature and physicality to compete in Serie A, his lack of effort defensively and inconsistent performances almost mirroring those of the former Juve man during his own time in Italy. If Honda can once again find that kind of form, is not difficult to imagine him having an explosion like the one seen in Toronto should he end up in a Sounders uniform over the coming months.

Would a Move Stateside be Right for Wayne Rooney — and the MLS?