That’s the question buzzing around the King Power and White Hart Lane ahead of the opening day on 13 August as the FW Index steadily risen over the past few days.

City Chairman Khun Vichai Srivaddhanaprabha are reported to have met on Monday in Los Angeles during the Foxes pre-season tour of the States to discuss the future of their title-winning squad, including 26-year-old Drinkwater who has been at the club since 2012.

With Chelsea new boy N’Golo Kante already departed from the Claudio Ranieri’s midfield for the defence of the title, to lose Drinkwater – who played 35 of 38 league games last season – would be a bitter blow for the Italian.

But rumours that Mauricio Pochettino is ready to test the resolve of the Leicester board with an offer before the start of the new campaign, believed to be in the region of £20 million, are gathering pace.

The Spurs boss is certainly already well stocked in the central midfield department: Dele Alli and Eric Dier – who were picked ahead of Drinkwater by Roy Hodgson in the England squad for Euro 2016 – seem certain starters in Pochettino’s preferred 4-2-3-1 formation.

Meanwhile, Mousa Dembélé, Ryan Mason and Nabil Bentaleb can also fill those spots in the first XI, and that’s even before you factor in new arrival Victor Wanyama – the Kenyan who signed from Southampton on a 5-year deal for £11m earlier this summer.

Current boss Ranieri has called Drinkwater a ‘classic box-to-box midfielder’ in the past, and the former Manchester United academy player – who never actually played a first-team game during his 13 years with the Red Devils – certainly has favourable stats from last season in comparison to Dier, for example. 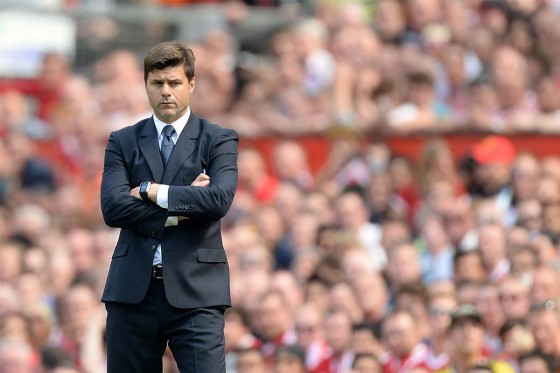 Drinkwater shades the running stats too, per 90 minutes he wins out 11.10km to 10.98km, but going forward is perhaps where Tottenham fans would see the biggest difference. The Foxes number four created 35 chances and laid on four assists for his team-mates compared to Dier’s tallies of 15 and one.

Those kind of numbers are one reason why the Manchester-born man is holding out for an improved £80,000-a-week two-year extension to the four-year contract he signed when the club were promoted in 2014 – that would put him up with City’s top earners, like Jamie Vardy.

Whether it be at the King Power or Wembley – where Tottenham will play their home fixtures this season – Drinkwater will be guaranteed Champions League football this season as he looks to add to his three England caps having made his debut in the 2-1 loss against the Netherlands in March.

Whether the former Huddersfield Town, Cardiff City, Sam Allardyce’s plans for his first Three Lions’ match – against Slovakia at Wembley on 4 September – remains to be seen after being axed from the provisional 26-man squad for the Euros in France.

Club boss Ranieri had said of his inclusion in Hodgson’s training squad: He deserves it because during all the season he's playing very well, very solid, good quality, now he also starts to score goals, that's good.

“He's always available for his team-mates, to close the triangles, to ask for the ball, to have a personality.

“I like him when he goes to the tackle, he wins the tackles, for me that is important. Also there is a very good balance from when we go forward and when we defend, he's very attentive.”

The Foxes official website also gives the tough tackler a glowing reference, should Pochettino and Tottenham Chairman Daniel Levy wish to take it up. It calls Drinkwater ‘a talented playmaker capable of pulling the strings’ and praises his ability to ‘dictate the pace of games’ while ‘influencing attacking advances’.

For now, Drinkwater is still with the Premier League champions’ pre-season tour: he played the second half of their 4-0 loss to Paris St-Germain in the US and the full 90 minutes in the penalty shootout win over Celtic at Parkhead. He is also in the travelling party to Oslo, Norway for tonight’s glamour International Champions Cup clash against Barcelona at the Ullevaal Stadion.

Leicester kick off their domestic programme on Sunday (6 August) in the FA Community Shield against Drinkwater’s childhood club, Manchester United, at Wembley.