Sergio Aguero’s two-legged lunge at David Luiz towards the end of Manchester City’s encounter with Chelsea meant they lost more than just a chance to take points from their title rivals.

As well as losing the match 1-3, they lost both Fernandinho — who was snared by Cesc Fabregas’ devious trap — and Aguero to suspension.

With their Argentine star out for four games, questions were raised regarding how City will cope without him.

For a team who like splashing the cash, their striking options sans Aguero look uncharacteristically thin.

Kelechi Iheanacho is a precocious talent, but at just 20-years-old it feels like a tough ask, and maybe even an unfair one, for him to lead the line on his own in a title challenging team.

Despite a goal in his start against Celtic in City’s final game in the Champions League group stages, Iheanacho was left on the bench for the next three games.

Pep Guardiola’s refusal to replace Aguero with Iheanacho led to rumours that Manchester City would be in the market for another striker. But much of the speculation failed to acknowledge one important thing…

The arrival of Gabriel Jesus. 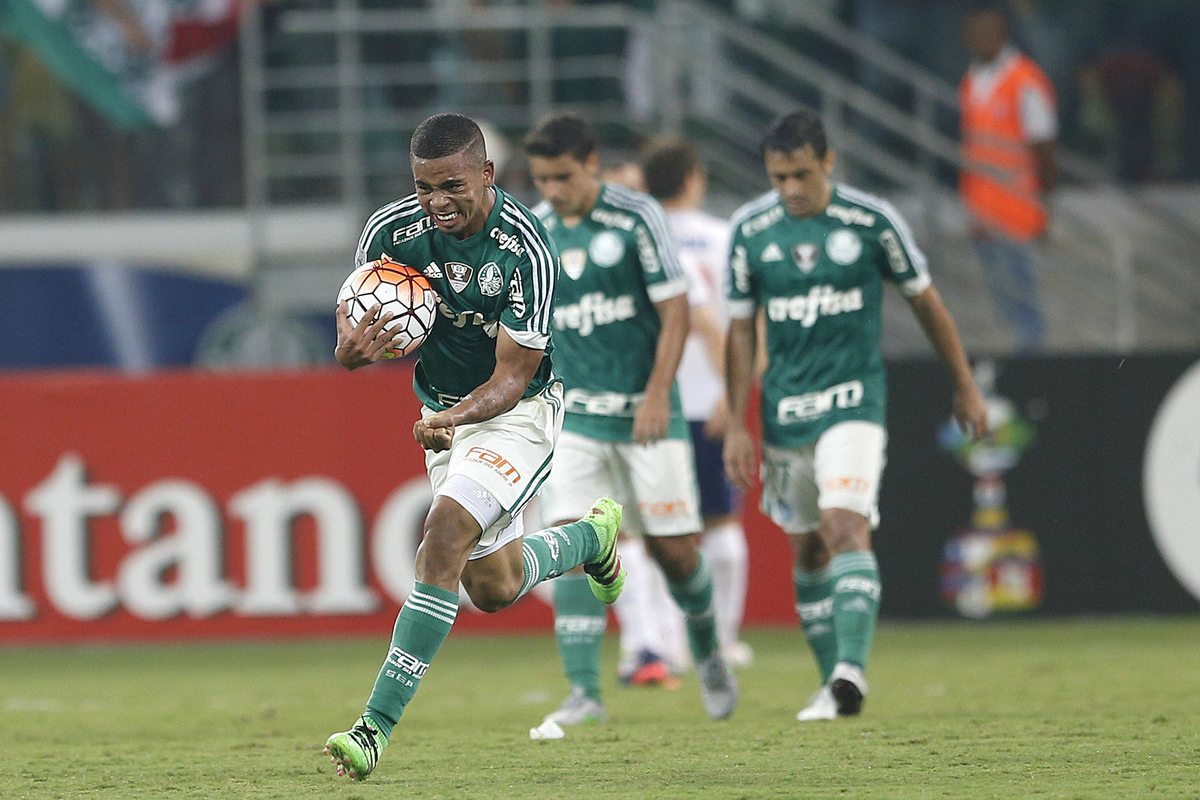 What follows is a look at the 19-year-old’s game, his stats, his style of play, and his mentality. But one important indication of his quality to note before all of this is that he’s just won the Bola de Ouro — Brazil’s player of the season award.

His 12 goals, 5 assists, and all-round stellar performances have helped guide his club, the Sao Paulo-based side Palmeiras, to their first league title in 22 years. In the previous season he’d won the league’s best newcomer award, but 2016 was the year he came of age.

There’s no doubt that a move to Manchester City will require another step up in quality, but for a player who’s won an Olympic gold medal (his country’s first in men’s football) and become the first choice striker in the senior Brazilian national side, the move will be another of many steps he’ll be looking to take in his stride.

Jesus is similar to Aguero in many ways. He’s roughly the same height, measuring up at 175cm to Aguero’s 173cm, and possesses similar lower body strength which gives him good speed across the ground and an ability to hold players off with his behind, even if he’s shorter than them.

Aguero is often compared to the Brazilian great Romario thanks to his stocky lower body, explosive power, and bullet shot. Jesus isn’t quite at that level of power yet, but he’s not far off. At the moment he could be placed between Romario and his partner in crime at the 1994 World Cup, Bebeto. 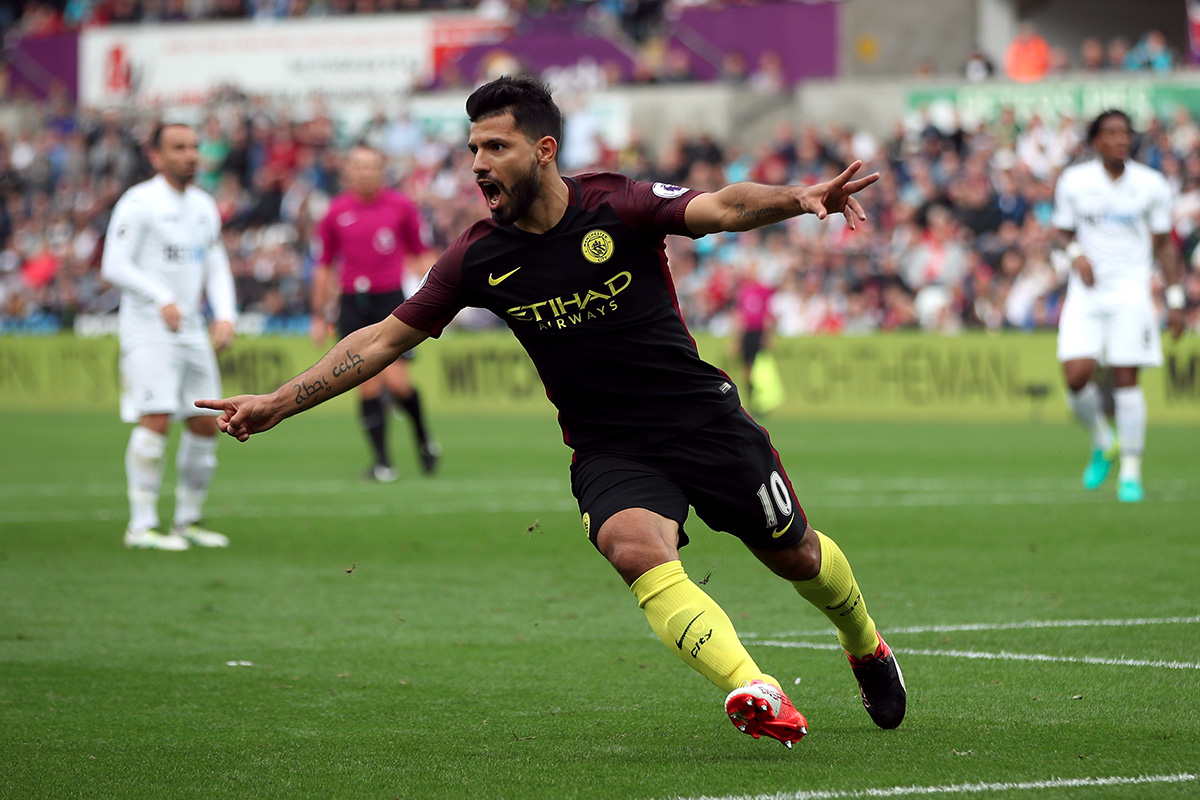 While Jesus plays much of his football as a striker, he can also play from the left, operating as an inside forward cutting in onto his stronger right foot. He’s also made the occasional appearance as a standard right winger where he can use his flair, speed, and dribbling ability to trouble opposing full backs.

At Palmeiras much of the creative work came from attacking midfielder Dudu, who led the league with 10 assists, but Jesus has an element of playmaking to his game which has also been evident at international level.

Jesus made his international debut against Ecuador in September 2016, scoring two goals and winning the penalty which Neymar converted in a 3-0 win.

In the South American section of the 2018 World Cup qualifiers, he has 4 assists to go with his 5 goals, which is all the more impressive when you consider this is from only 6 appearances. 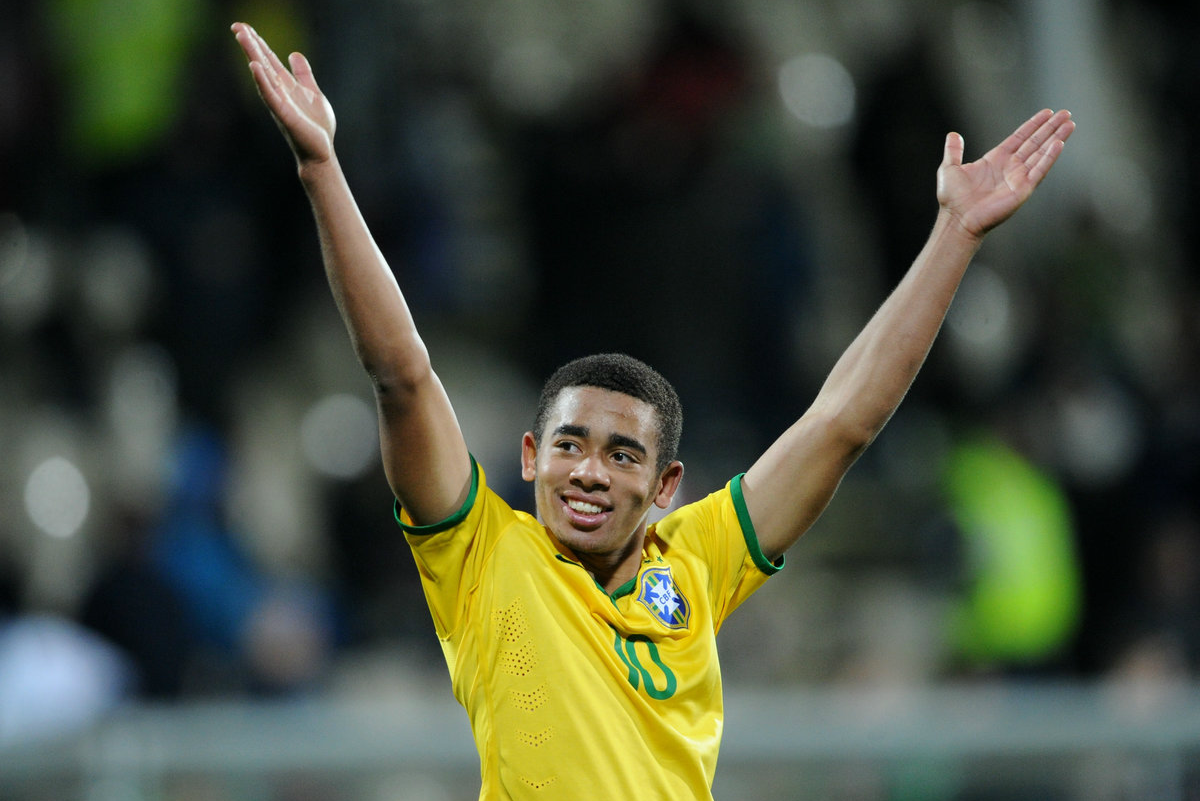 His performances in a yellow shirt have coincided with a renaissance for Brazil at international level since the arrival of their new manager Tite in June 2016. When Tite took over, Brazil were in bad shape.

Despite having won a long coveted Olympic gold medal on home soil under youth coach Rogerio Micale, the senior national side were a continuous disappointment, especially in their home world cup in 2014.

Neymar was trying and, despite his best efforts, failing to carry the team, and a nation which had produced some of the best centre forwards in history were severely lacking in the striking department.

The timing was perfect for Jesus, and his three goals in the Olympics playing alongside namesake Gabriel Barbosa (Gabigol), plus Neymar, propelled him into the limelight as a serious option for the senior side.

Since his debut in September, he’s been Tite’s go to player for the centre forward position, and even the for of Roberto Firmino in the position for Liverpool couldn’t dislodge him.

The expectation which weighs down on the shoulders of young Brazilian talents soon filters out those who might not be mentally tough enough, and might explain the slight dip in form of the aforementioned Barbosa.

This means that while Jesus is younger than current City youth star Iheanacho, he’s better equipped to deal with the pressure thanks to the ridiculous weight which any promising Brazilian has to carry.

Ignoring Pele comparisons is the first lesson a young Brazilian forward has to learn, and Barbosa — on whom the pressure was increased thanks to his expectant nickname “Gabigol”, and the fact he played for Pele’s former club Santos — may have taken some of the spotlight from Jesus when both were developing as teenagers.

If you combine this mentality with the trickery, dribbling, hard work, eye for goal, decent weaker foot, and vision, it becomes apparent that Jesus has the tools required to go far in the game.

At Manchester City he’ll find a mentor in Aguero, and thanks to his own versatility he could feature in the side more often than might have been expected early on, especially if his new Argentine team-mate is out injured or in need of a rest.

While Iheanacho has shown great promise it’s likely that Guardiola will favour the all-round game of his new Brazilian arrival. With Jesus set to join in January, and Colombian starlet Marlos Moreno also on City’s books, it may mean that any transfer rumours linking the club to a striker this January are wide of the mark.