According to popular opinion, Wayne Rooney is probably finished as a top level striker in the Premier League. With a stint in midfield ultimately proving to be unsuccessful, it could be a struggle to get regular game time under Jose Mourinho.

At club level, Zlatan Ibrahimovic has been preferred to lead the line, while Marcus Rashford is waiting in the wings to continue the video game that his life seems to have turned into.

England’s record goalscorer is also likely to find it tough at international level, with the removal of Sam Allardyce meaning there's little chance of him reviving his role as the man the Three Lions build their team around.

It's easy to forget, much of the clamour was caused by the perception that Rooney was somehow undroppable no matter his form, be it through imagined contract stipulations or a sheer lack of eyesight. The talisman has looked a shadow of his former self for the last few seasons, and no amount of tactful commentary during games was going to hide it.

The vast majority can accept a fading Rooney, especially given the professionalism he's shown in recent months. It's just hard for some to accept that it could already be the beginning of the end.

It was reported that he was shocked when booed by England fans during their game against Malta in October, although they had simply taken their opportunity to vocalise what a number of fans have been thinking for a while now.

There's a clear inability to control the ball like he used to, making a mockery of the idea that he still has the key components that would make for a top level striker.

Given that the striker declined the opportunity to take two penalties for Manchester United during a Europa League win in October, it's fair to say that the pressure is finally beginning to take its toll on the England captain. In the end it was two younger, hungrier players that stepped up and scored from 12 yards. 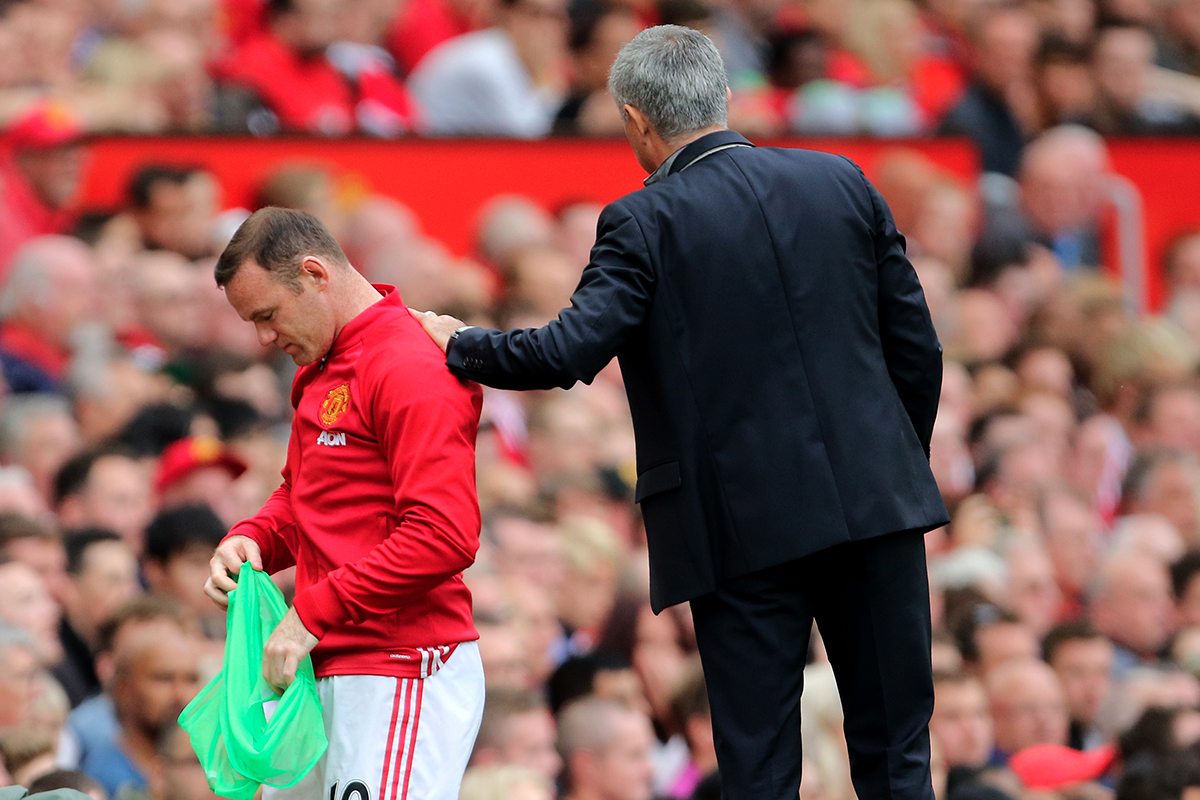 Mourinho culled Rooney from the starting XI in the Premier League, which made sense given the perception that he slows down play in the middle of the park. It's tough to begin the process of removing a player of his stature from the team, but that doesn't mean that he suddenly has nothing to offer when selected.

With Ibrahimovic chosen to lead the line up front, playing both in the big games would be tantamount to career suicide by the manager. He seems to have chosen the Swedish totem pole as his preferred attacker, and Rooney is more likely to be sacrificed if he has to chase a game in the closing stages.

However, with the team continuing to struggle to find their rhythm on a consistent basis, there's a chance that the managers gambit will blow up in his face, and a recall could be on the cards for the man he tried to sign for Chelsea back in 2013.

In more recent weeks there's been a resurgence in Rooney’s form; with a thumping strike against Galatasaray proving that he still has the ability to score goals that live long in the memory. Of course, the preceding 89 minutes left a lot to be desired, but there could yet be another run of hot form.

It's clear that England’s captain is in decline, and it has sometimes been embarrassing to watch on a weekly basis as he floats another pass into the crowd. It must be difficult for a player of his pedigree to accept the diminishing returns that his body is yielding, but he's professional enough to accept a changing role for his team, as long as it's genuinely the right choice for all concerned.

A return to Everton has been discussed as a potential destination, but he wouldn't be the best striker or attacking midfielder in the side. Romelu Lukaku is the more clinical finisher, while Ross Barkley has the ability to influence a game from midfield in a way that will never come naturally for the England striker. It's his boyhood team, but it wouldn't necessarily be a triumphant return. Why not stay at United for the remainder of his current deal, safe in the knowledge that he can still do a job for team over the next few seasons?

It's clear that the curtains are starting to close on the English ogre, but there's no reason why he should go quietly into the night. He can still have an impact, and Mourinho inadvertently proved that the striker wasn't the crux in terms of the issues stifling the United attack. It's too easy to lay the blame on the captain, and there's a sense that the knives have been sharpened in anticipation of the end of his trophy-laden career. 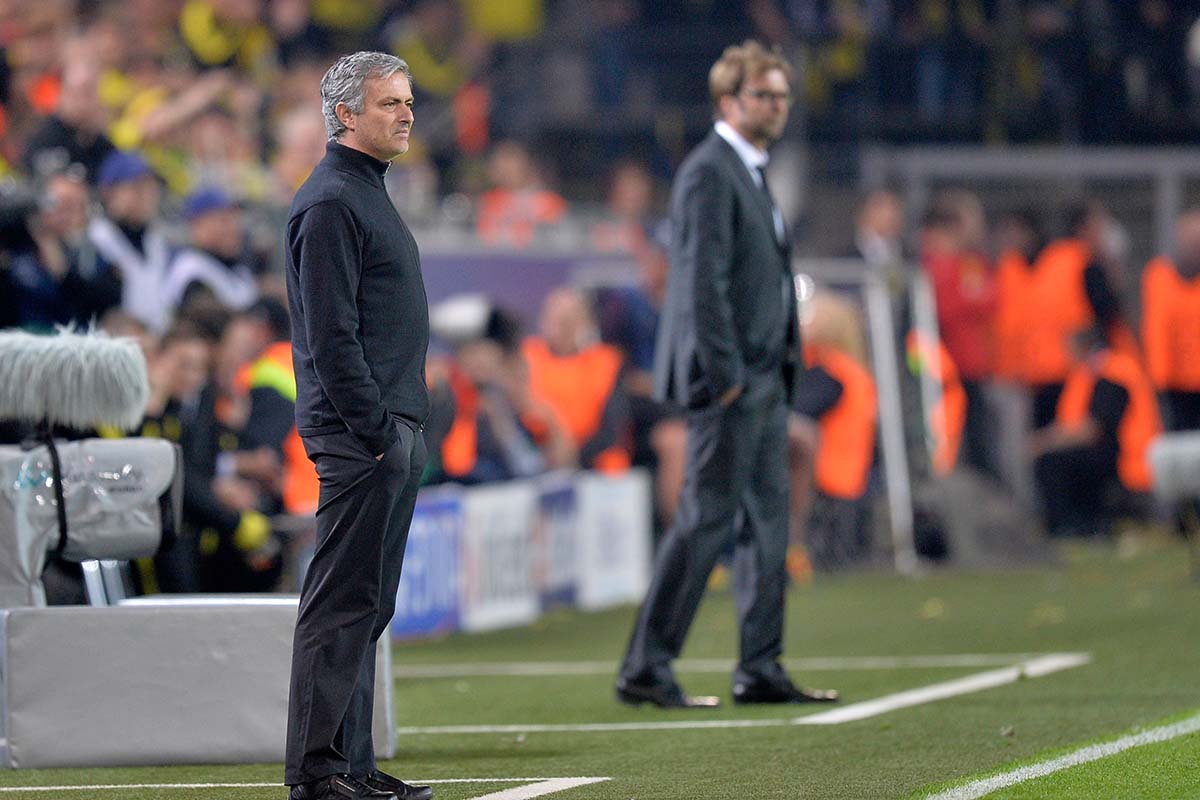 That being said, Mourinho is the manager, and is far better placed to decide whether Rooney still has the ability to have a positive impact on the team as a whole. His reintroduction to the squad in recent weeks following injury has led to positive displays, but he’ll need to keep producing the goods to keep the “geniuses” at bay, as well as his place in the squad in the long term.

There's a sense that the anger that once fuelled his rampant displays is beginning to run dry, leading to ever-shorter stints where he manages to have an impact on the field. Regardless, he's not quite ready for the scrapheap just yet.

So, it's true that he's beginning to decline, and it's arguably been happening for the past few years. Regardless, he still has something to offer in his role as captain, and it’s more nuanced than looking at his wage and his worsening displays compared to the past. For now, the United captain is having a reasonably positive effect on the field, and has continued to show professionalism throughout.

Major League Soccer or the Chinese Super League may be on the horizon, but Rooney is unlikely to shock the Premier League with an early move in the vein of Steven Gerrard or David Beckham. The United captain might not be the player he was a decade ago, but he can still pop up with enough goals and assists to justify the moments that make you wince.

What now for Wayne Rooney? He's probably going to stay put, but misplaced Hollywood passes will only lead to louder calls for the player to move on to the real thing. Goals and assists are the best way to silence the critics.