After months of agonising uncertainty, doubt and growing anxiety that the deal would not go through, Milan have changed hands.

Silvio Berlusconi confirmed his sale of the club to Chinese investors Rossoneri Sport Investment Lux on Thursday afternoon, saying an emotional goodbye to the club he has owned and guided for more than three decades.

Berlusconi the politician and person is a man with a long list of controversies to his name. But Berlusconi the football club president was a remarkable success.

After buying Milan on February 20, 1986, his investment and decision-making helped the club to the summit of European football on multiple occasions. Many of the players signed, including Marco van Basten, Kaka and Zlatan Ibrahimović went down in history as legends.

Some of the coaches hired, most notably Arrigo Sacchi, Fabio Capello and Carlo Ancelotti, changed the face of Italian football.

Recent years have been less kind and the takeover was seen by many as a necessary step into the future for a club that has been without Champions League football for three years and without silverware for five.

While there is an air of optimism surrounding the change of ownership, there are also many questions, the most prominent of which is: What next? 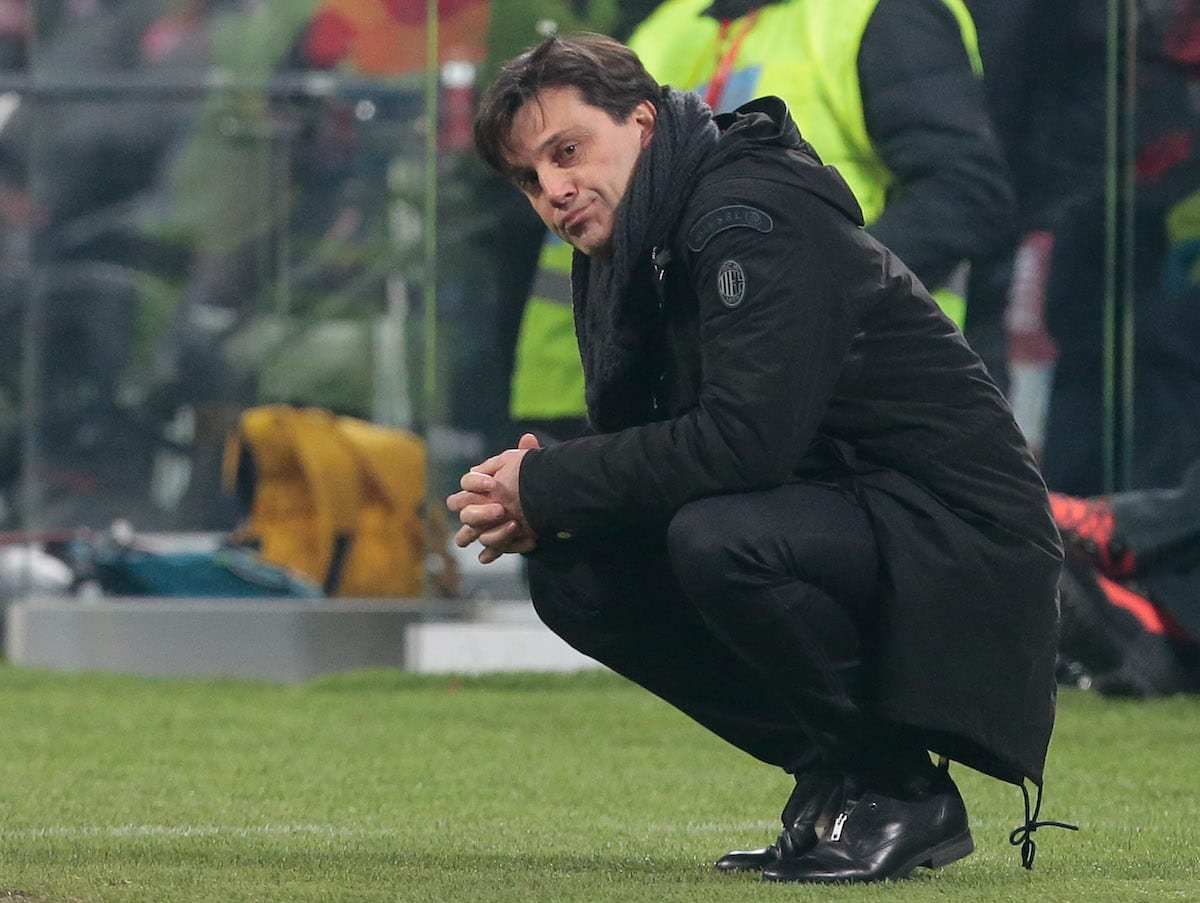 New owner Yonghong Li has already stated his intentions for Milan’s future. “AC Milan is a world-renowned football club with the most glorious history,” he told the press upon completion of the takeover. “We’ve completed a key step on the road to revival, and for the future we promise that step-by-step we’ll lead this legendary team back to the summit of world football.”

Before further discussion of grand plans for a new era filled with big signings and potential trophies, the future of current head coach Vincenzo Montella is perhaps the most important aspect regarding clarification.

Montella was appointed last summer to great excitement. At 42 years of age, he remains a young coach, but has already achieved some impressive results in his career on the touchline.

After winning more than half of his league games as caretaker manager of Roma, he led Catania to a comfortable mid-table spot in Serie A before taking Fiorentina to three successive fourth-place finishes. On top of those results, he implemented an attractive, attack-minded style of football that garnered much praise.

Mauricio Pochettino came into competition with Montella when Tottenham Hotspur faced the Italian’s Fiorentina side and described him as “almost like a Spanish coach for his playing style.”

It was this style, along with a solid track record, one brief and unsuccessful spell with Sampdoria aside, that interested Milan, and one year on there remains a great deal of optimism that Montella can restore the club to their previous heights.

Milan sit sixth in Serie A. While unremarkable, this position would be enough to guarantee a return to European competition after three seasons without. it’s also worth noting that, under Montella, Milan have, with seven league games still to play, already equalled their highest points tally in the past four years.

If the new owners are as a trigger-happy as some of their peers, they may choose to bring in their own head coach. Montella himself appears to have acknowledged this possibility.

“I’m happy here, but marriages are between two,” he said recently. However, replacing the coach so would be a risky decision given he has achieved some form of stability, and it could also neuter the good work done by the incumbent boss.

Montella has generally struggled to institute the patient, refined possession play that defined his Fiorentina side at the San Siro, but he has done remarkable things in other areas, most evidently in his prioritisation of youth.

Building on promising foundations, he has been unafraid to hand regular game time to youngsters, including 19-year-old playmaker Manuel Locatelli and 20-year-old right-back Davide Calabria. He has also, sensibly, persisted with 18-year-old Gianluigi Donnarumma as his No.1 goalkeeper while turning 23-year-old winger Suso into one of the most consistently threatening and productive attackers in Serie A.

Backing Montella would be helpful as Milan look to return to Europe next term. But, as far as the credibility of the new ownership is concerned, nothing could be more positive than tying down Donnarumma for the foreseeable future. The stopper has been nothing short of a phenomenon – a howler against Pescara aside – since breaking into the team under Sinisa Mihajlovic’s auspices and it speaks volumes that talk of his age is being gradually supplanted with emphasis on his astounding physical and technical capabilities.

Not only does Donnarumma possess quick reactions, but he is also a maturing ball-player and a commanding defensive organiser. He could be the symbol of a new Milan era, but first Li and his fellow investors had better look into the player’s contract situation – his current deal is set to expire at the end of next season. 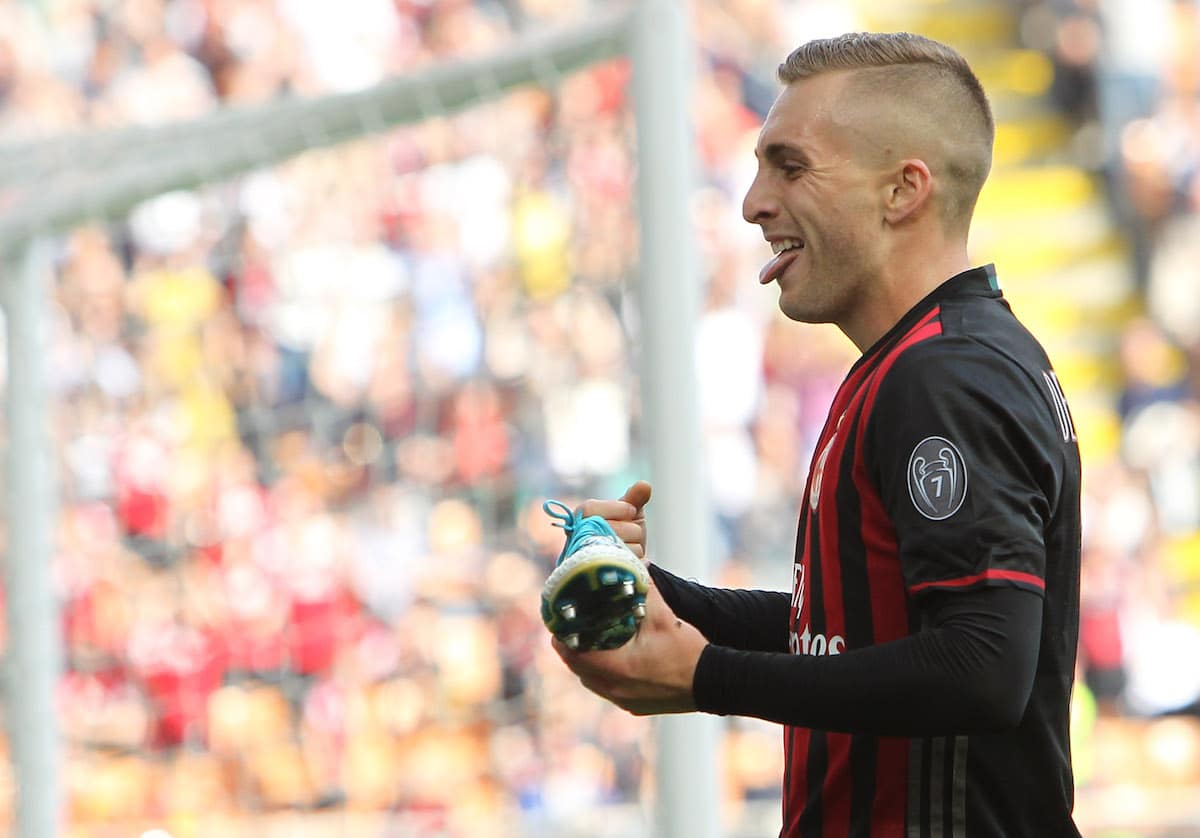 The possibility of Donnarumma leaving on a free, or in fact leaving at all, is a frightening one for the club’s fans. If the owners were to extend his deal, it would buy them plenty of goodwill among supporters, though they must also make good on their promise to offer “significant capital increases” by investing in new players for the squad.

In truth, Montella has worked wonders on a shoestring budget in his debut term as coach. Milan’s biggest signing this season was Gianluca Lapadula, a striker who had scored frequently in the second tier in 2015/16 and who joined for a fee of around £7 million.

But the club’s expenditure hasn’t touched that of city rivals Internazionale or reigning champions Juventus, and their sixth-place position is more to do with Montella’s tactical ingenuity than any serious squad depth.

A permanent deal for on-loan wide man Gerard Deulofeu would be a good start to the new owner’s first transfer window, as would signing a solid central defender to partner Alessio Romagnoli, who is perhaps the most rounded young centre-back in Italy. A rugged midfield protector would allow Locatelli room to grow, while a centre-forward is a necessity considering Carlos Bacca’s mixed form and the existing lack of quality alternatives to the Colombian.

Milan have taken a step into the future with the change in ownership, but they have also entered the unknown. Only time will tell if Li’s plans include Montella, Donnarumma and serious investment in the playing squad.