Twelve years have passed since Arsenal last lifted the Premier League title. In that time period a lot has changed, at least externally. Sir Alex Ferguson’s Manchester United reign has ended and the club has moved into a new era of uncertainty. Liverpool have challenged intermittently under Rafa Benitez and Brendan Rodgers, and now threaten to do so again under Jurgen Klopp. Manchester City and Chelsea have been morphed into elite clubs by the abundant finances of wealthy tycoons. The league itself has been transformed with a developing parity between clubs, itself a consequence of immense television revenues, enabling the likes of Everton to keep hold of their star players for longer, a change that could potentially threaten English football’s existing hierarchy.

And then there’s Arsenal. They left Highbury for the Emirates Stadium in 2006, but other than that, the club has been a paragon of consistency. Since the relocation, they have finished either third or fourth, without fail, each season. And they will most likely do the same this term. Arsene Wenger remains in the dugout, two decades on from his arrival on English shores. In each of the last six years they have exited the Champions League at the round of sixteen stage. The Gunners are footballing clockwork.

Unfortunately, consistency – while admirable in its execution – is not a measure of success. Furthermore, it can be incredibly boring. And frustrating. This is especially the case when a football club with all the resources, financial and otherwise, necessary to challenge for silverware consistently fails to do so, all the while playing exactly the same style of football, with the same manager and the same type of player. This is essentially what Arsenal have done, week after week, month after month, year after year, for the last decade and beyond.

Their perennial underachievement has become monotonous. Nowadays it is expected. Minor movements, such as Arsenal falling out of the top four, challenging for the title or progressing to the Champions League’s quarter-finals, would be considered strange occurrences. Jose Mourinho has branded this precise non-achievement as ‘specialism in failure.’ Fan protests are underway. And, were it not for the two successive FA Cup wins of 2014 and ’15, the voices of discontent would undoubtedly have been raised sooner.

These are the not-quite years for a club that, among English competition, ranks only behind Manchester United and Liverpool in terms of historic achievement. There painfully underwhelming recent performances have often been justified by Wenger as a product of the club’s financial carefulness; an unwillingness to throw money around for the sake of it. However that attitude has altered slightly in recent years, most noticeably through the £42.5 million and £35 million signatures of Mesut Ozil and Alexis Sanchez respectively. And, this season, the original excuse has been rendered irrelevant by the title win of Leicester City and challenge of Tottenham Hotspur. 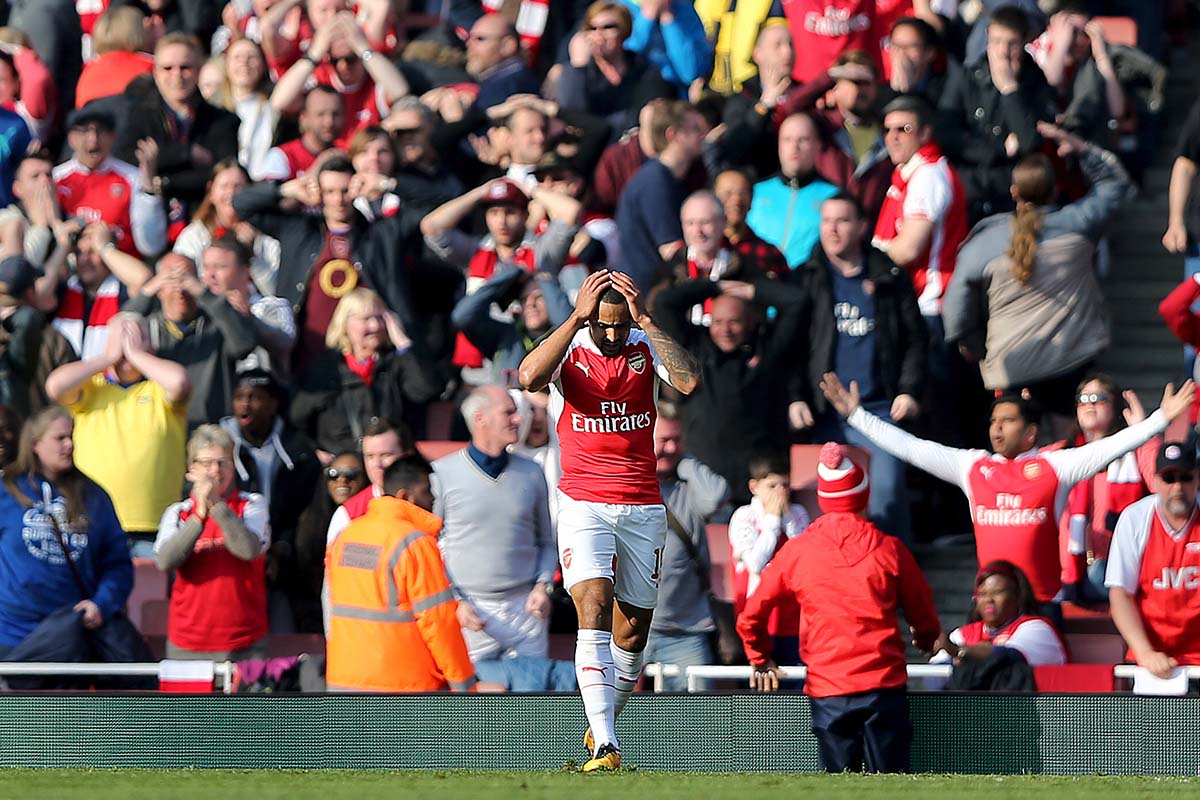 This campaign couldn’t have offered a more overt opportunity for Wenger’s side to re-assert themselves atop English football. Liverpool and Chelsea have changed managers; Manchester United have struggled under Louis van Gaal’s creaking auspices; Manchester City have been (supposedly) distracted by the impending arrival of Pep Guardiola. The path was clear for Arsenal to take their first title since 2004, but they instead resorted to do what they do every year – finish third or fourth with seventy-something points on the board.

With this latest failing in mind, many of the club’s fans took to holding up ‘Time For Change’ placards at the most recent game, a tight 1-0 victory over relegation-threatened Norwich. Loyalists remain, but these calls for change become louder and more understandable with each passing year. Yet, while change sounds interesting and cool, it needs to be more clearly defined.

Firstly, the results obviously need to change. As discussed, Arsenal, traditionally, are a successful club; third or fourth evidently no longer satisfies the fans. However to understand how results could change, it is first necessary to assess how they were achieved in the first place. Here, Wenger’s tactics enter into the discussion.

The Frenchman brought about beautiful, revolutionary and – in some cases – visionary football during the first decade of his tenure. It was fast, it was attacking, and – in the 2003-04 season – it was unbeatable. The movements of Thierry Henry and Dennis Bergkamp removed all reference points for opposition central defenders; the speed and inward runs of Freddie Ljungberg and Robert Pires allowed for exhilarating combinations; the midfield was balanced and the defensive line solid.

Arsenal are still capable of aesthetically pleasing football, but it has become staid and ineffective. The balance and combination play that defined Wenger’s Invincibles has gradually been replaced by a looser, more individualistic, laissez-fair interpretation, whereby the players dictate the team performance, as opposed to the other way around. Jamie Hamilton discussed this in a recent article for These Football Times.

“Wenger appears to have been seduced by the good football of … ball-based, technique-obsessed fundamentalists,” Hamilton argues. “It is a preoccupation with moments of individually inspired brilliance. The team is not cohesive. It does not function collectively, especially without the ball.”

This lack of an overarching tactical framework has impeded Arsenal in recent years, and Wenger’s open unwillingness to address it suggests that his ideas, and therefore the team’s style, will not change any time soon. And, if the style lies behind the underperformance, the club can consequently expect to continue underachieving as long as Wenger is in charge. It stands to reason then, that in order for improved results, a new manager is needed.

Who that manager would be is a difficult question to answer. Firstly, the club would need to decide upon its direction in terms of the style of play. Arsenal have the finances to aim for a repeat of the combination of collaborative, technically stunning football and positive results seen in 2003-04. Though, if results were to be prioritised over stylistic idealism, a change in manager could lead them down a more pragmatic path, perhaps to someone such as Jose Mourinho.

Whatever Arsenal do next, however, it is clear that change is necessary. And the first move should be to identify Wenger’s replacement.