After a thrilling first leg which ended with a 5-3 victory for Manchester City, Pep Guardiola’s men travel to Monaco tonight as favourites to progress to the Champions League quarter-finals.

The initial encounter between the two teams at the Etihad three weeks ago saw the Citizens twice come from behind to rescue a victory and ensure that they will take a healthy two-goal cushion to the Stade Loius II.

But with three away goals in the bag, Leonardo Jardim’s free-scoring, table-topping Monaco will fancy their chances of bagging the goals that will see them book their place in the last eight.

How Manchester City should line up

With the use of our brand new Lineup Predictor, which utilises a unique algorithm to work out which players are most likely to start, we’ve taken a look at how we think City and Monaco will line up.

Club captain Vincent Kompany is thought to be nearing a return to fitness, but Guardiola might not want to risk the experienced Belgian from the start, so the much-maligned pairing of Nicolás Otamendi and John Stones could remain in place.

Further forward, the pace and energy of Raheem Sterling and the in-form Leroy Sané will be crucial to the visitors' chances of bagging an away goal or two.

Monaco will line up in a 4-4-2 formation as they have for most of the season. With two-goal star of the first leg, Radamel Falcao, likely to miss out through injury – although he has been named in the matchday squad — 18-year-old wonderkid Kylian Mbappé will partner Velère Germain up front, while the Monegasque men will also be without centre-back Kamil Glik who is suspended.

After an indifferent few months earlier in the season, City’s form has picked up in recent weeks, with the team slowly staring to resemble the kind of fluid attacking outfit that Guardiola has become a specialist in producing.

Indeed, they haven’t suffered a defeat in all competitions since a loss away to Everton in mid-January, and they booked their place in the FA Cup semi-finals by comfortably beating Middlesbrough 2-0 at the weekend. 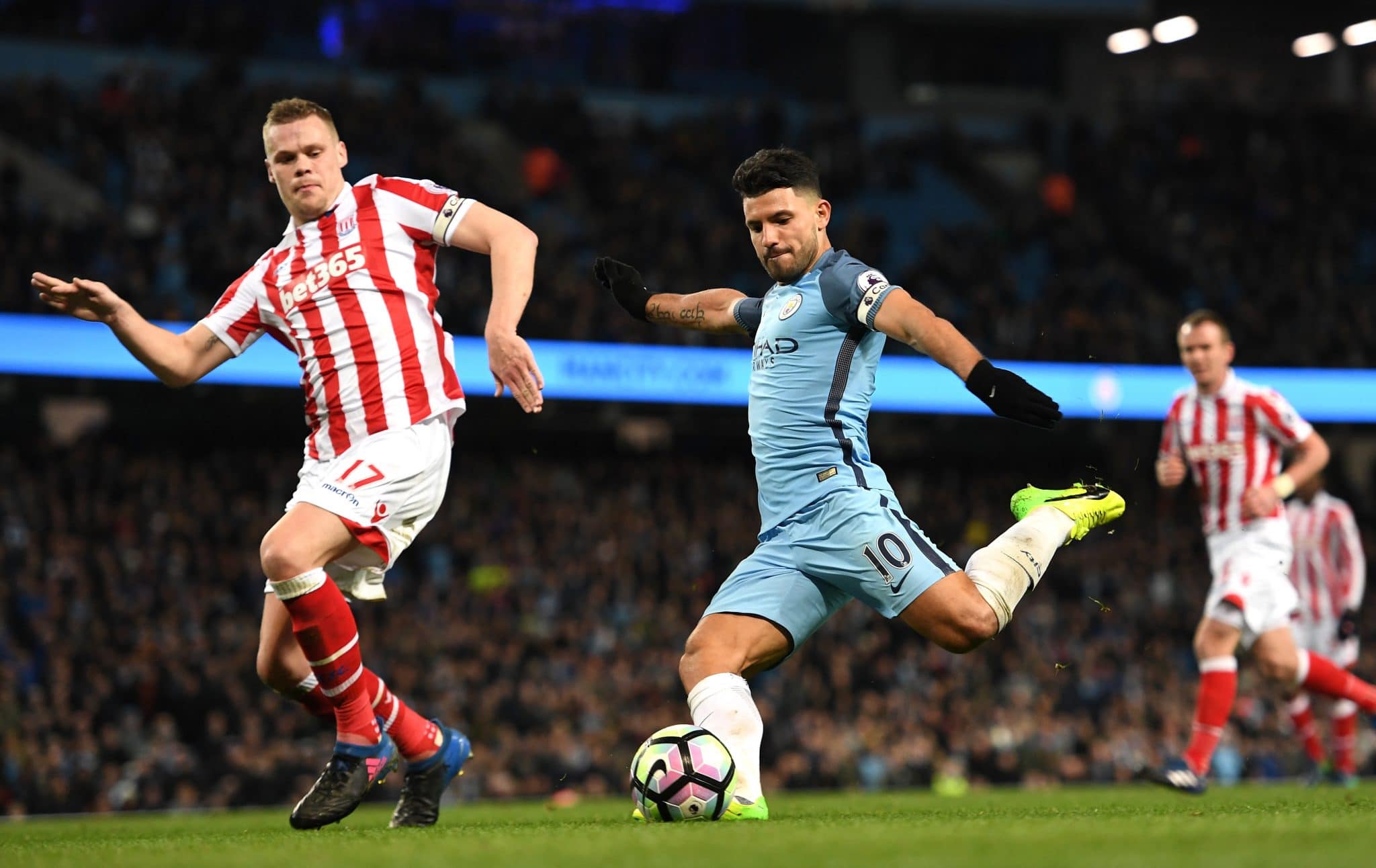 However, the midweek 0-0 draw at home to Stoke City in their last Premier League outing was a disappointment and seems to have ended any faint hopes the Manchester side had of catching Chelsea at the top of the table.

Top of Ligue 1 and averaging almost three goals per game, Monaco have been in imperious form this term as they hope to claim their first league title since the 1999-00 season.

The first-leg reverse at the Etihad is Monaco’s only defeat since September, while last weekend, goals from João Moutinho and Mbappé saw off Bordeaux in a 2-1 home win.

What Manchester City need to do to progress

With a two-goal lead, City are under no obligation to go out and take the game to Monaco. However, with the home side’s offensive firepower and the fact that Guardiola’s side are far from an imposing defensive unit, simply sitting back and hoping to absorb pressure might not be such a wise move.

City only know one way to play under the Catalan tactician, and that is to attack, to fight fire with fire. Though that is all well and good, they will have to be cognisant of, and plan for, the various threats that Monaco pose.

Most notably, they must find a way to minimise the impact of Bernardo Silva and Mbappé.

Despite having only turned 18 in December, Mbappé looks a natural fit at the highest level, with 16 goals and five assists to his name already this season.

Guardiola’s teams always operate with a high line, subscribing to an idea that Arrigo Sacchi and Marcelo Bielsa both espoused in that there should be no more than 25 metres separating the deepest defender and the foremost attacker. 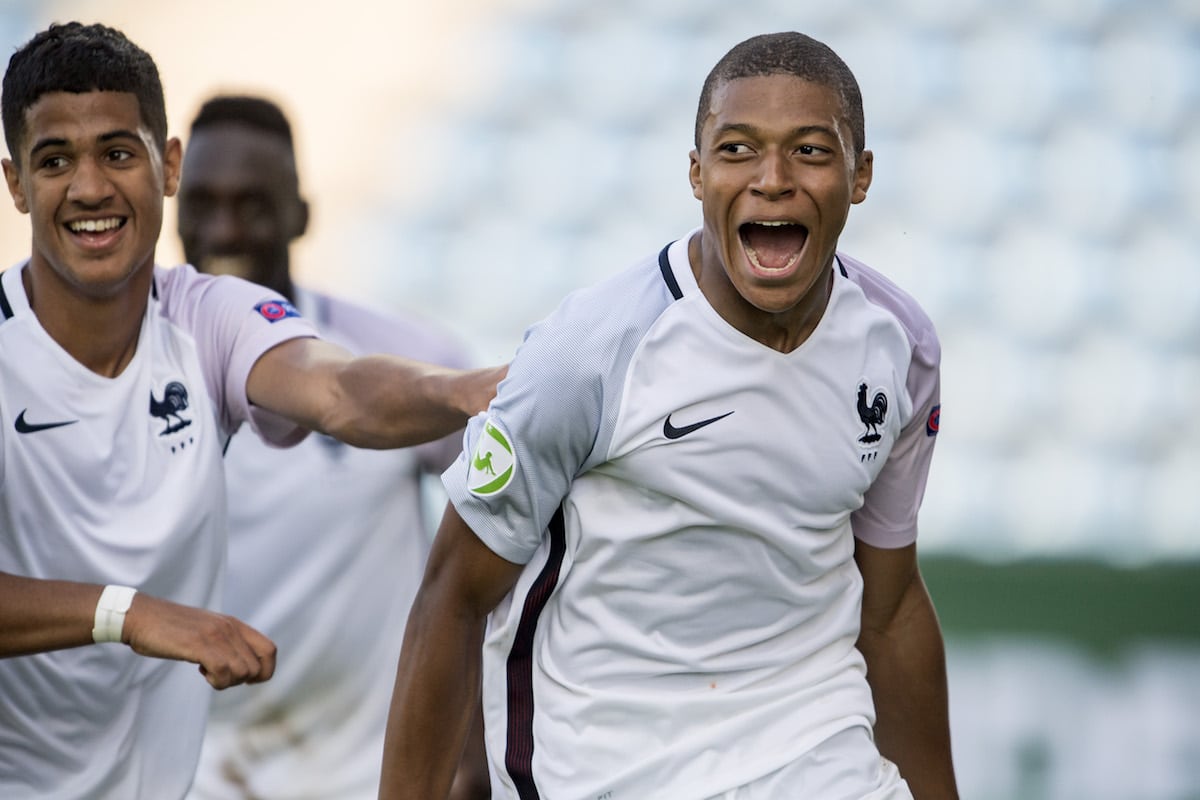 However, with Mbappé’s ability to exploit any space in behind with his blistering pace and mature finishing, City may be wise to hold their line a little closer to their own goal against Monaco, denying the youngster the acreage he thrives on.

As for Silva, City sitting too deep and stretching their shape could play right into his hands. The little Portuguese magician likes to come inside from the right flank, onto his stronger left foot, and weave his creative patterns in the space between the opposition's defence and midfield; a fine balance between being too high and too deep must be struck to prevent this.

Offensively, City’s primary weapon is their unique patterns of movement. With David Silva and Kevin De Bruyne both staring in deep midfield positions, any time Guardiola’s men have the ball, the two creators push up in support of the attack, with Sané and Sterling staying wide to stretch the opposition’s defence.

Fabinho and Tiemoué Bakayoko are both tremendously athletic and diligent in carrying out their defensive duties, so City’s attacking midfielders will not find space especially easy to come by. However, with intelligent and timely position switching, the movement of the Sky Blues’ formidable forward line can be too much for any side to handle, while in Sergio Agüero they have one of the world's deadliest finishers.

“Attack is the best for of defence” is a tired and erroneous cliché, but there might just be a hint of truth in that for Manchester City tonight.

11 Players Pep Guardiola Has Improved In His Career