Most top-level managers are judged on their record of delivering trophies for the teams they oversee, with reputations forged in silver and legacies defined by medal collections; style points count for something, but only if backed up by results.

In that sense, then, Marcelo Bielsa's reputation as one of the game's great tactical minds is somewhat at odds with modern convention. The Argentinian manager, reportedly close to taking charge of Leeds United, hasn't won a major honour since a 2004 Olympic gold medal with Argentina, with his last club success coming by way of a domestic title in his homeland two full decades ago.

Yet it can be argued that very few coaches of the last 30 years have helped shape modern football as much as Bielsa.

The former Marseille and Athletic Bilbao boss' influence has rubbed off on such illustrious managerial names as Mauricio Pochettino and Diego Simeone, who both worked under the 62-year-old during their playing career, while Manchester City‘s Pep Guardiola, who flew to Argentina some years ago especially to meet and talk tactics with Bielsa, has borrowed many of the veteran coach's principles and applied them to his own uber-successful philosophy.

“For me, he is the best coach in the world,” says Guardiola of the enigmatic Argentinian. “My admiration for Marcelo Bielsa is huge because he makes the players much, much better.

“He helped me a lot with his advice. Whenever I speak with him I always feel like he wants to help me.

“It is important for me to say this about Marcelo because it doesn't matter how many titles he had in his career. We are judged by that – how much success we have, how many titles we have won.

“But that is much less influential than how he has influenced football and his football players.”

The list of high-level coaches Bielsa has inspired doesn't end there, either.

Former Barcelona and Argentina boss Gerardo ‘Tata' Martino is another who fell under his auspices at Newell's Old Boys in the 1990s; and current Argentina manager Jorge Sampaoli is a known disciple, applying lessons learned from studying Bielsa to attain success in Chile, before succeeding the ex-Lille coach with the Chilean national team.

There is a notable disparateness among the tactical styles of many of the coaches who credit Bielsa as an influence. This is because he is the ultimate footballing idealist, believing resolutely in his methods and rarely compromising on what he believes to be the ‘right' way to play the game.

Those he has influenced have elected to borrow different facets of his blueprint and apply a measure of pragmatism in order to achieve greater success, in terms of results and trophies won, than the Argentinian.

For example, Pochettino and Simeone both espouse opposite brands of football with Tottenham Hotspur and Atlético Madrid respectively, but they both have echoes of Bielsa in their style: the former for his commitment to high pressing and dynamic attacking, and the latter for the level of full-hearted application he demands of his charges, which is then applied to a more defensive remit than Bielsa would ever be comfortable with. 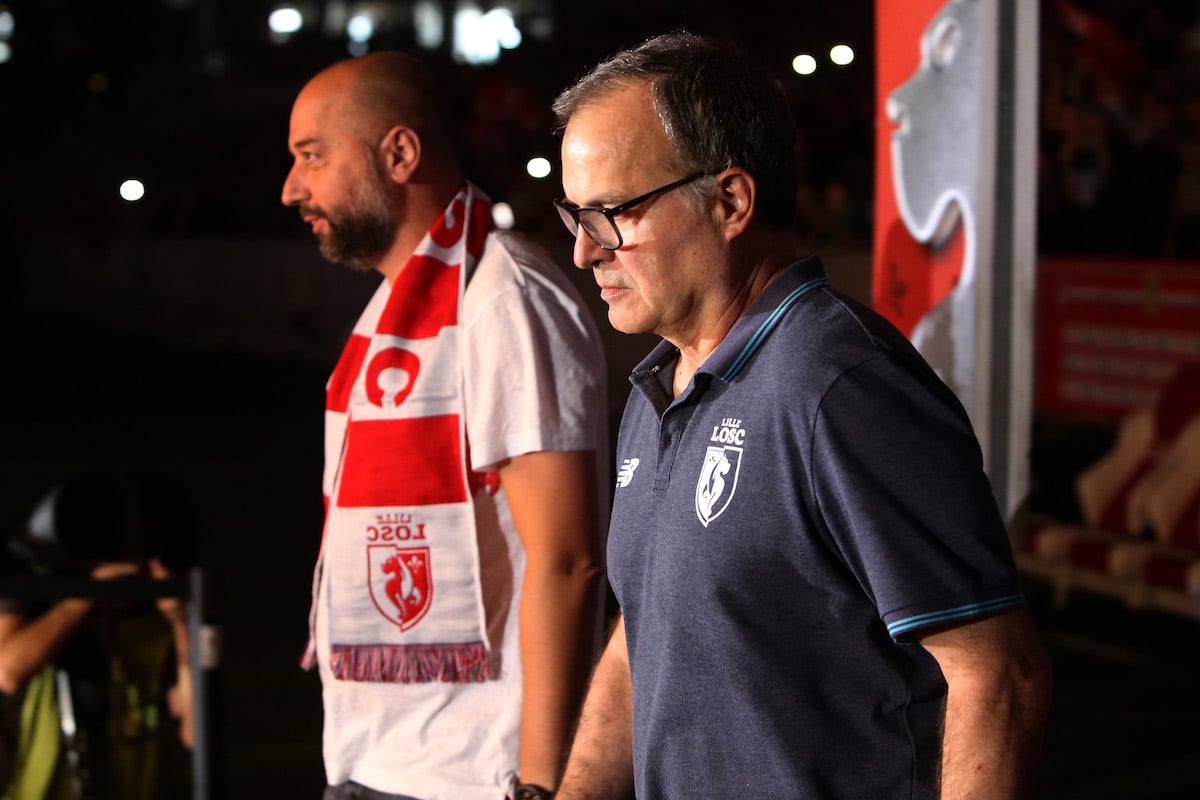 The football of Guardiola's sides recalls the progressive possession, intense pressing and positional play emphasis on finding the ‘third man' that have long been hallmarks of Bielsa's work, while Sampaoli is perhaps truer to his compatriots blueprint than any other coach, often using some form of the 3-3-1-3 shape Bielsa has favoured throughout his career.

In more recent years, Bielsa's dogmatism has mellowed ever so slightly, evidenced by his occasional use of a more conventional 4-2-3-1 formation at both Athletic and Lille. But, for the most part, he remains true to the beliefs he first forged as a youth coach with Newell's in Rosario, Argentina.

With lawyers and politicians among his immediate family, Bielsa comes from academic stock. When, with lucid self-awareness, he realised he didn't possess the requisite talent to make it as a professional footballer, he turned his hand to coaching, borrowing from the differing schools of thought applied by César Luis Menotti and Carlos Bilardo – who both won the World Cup with Argentina – to form his own ideal way of playing.

Renowned for his meticulous approach, owning a frankly ridiculously large collection of game footage, which was poured over day and night, Bielsa also took inspiration from Arrigo Sacchi's Milan, adopting the Italian tactician's idea of utilising pressing and well-drilled team shape to shrink the field, with no more than 25 yards between the deepest defender and the forward-most attacker.

“While the opponent has the ball, the whole team presses,” Bielsa once said, detailing his methodology, “always trying to cut off the play as close as possible to the opponent’s goal; when we get it we look to play with dynamism and create spaces for improvisation.”

Demanding full commitment of his charges, Bielsa's frantic-pressing, high-octane attacking football is a joy to behold when everything clicks into place, just as it did when he guided Newell's to two Argentinian titles and a Copa Libertadores final in the early-1990s.

This continued into the modern era: Athletic trouncing Manchester United on route to the 2011 Europa League final; at least two-thirds of his tenure at Marseille; and his wonderfully entertaining Chile side who lit up the 2010 World Cup. 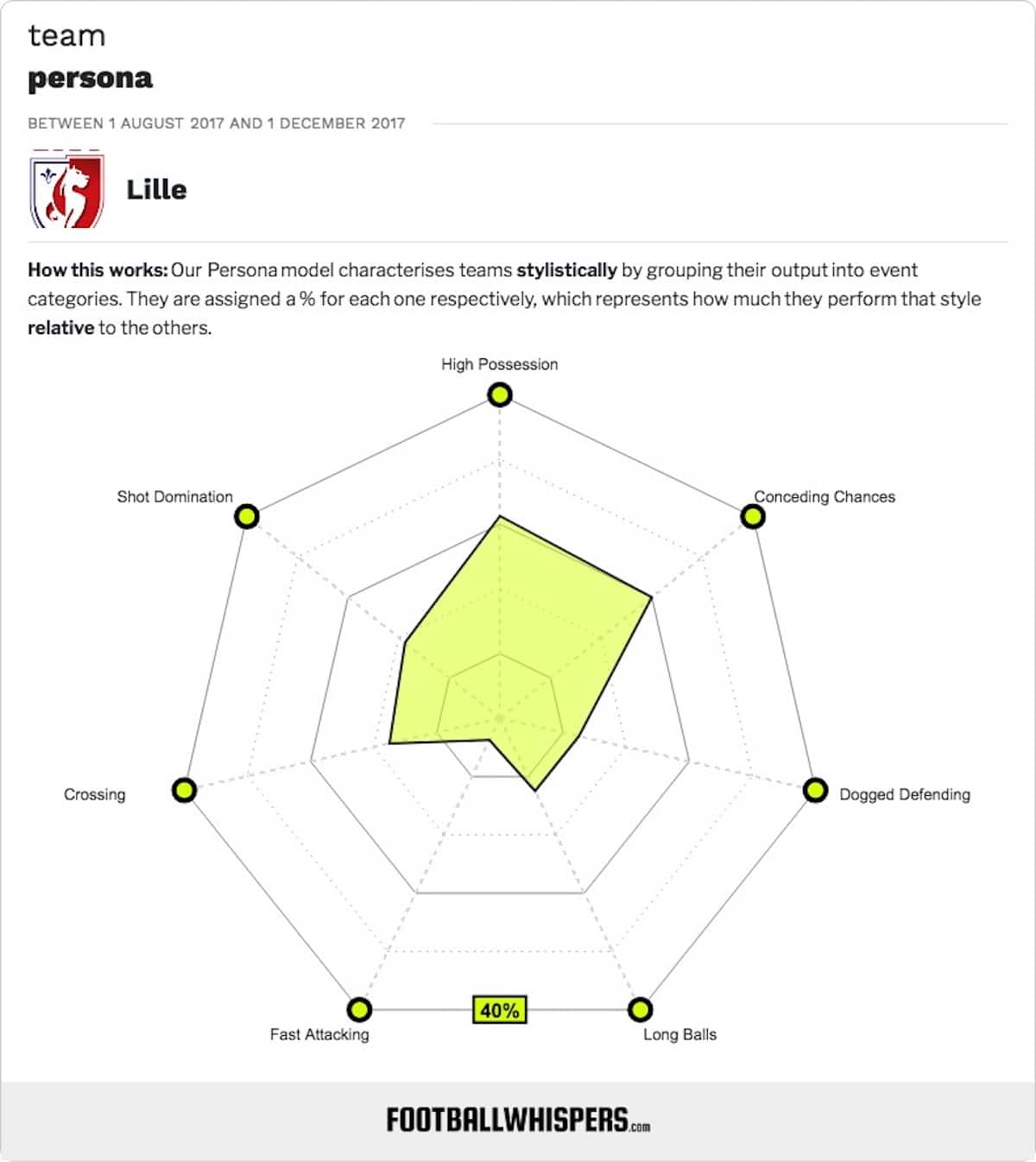 The cost of success…

But Bielsa's methods can be draining, both physically and mentally. His players are asked to maintain heightened concentration season long, and every outfield player, regardless of position, must be in constant motion, with and without the ball.

Ander Herrera, who was part of that wonderful Athletic team, recently admitted to the Big Interview that the main reason they performed so limply in defeat to Atlético Madrid in the Europa League final was exhaustion.

“We were a completely different team than we had been before,” the Manchester United midfielder confessed. “To be honest, we were physically f***** . . . we couldn't run anymore.”

When things go wrong for Bielsa, that often go spectacularly wrong, too. In 2002, he took one of the most talent-packed Argentinian teams for more than decade, installed as pre-tournament favourites, to the World Cup in Japan and South Korea, only to fail to progress beyond the group stage.

After being appointed Lazio coach in the summer of 2016, he resigned after just two days, claiming promises over transfer targets had not been kept; his stay at the Stade Vélodrome ended similarly abruptly at the start of his second season in charge.

His most recent post, in charge of Lille in Ligue 1, is perhaps his most doomed and bizarre.

The ambitious French club installed Bielsa in the summer of 2017 and backed him with a transfer budget they believed could bring European qualification. However, a string of recruitment missteps and selection mishaps saw Lille fighting relegation by mid-season, with the players appearing baffled by his tactics.

After an alleged breach of contract, Lille suspended and then fired Bielsa in December, with the Argentinian ordered to pay €300,000 in damages.

At no stage of his career has Bielsa been a guarantee of success for the clubs he has managed, and perhaps even less so than ever at this juncture. But what he has guaranteed, more often than not, is stylish, entertaining football.

Combustible, cantankerous and sometimes controversial, yet a revolutionary thinker capable of footballing masterpieces; there is never a dull moment with Bielsa.