Aston Villa’s season is beginning to resemble the wreckage and relentless sense of misery of last year, but it wasn’t supposed to be this way for Steve Bruce.

The experienced coach strode purposefully into Villa Park in October and immediately oversaw a dramatic upturn in form and fortune. Six days and just two games into his tenure, Villa won for the first time since August when Jordan Ayew’s late penalty helped them edge Reading.

It was a first away success in 14 months, backed by the raucous vocal support of the sizeable band of 4,000 Villa fans who made the trip to the Madejski Stadium. Following the match, Bruce said it was his job to reinject a sense of belief into a club that had descended from top-six Premier League high-flyers to Championship strugglers.

Following that result, Villa beat Fulham, drew with rivals Birmingham City and went November unbeaten. It looked as though Bruce was certainly making progress in achieving his objective.

However, after a mixed bag in December, the team’s form has plummeted alarmingly. Despite spending £20million on six players in January, Bruce has overseen a dramatic collapse in confidence, resulting in five straight defeats and eight in their last nine. 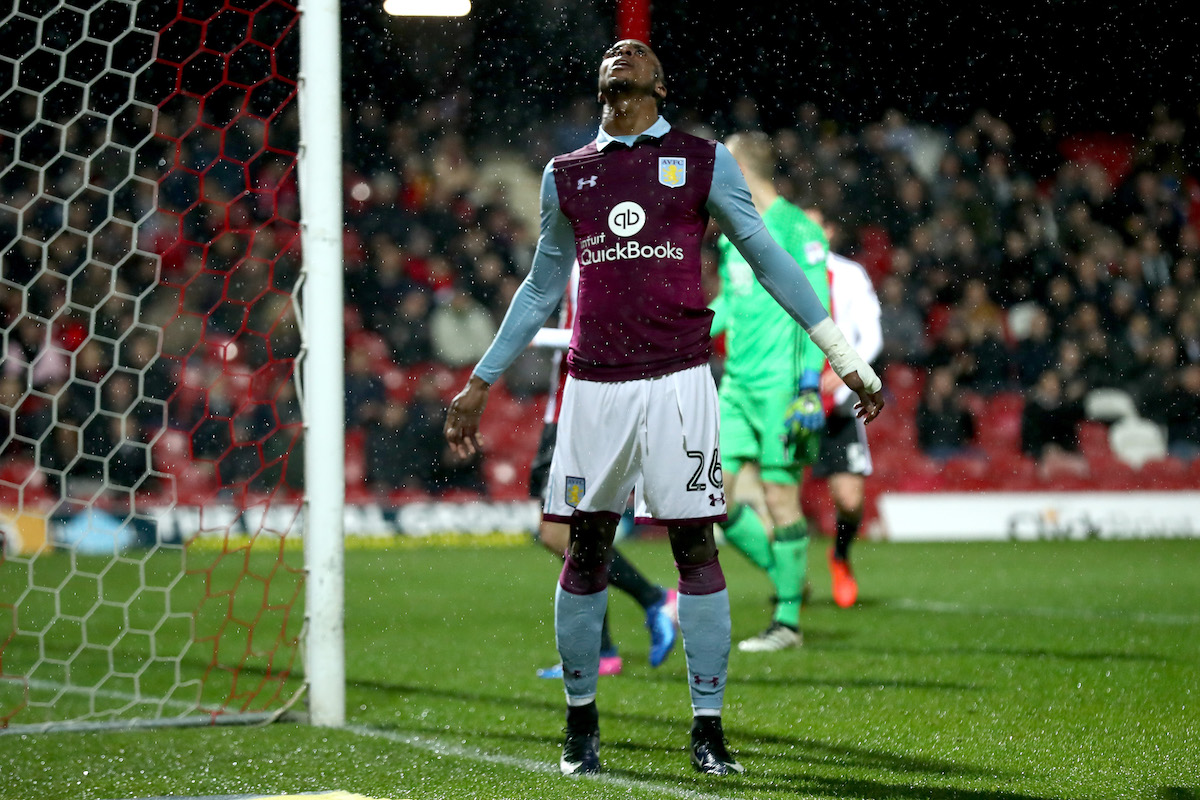 Having seemingly made in-roads into his rebuilding process, supporters have been left bewildered by a regression back into relegation form. Amid a backdrop of expectation and hope, Villa have slipped back into the drifting, rudderless ship that was ushered out of the Premier League with minimal fuss.

Remedial action is essential, and soon, otherwise Villa will find themselves trying to negotiate promotion from England’s third-tier next season.

Bruce summed up recent misery with a scathing assessment of his side’s performance in the 2-0 defeat to Newcastle United who, like them, dropped down from the top-tier but look like strong contenders to head straight back up.

“We've done okay and then we give a poor goal away,” he said, “and the goals we keep giving away are typical. So unless we learn to do the basics, they're two horrible goals to lose a game against Newcastle and that's our Achilles heel at the moment.

“At the other end the three, four chances we've created, we can't take them. It's been a struggle. The second goal is a calamity, ridiculous, but that's where we are at the moment. We're making silly mistakes, getting punished and not getting a break ourselves.”

Players still getting to know each other

So, what has gone wrong? The first issue, touched upon earlier, is that several of Bruce’s first-team are still in the ‘getting to know each other” phase. Scott Hogan, Conor Hourihane, Henri Lansbury and Neil Taylor were all signed in January, offsetting the high-profile departures of Jordan Ayew, Rudy Gestede and Ashley Westwood, while under-performing £12million striker Ross McCormack was loaned to Nottingham Forest. 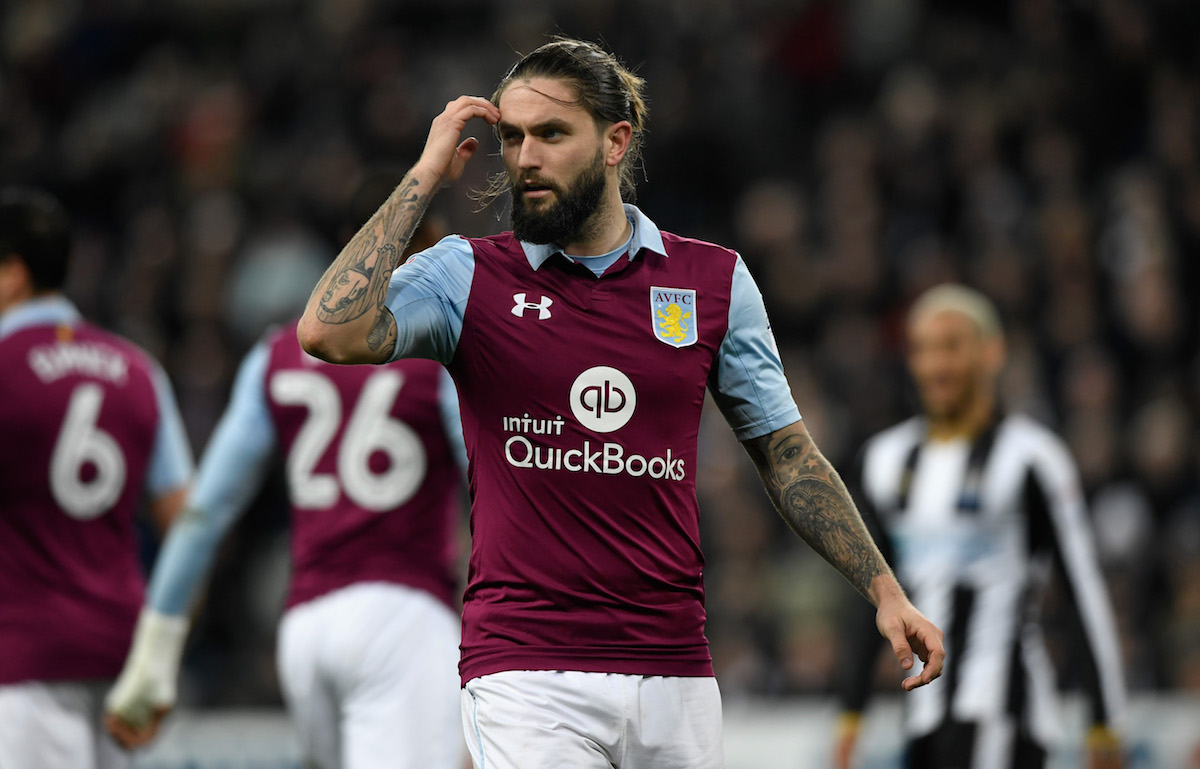 With such movement in and out of the club, it’s been difficult for Bruce to coach a settled, comfortable squad who are confident of each other and know each other’s roles within the team. With the bedding in process still ongoing, performances have faltered.

It’s certainly a factor, but is it an acceptable excuse? Should these players have settled by now? Villa’s transfer policy under Tony Xia has brought solid investment in proven players. Hourihane, Lansbury, Mile Jedinak, McCormack and Tommy Elphick – all signed in the last 12 months – were captains at their previous clubs, yet Villa still seem to lack a perceptible sense of direction and leadership on the pitch. Despite possessing an experienced squad crammed with strong characters, there has been no indication that their current slide will be stopped anytime soon.

Throughout his coaching career, Bruce has established himself as an effective, succinct training ground communicator. His teams don’t play like Barcelona, but they are organised and drilled to within an inch of their life.

Bruce prides himself on being able to hammer a collection of individuals into a cohesive team but, for whatever reason, his ideas are not being clearly received by his players, and their fragility from set-pieces – more than anything else – highlights this problem.

During the defeat to Newcastle, Bruce’s expression painted a telling picture. His anguish was plain to see as Villa conceded “horrible” goals from set-pieces.

For the first one, not one of Villa’s seven defenders could clear the ball as it bounced around before being converted by Yoan Gouffran. For Newcastle’s second, Jamaal Lascelles eluded Elphick – not for the first time – to force an own goal from Lansbury, despite him being in the right position on the post to clear. 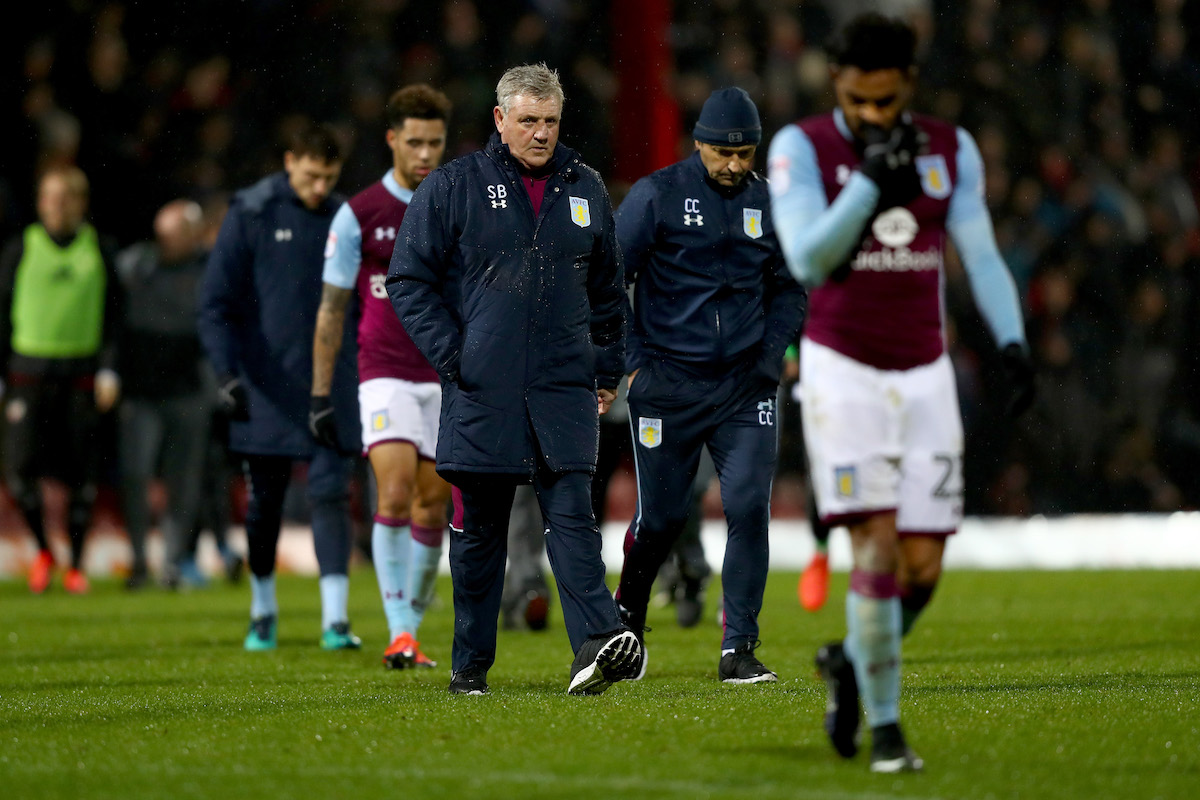 Bruce described the goals as “hideous”. He’s not wrong. If Villa want to progress under the former Sunderland and Wigan Athletic boss, they must eliminate their calamitous, comical errors. Yes, it may sound simple, but it’s never complicated. Villa have enough quality and experience to play attractive, attacking football, but productive work in the final third is often rendered irrelevant by hopeless defending.

A month after Bruce took over from Roberto Di Matteo, he hailed the impressive fitness and intensity shown by his players during their impressive run in November.

However, in recent weeks they have been guilty of letting such standards slip. McCormack’s apparent refusal to show up to training typified this, but there is certainly nowhere to hide for any Villa player now after club legend Paul McGrath’s withering indictment of Jonathan Kodija’s negligence of his defensive duties.

McGrath, who made 323 appearances for the Clarets over eight years, spoke like a fan when he slammed Kodija for not ‘learning how to play in a team game.’ The £11million signing from Bristol City last summer is certainly not exempt from such duties and, although the player apologised in a classy manner, actions always speak louder than words.

That goes for the entire first-team; improvement is mandatory. There is no reason to doubt Bruce, who has led four teams to promotion in his career, but it’s night time to start listening to him, otherwise Villa will continue this frightening spiral down the English football ladder.