It wasn’t long ago that Thomas Lemar had Arsenal and Liverpool vying for his signature.

The Monaco maestro had impressed alongside Kylian Mbappé, so much so the £75million valuation placed on him didn’t look that excessive. Atlético Madrid eventually prized him away from the principality club in a deal believed to be worth around £55million.

Yet just 18 months down the line, the LaLiga giants are looking to part ways with the Frenchman. According to France Football, Atléti want to sell the World Cup winner and replace him with Valencia forward Rodrigo.

There is a feeling the Spaniards are prepared to take a loss on Lemar just to get him off the books in January. Such a decision would present an opportunity for many clubs across Europe.

While the 24-year-old hasn’t set the Wanda Metropolitano alight, there’s still a talented player there. In the right system, he could well replicate the form he showcased during his time with Monaco.

January always isn’t the best time to buy but there are, on occasion, real bargains to be grabbed. Lemar could be one.

He isn’t the first creative player to struggle under Diego Simeone and he definitely won’t be the last. Upon his arrival, he was tipped to be the successor to Arda Turan. But the physical demands often directly impact productivity and this is the case with Lemar.

If deployed in a system similar to that of one used by Monaco during his time in Ligue 1, Lemar could flourish again. 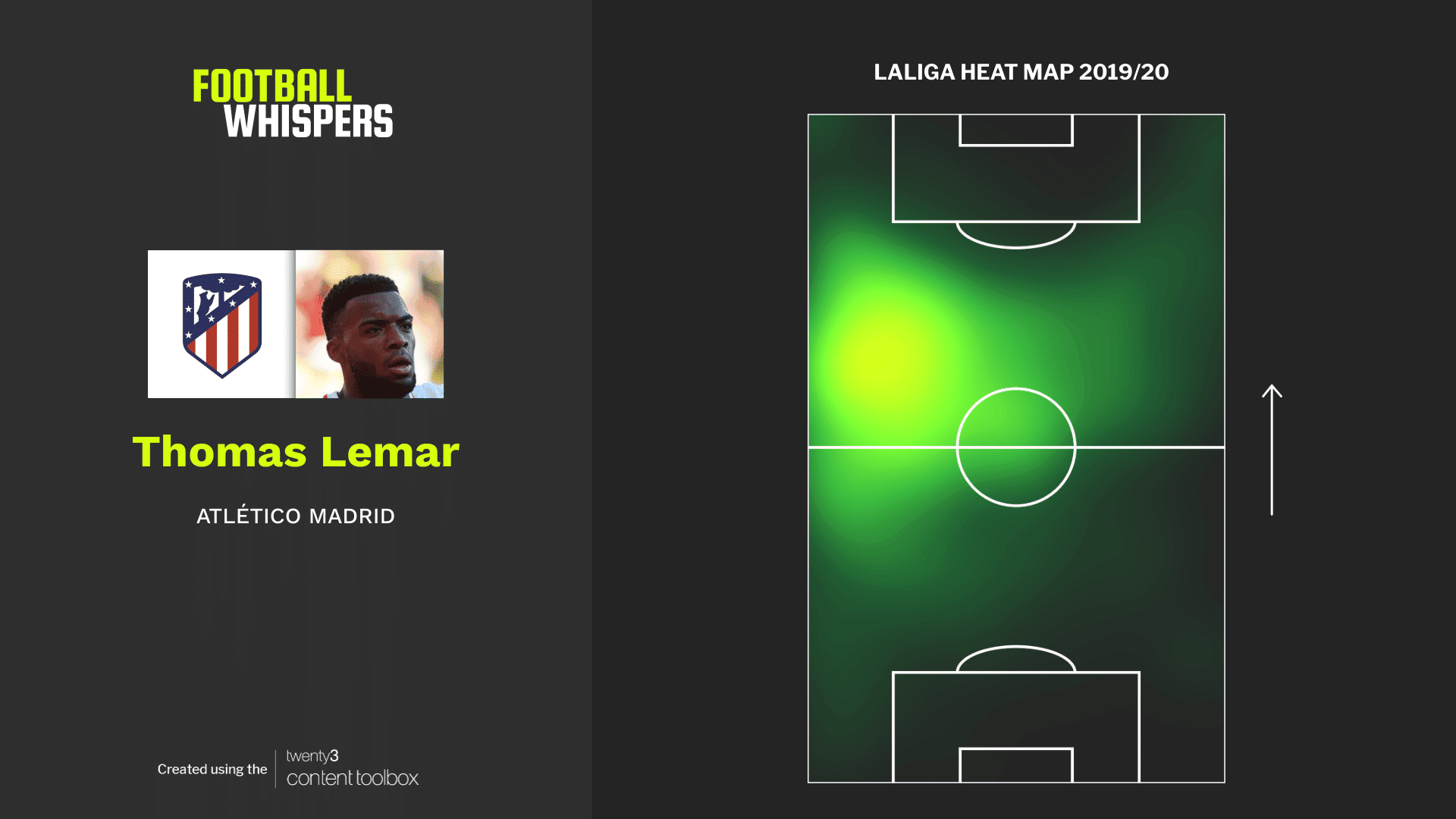 Though usually deployed on the left of a midfield four in Spain, he did start life with Caen centrally. He's thrived as a wide player but he has all the traits required to play as a number eight in a dominant side.

Lemar excels amidst chaos. With movement around and ahead of him, the France international comes alive. His vision separates him from others and his use of the ball creates countless chances for team-mates.

During the 2016/17 campaign, Lemar chipped in with 14 assists across all competitions and was involved in a goal in Ligue 1 every 137 minutes. The plaudits went the way of Mbappé and Falcao but it was the Frenchman providing them with the ammunition.

It's a different story with Atléti. In 654 minutes this season, Lemar is yet to register an assist or a goal. His underlying numbers are substantially down, too. During his debut campaign in Spain, the 24-year-old averaged 0.14 expected goals and 0.10 expected assists per 90. Not huge but this is playing for a conservative side. This term, those stats are down at 0.02 and 0.07 respectively.

Lemar isn't the only one struggling, however. Simeone's side find themselves in seventh after 16 matches and are currently averaging just a single goal per game. They may have the best defensive record in the league but they're finding wins hard to come by, with 12th-placed Levante recording as many (six) as Atléti.

What has happened to the No.11 has happened to countless other players over the years. They move from one style to another and fail to replicate their form. They're written off, their stock drops and they eventually depart. But that doesn't mean their career is over.

If their next move is the correct one, and they fit the system, they rebuild their reputation. Lemar has the skillset and the traits required to be a highly influential and effective wide player for a number of teams. He just needs the opportunity.

If Atlético are prepared to take a hit on what they paid for him, Lemar would be one of the shrewdest signings of the winter window.