Victoria Concordia Cresit. Arsenal’s famous motto roughly translates to victory grows through harmony. It has since been replaced, with the word forward emblazoned underneath the famous cannon for the 125th Anniversary.

Nonetheless, there’s always been a sense of inclusion emanating from the Gunners. Their team was one of the first to profit from an influx of foreign stars, and they succeeded in the Premier League era thanks to a continental manager that brought in new ideas.

For years now, it seemed as though Arsenal were slowly improving, and it would all come good eventually. From the glory years they were soon to be reborn from the ashes, reforming like the T-1000 in Terminator 2.

They have promising youngsters bursting from the seams, and they’ve added quality signings in goal and in midfield over the last two seasons. There was a chance they would regenerate even stronger than before, but they hit a few snags along the way. 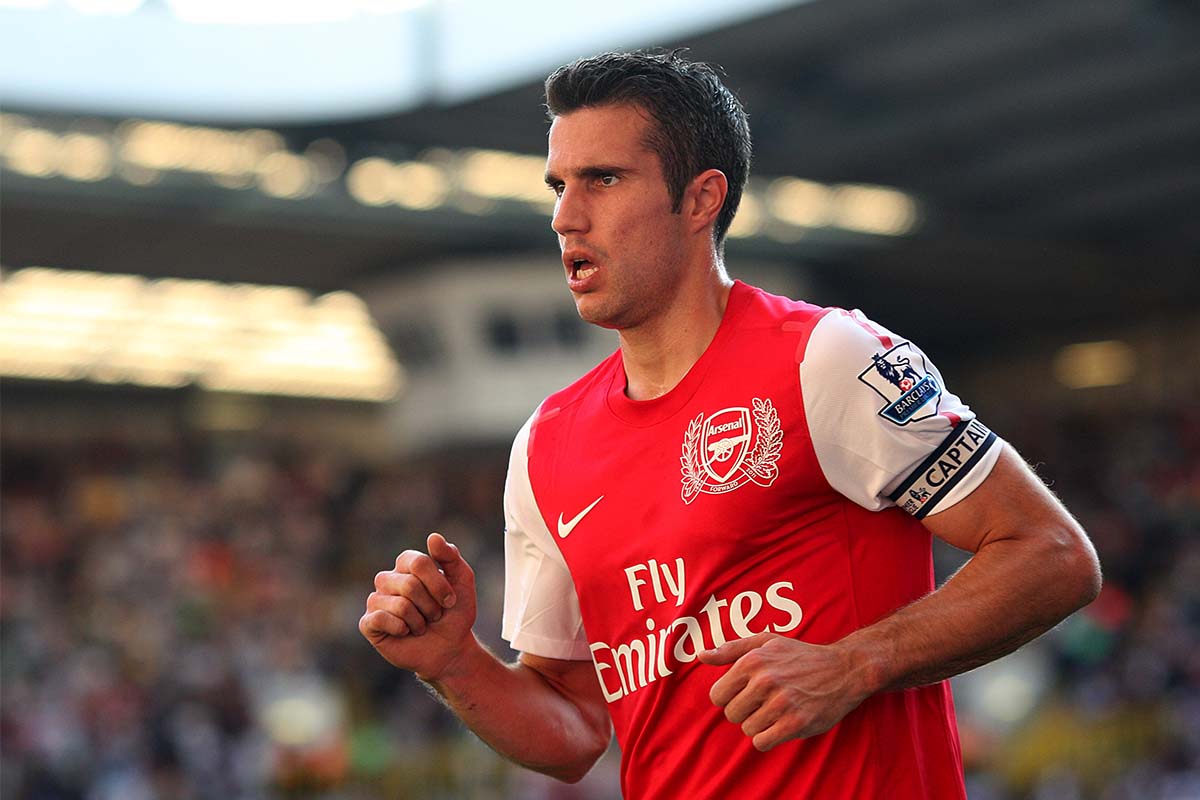 They’re relatively light up front, and the loss of Robin Van Persie was a bitter blow to recover from. (To some extent the wound continues to fester even now.) Luis Suarez might not have been the answer to all of their problems, but his goals would’ve helped to take the Gunners to the next level.

Is it simple enough to say that a league win would end their worries, and bring harmony back to the club? If captain Mikel Arteta was to hold the Premier League trophy aloft at the end of the season, it would surely be enough to keep the wolves at bay. It would put extra credit in the bank, and this time it wouldn’t be the financial kind.

Like the recent FA Cup wins over Hull City and Aston Villa, it would show enough progression to allow Arsene Wenger the chance to keep working with a squad made up entirely of his players.

In essence, it would shut the doubters up. As much as it could be seen as an anomaly, it would buy the manager enough time to see out his career at the club he has moulded in his image.

The problem is, Arsenal have already thrown away their best chance at claiming the title in recent years, and their form have done little to improve the mood of the fans. They’ve been left playing catch up, and Leicester City are showing no sign of dropping points in the title race. (They seem to have it all sewn up, and could do it with games to spare.) 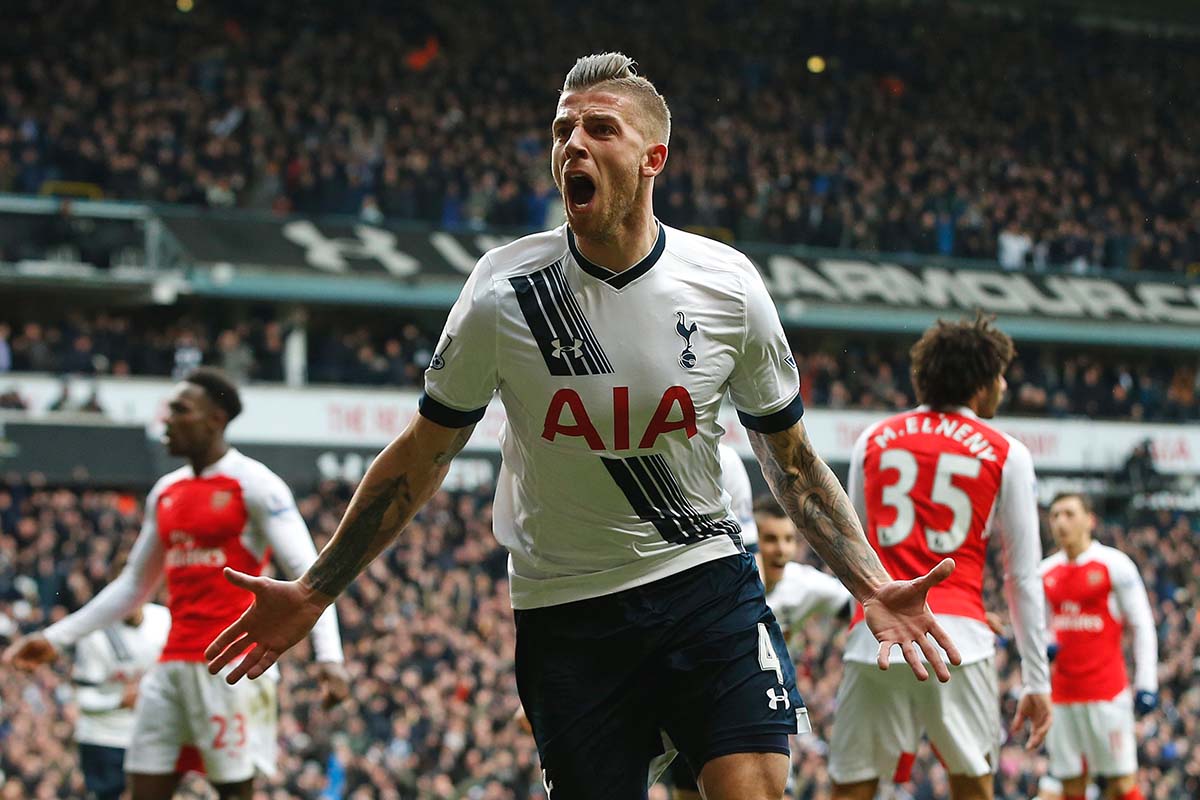 Then there’s the fact that Tottenham look stronger than ever, and could finish above Arsenal for the first time since 1995. (Then again, they’re still within touching distance of their bitter rivals.)

It’s now at the point where playmaker Mesut Ozil admitted that the Gunners “have to be honest and admit that we screwed it up ourselves”, and it led Wenger to counter via the media;

“The worst thing for us would be not to believe, and then if we had a good run it was available, possible. I believe that we have to make sure that we play with passion until the end. That is the best way to get the supporters behind us.”

It’s always a good idea to show solidarity publically, and Wenger made a point to mention the supporters and the effect they have on the team. They just happen to be split about whether or not he should be picking the team in the first place, and it’s understandable from a neutral's perspective.

Ozil’s honestly should be appreciated, but a player of his importance shouldn’t be willing to accept defeat until it’s mathematically impossible, and especially not when speaking to the press. The fans expect their team to be challenging for the league, but it’s unacceptable to lose out to a team that were earmarked for relegation by nearly every reputable source in England. (Especially considering the minimal cost of their squad, and Wenger’s historical in football.)

When there’s a prolific striker leading the line once again for Arsenal, they’ll have a much better chance of winning their bread and butter. Much has been made of Wenger’s decision to change the parameters of success, but this time a place in the Champions League spots won’t be enough to stave off the wolves.

Another bone of contention is the manager himself, who has struggled at times with a vocal minority of fans that believe he’s past his best. As for the silent majority? It’s rare to see the Emirates incensed, but boos rang out from the stadium in March as the supporters turned on their team after a less than inspired substitution by the coach. 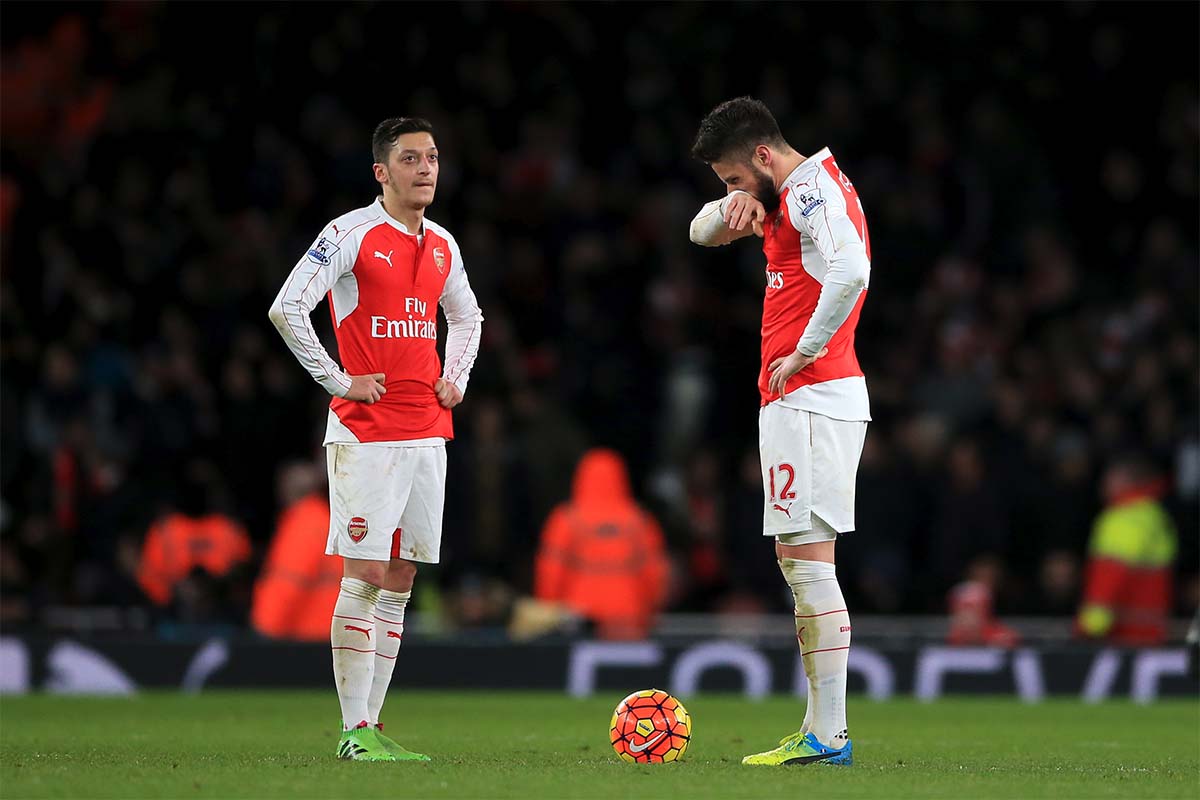 Swansea ended as 2-1 winners on the day, and it further angered the crowd who were fed up with what they saw as repeated mistakes. It’s easy enough to say that a league title would paper over the cracks, but it would take more than #Wengerout to solve their problems.

It’s not just the manager. (Most people still think he’s doing a decent job.) A successful title challenge depends on a clean injury record, and they drop like flies at the Emirates. It’s no coincidence that league leaders Leicester City seem to be able to get through games unscathed, and they’re seeing the results of being able to field the same team regularly. Chelsea did the same last year.

It’s somewhat ironic that the Gunners have forward splayed across the bottom of their insignia. Wenger represents their illustrious past, and it’s hard not to look back over his achievements and wonder how fans could ever want him to leave.

If he stays, Wenger will pit his wits against some of the best in the business in the form of Antonio Conte and Pep Guardiola, and they’re expected to restock their respective squads with expensive acquisitions.

His rivals are going to improve, and it’s going to be harder still to add another title to the tally. The manager could do with the full backing of the fans, but they could do with a sense of progression, rather than maintaining what they have for yet another throw of the Champions League dice.

Arsenal will bounce back from their current issues, and there’s still a chance they could clinch victory from the jaws of defeat. Considering that fans seem to be split over both the team and the manager, will they be able to find common ground without splitting apart at the seams?

It’s likely to get even harder to win the title next season, so it’s not looking good.