It was in the summer of 2009 that Barcelona paid €14million to sign a young Brazilian forward who had, according to reports at the time, been attracting interest from a number of European giants.

The club had reaped the benefits of Brazilian attackers over the years; from the ruthless Romario and the resplendent Ronaldo, to the riveting Rivaldo and the remarkable Ronaldinho. They didn't want to miss out on the burgeoning talent.

Keirrison arrived at the Camp Nou after three goal-laden years in Brazil. First with Coritiba, for whom he netted 65 goals in 122 games, and then Palmeiras, 24 goals in 26 matches.

“I always followed Barcelona and the Brazilian players who played here,” the young striker said at his unveiling. “Now at 20-years old, I am very happy to be here, fulfilling my dream of playing at the best club in the world.”

Pep Guardiola, then in charge at the Camp Nou, felt differently, however. And he made it clear that the 20-year-old wasn't a signing he had requested.

“The club has decided to sign him,” the Barcelona boss commented. “In principle, he’ll go out on loan. I won’t be counting on him for this season”

Nine days after he joined the club Keirrison was loaned out to Benfica. It has since been reported this was the plan of then Barcelona president Joan Laporta all along; signing the youngster, let him shine elsewhere and sell him on at profit.

Yet if that was the case then you imagine Laporta would've done his homework. And Benfica was not the right move for a young man still learning the game and adapting to life on a new continent.

The Eagles had appointed Jorge Jesus in the same summer as Keirrison arrived in Europe. The Portuguese manager had longed for a job at one of Portugal's big three clubs and, as he has proven since, wasn't going to be placing his trust in a young player, especially not one on loan.

So Keirrison sat on the substitutes' bench, behind Óscar Cardozo, Javier Saviola, Nuno Gomes and Weldon in the pecking order. He would be given the odd cameo appearance, usually when the game a won, but by January had amassed just 335 minutes of competitive football.

“Benfica are a big club in Europe but there is no point in moving to a club with a lot of strikers because it is not by chance that they are there,” he said years later.  “Benfica tabled an offer and Barcelona accepted it. If I knew, I would have not have moved.”

The Catalan club recalled Keirrison and he spent almost a month training alone before he was sent to Fiorentina on a two-year loan deal. The Serie A side had an option to buy him permanently for €14million, the same fee Barcelona paid Palmeiras.

Yet the same problem that harmed his progression at Benfica arose in Italy. Keirrison was competing with a number of other strikers – such as Alberto Gilardino and Stevan Jovetić – and was rarely called on.

He did, however, score his first goals in Europe with the club. The first a stoppage-time equaliser against Lazio and the second the opener against José Mourinho's Inter Milan. 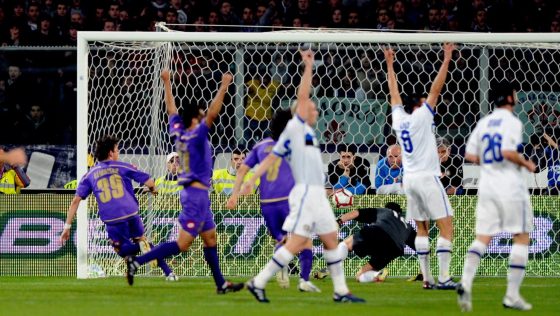 But after only six months of his two-year loan, and having only played 318 minutes for the Italian club, his loan was terminated.

In their statement confirming his departure, the Viola signed off: “We wish him a career full of goals.”

When Barcelona loaned the striker to Fiorentina, Laporta said the “whole of Europe” wanted Keirrison. Given six months later he returned to Brazil and joined, you doubt that was the case.

Keirrison signed a five-year contract with Barcelona when he joined the club but in the space of 12 months, his career had lost all momentum. The Brazilian was raw when he arrived at the Camp Nou, he needed to be coached, his skills to be honed. The La Liga side weren't willing to invest that time and effort.

In the summer of 2010, he joined Santos on a one-year loan deal. Still only 21 years old, it was hoped the striker could rediscover his confidence and reignite his career.

During his season with the Peixe, Keirrison wasn't a regular starter. He did, though, feature alongside Neymar, who would move to Barcelona in 2013 and establish himself as a worldwide star.

Santos won the Copa Libertadores in the striker's time at the club but he didn't feature in either leg of the final victory over Peñarol. In August 2011, he was loaned to Cruzeiro. Yet things went from bad to worse.

He suffered an ACL rupture in his right knee in November and didn't feature again for the club. In the space of three years, he had gone from vaunted Brazilian wonderkid to forgotten man.

Coritiba, the side where it all began, decided to take a chance of their former prodigy. He returned from Barcelona in March 2012, signing a two-year loan that would take him to the end of his contract with the Catalans.

“I never forgot and I will never forget the affection of this club,” Keirrison said after rejoining. “That's why I came back here. I'm sure I can do a lot more for Coritiba.”

Before he even made an appearance, though, he again ruptured the ACL in his right knee again. He returned in July, made sporadic first-team appearances as he struggled for fitness, and then injured his left knee in August.

“Of course, you pass negative thoughts,” he told Globo Esporte at the time. “But it's a battle and you have to be strong with your thinking. I believe and have always believed in myself.” 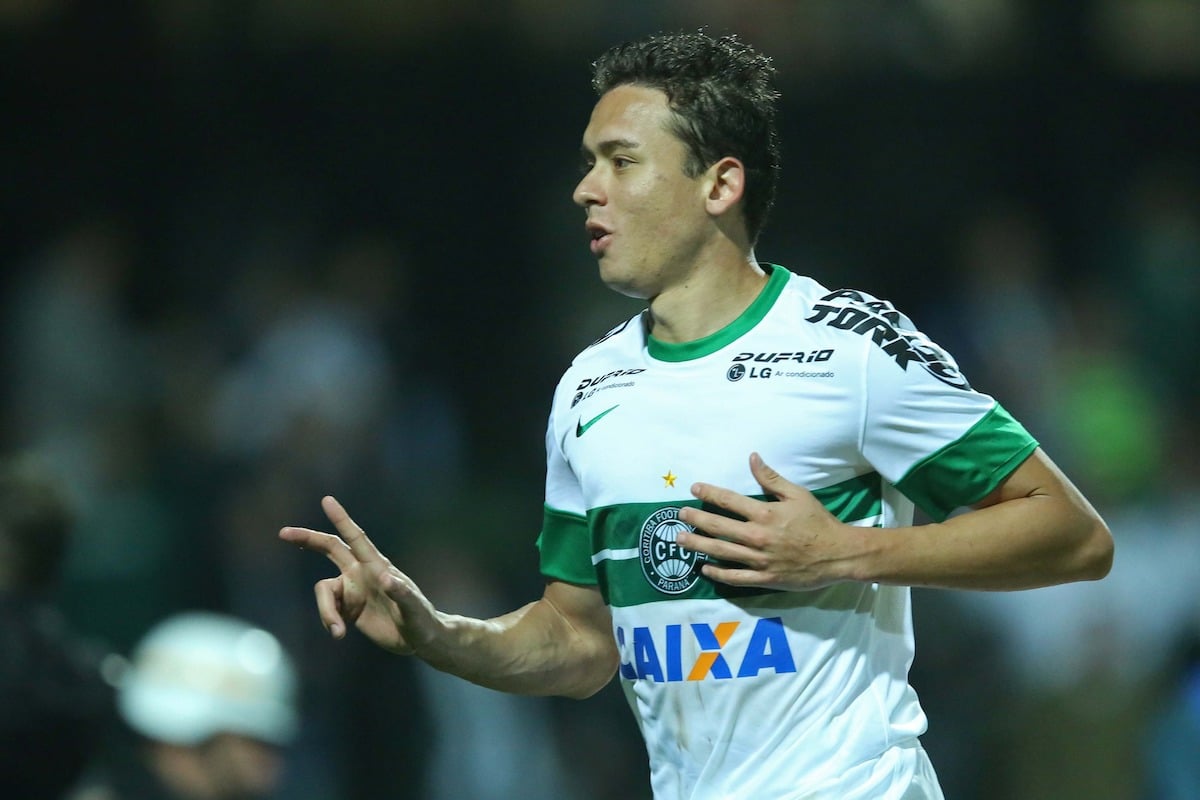 In the same interview, Keirrison stated his dream was to play for his country at the 2014 World Cup. He had 18 months to get fit and force his way into the squad. “It is my dream, I can not stop it. I still believe.”

Unfortunately, it wasn't to be for the striker, who signed permanently for Coritiba when he Barcelona contract came to an end. He left the Camp Nou having never played the club, another dream unfulfilled.

When he returned to fitness, it was clear the injuries had taken their toll on Keirrison. The goals dried up, his form patchy. And the next three years of his career were something of a jumble.

There was a court case against Coritiba in September 2015 over unpaid wages and medical bills; a short spell with second division side Londrina; a stint in Europe in January 2017 with Portuguese club Arouca, for whom he played twice; another return Coritiba in June 2017; and then a return to Londrina in January 2018.

Keirrison remains contracted with the club but history suggests he's unlikely to stay too long. Still only 30 years old, his story is one of misforunte and, like many other failed Brazilain talents, making the jump to Europe too soon.