We may only be into gameweek 16 of the season – and there’s still a long way to go – but outside of the top four, the table is fairly congested. Aston Villa, for example, are currently in 17th position and a single point is keeping them out of the relegation zone. But they’re only eight points off of sixth-placed Tottenham Hotspur.

Dean Smith’s side may have only won four of their 15 matches this term yet they’ve been unlucky in a number of those. The opening day defeat to Spurs was undeserved. Arsenal needed two late goals to snatch a 3-2 victory at the Emirates. And Liverpool needed a stoppage-time winner to claim maximum points at Villa Park.

The Villans managed to take a point away from Old Trafford and narrowly lost to Chelsea at Stamford Bridge. With a bit more luck in those big games, they could be sitting comfortably in the table.

Smith bolstered his squad during the summer with 12 new faces arriving and over £130million being spent. At the time, it was viewed as a big gamble. Such a high turnover of players can have a negative impact on squad morale and tactics. Yet everyone seems to have bought into the project.

Wesley, the man signed to replace Tammy Abraham, is the club’s top goalscorer in the league with four goals. He won’t be winning the Golden Boot anytime soon but given he’s having to adapt to a new team in a new league in a different country, a return of four from 1,290 minutes is decent enough.

He was never going to be judged solely on his goals tally, either. He’s there to facilitate. The Brazilian makes space for others. Though not directly involved in the goals, he’s played a part in John McGinn, Jack Grealish, Anwar El Ghazi and Trezeguet all getting in on the act.

However, the former Club Brugge forward is currently in a bit of a rut. He’s not scored or assisted in the last seven matches and with the games now coming thick and fast during the festive period, Smith might need to give his Brazilian a bit of a breather.

Finding an alternative won’t be easy. Wesley is first choice and for what Villa spent on him, he’ll remain first choice. Identifying a player who does what the No.9 does to his level would be difficult enough, but finding one who is happy to be understudy is near impossible.

There are a number of players out there who could fit the bill. But there’s one player in particular who seems to be perfect for the role. Olivier Giroud. 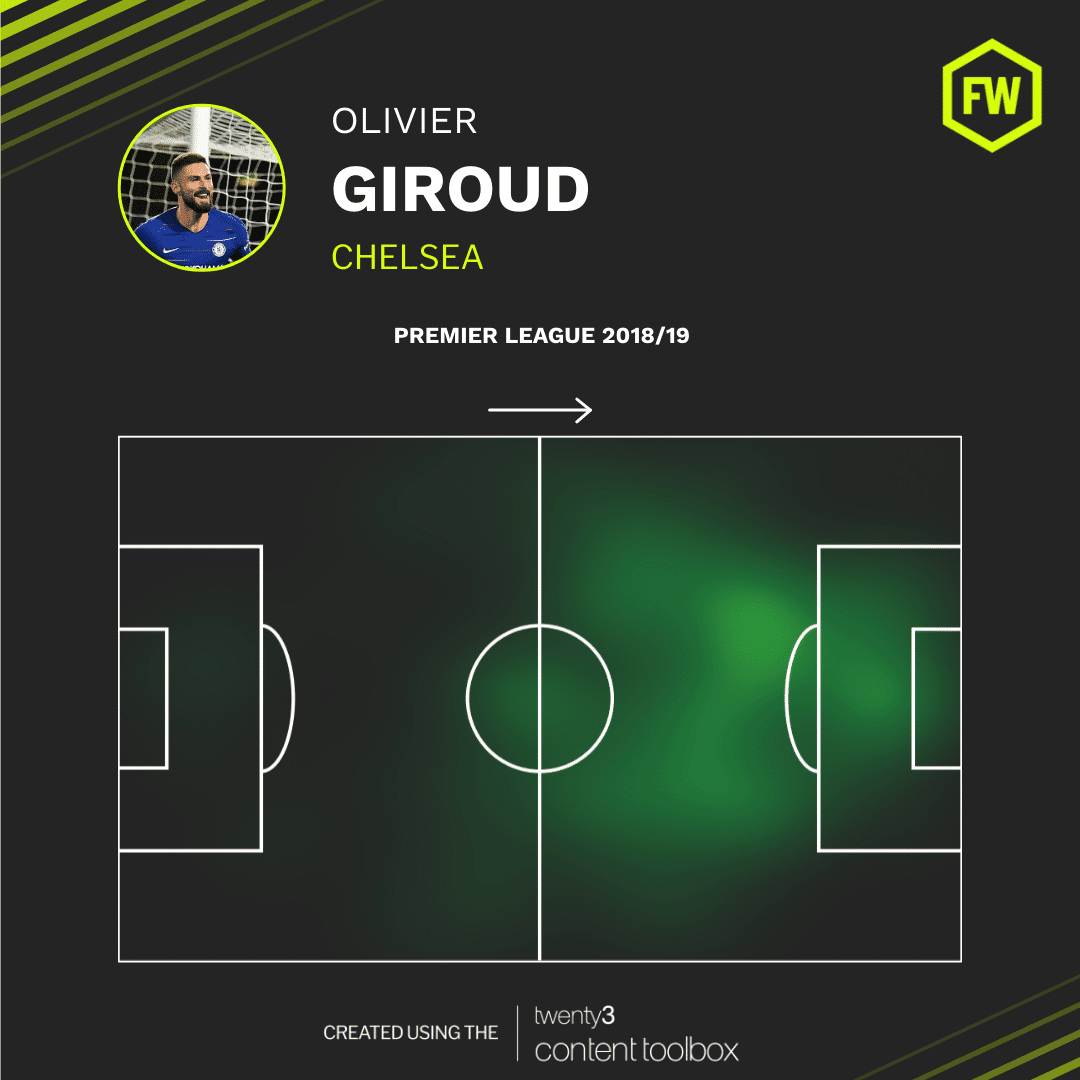 The World Cup winner is agitating for a move away from Stamford Bridge after falling behind Abraham and Michy Batshuayi in Frank Lampard’s pecking order. According to reports in L’Equipe, the Frenchman is believed to want to move in order to get more playing time ahead of Euro 2020.

He’s been linked with moves to Atletico Madrid and Inter but if he’s in search of regular minutes neither of those clubs are in a position to offer that to him. Villa, on the other hand, could use him in place of Wesley in certain matches and he’d get time off the bench, too.

Giroud wouldn’t be a long-term option. At 33 he’s coming to the end of his career. But as he showed for Chelsea last season, he still has something to give and Villa need someone to have an impact now, not down the line. They’re winning plenty of admirers but ultimately it is points which keep you in the top flight, not fans.

Furthermore, a team like Aston Villa would marry well to his strengths. With so many runners from midfield, the former Arsenal man would be in his element linking play. Not only that, but he would also be an ideal tutor for Wesley.