After moving into their swanky new home last summer West Ham United were determined to make a splash in the transfer market by landing a big-name striker to spearhead their attack. Twelve months later Javier Hernández could be that man.

Very public efforts 12 months ago to land Michy Batshuayi – among others – failed and the Hammers were left scrabbling around to sign Simone Zaza on loan from Juventus instead.

The Italian, he of that horrendous penalty miss at the 2016 European Championships, flopped in east London and saw his loan move cut short in January before West Ham were obligated to fork out more money to sign him permanently.

Head coach Slaven Bilić had put a new striker top of his summer wish-list once more and former Manchester United hitman Hernández has joined West Ham in a £16million deal from Bayer Leverkusen.

We look at what the Mexican forward will bring to the London Stadium and what West Ham should expect from their newest acquisition.

The little Mexican is well known to a Premier League audience after spending a highly-successful five years at Old Trafford in which time he bagged 59 goals in 158 appearances for the Reds.

He joined from Mexican side Guadalajara after the 2010 World Cup where he scored two goals in four games. Sir Alex Ferguson's expectation was the forward, nicknamed ‘Chicharito', the Little Pea, would be used predominantly from the bench.

However, in his first season he scored 13 Premier League goals from just 15 starts – much to the surprise of Ferguson.

“We are surprised,” the Manchester United boss said. “When we brought him to the club we thought it would take him a while to adapt and that we would mainly use him as a substitute.

“When he has come on he has won games for us. He has improved his strength and he's lasting the 90 minutes now and it's giving us options. With his form as it is, we can make changes now.” 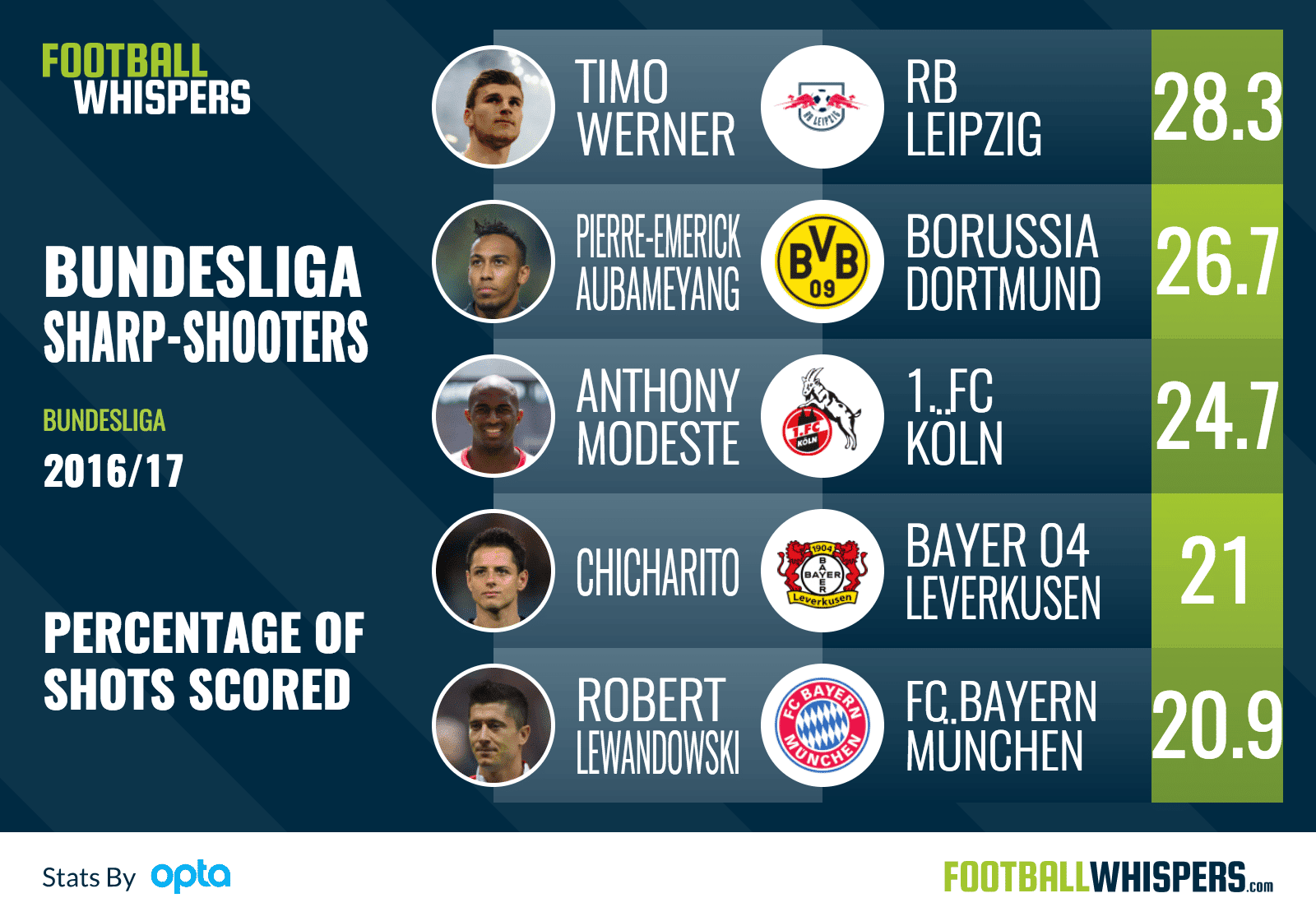 He hit ten in 18 the following campaign for Manchester United but when Robin van Persie arrived from Arsenal in Ferguson's final season his route to a regular first-team spot was blocked.

Hernández joined Real Madrid on loan for the 2014/15 season after featuring sparingly under David Moyes but was, again, used largely from the bench.

A return of seven goals from as many starts wasn't enough to persuade Los Blancos to sign him permanently and he joined Bayer Leverkusen instead.

United's loss was Bayer's gain and the Mexican immediately translated his Premier League form to the Bundesliga, scoring 17 times from just league 25 starts in his first season at the club.

He found the back of the net on 11 occasions last term meaning he's averaged a goal every 107 minutes since he arrived in Germany.

What will Hernández bring to West Ham?

Hernández is a pure poacher; an old-fashioned No.9 who gets on the end of service from his team-mates, more often than not with unerring accuracy – last season he scored with 21 per cent of his shots on goal.

Compared to the league's top-five scorers he comes out favourably. Borussia Dortmund's Pierre-Emerick Aubameyang top scored with 31 goals Bundesliga from 116 shots, a conversion ratio of 26.7 per cent. However, Wolfsburg hitman Mario Gomez's 16 goals came from 84 shots, giving him a conversion percentage of just 19 per cent.

Hernández's finishing ability is well established. But his constant movement off the ball does not get the attention or credit it deserves. It's how the little Mexican goes undetected and is able to sneak into positions to score.

His final goal of last season, in a 6-2 thumping of Hertha Berlin, demonstrates that. He starts from deep, virtually on the halfway line in fact. 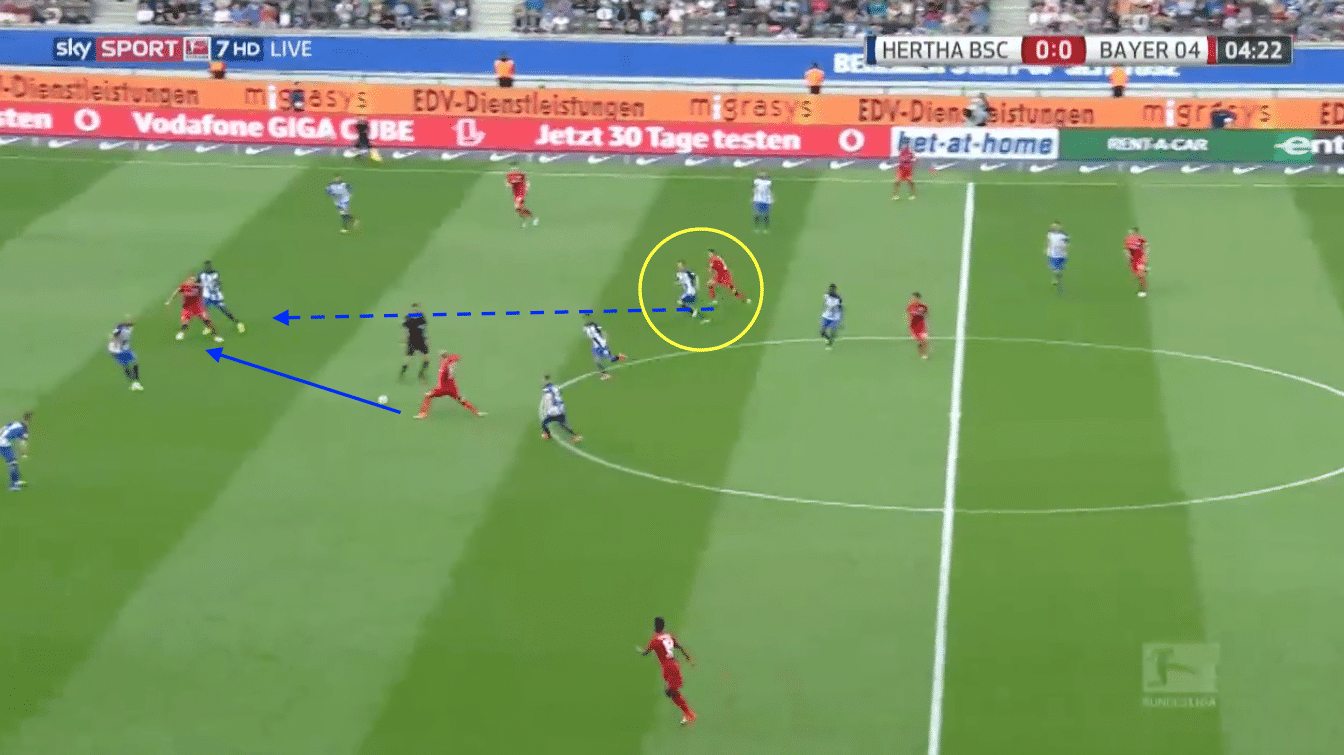 Bayer break forward with Julian Brandt, in possession, playing the ball into space.

It doesn't reach the intended recipient but Hernández nips in and goes through to score past Hertha keeper Rune Jarstein to open the scoring. 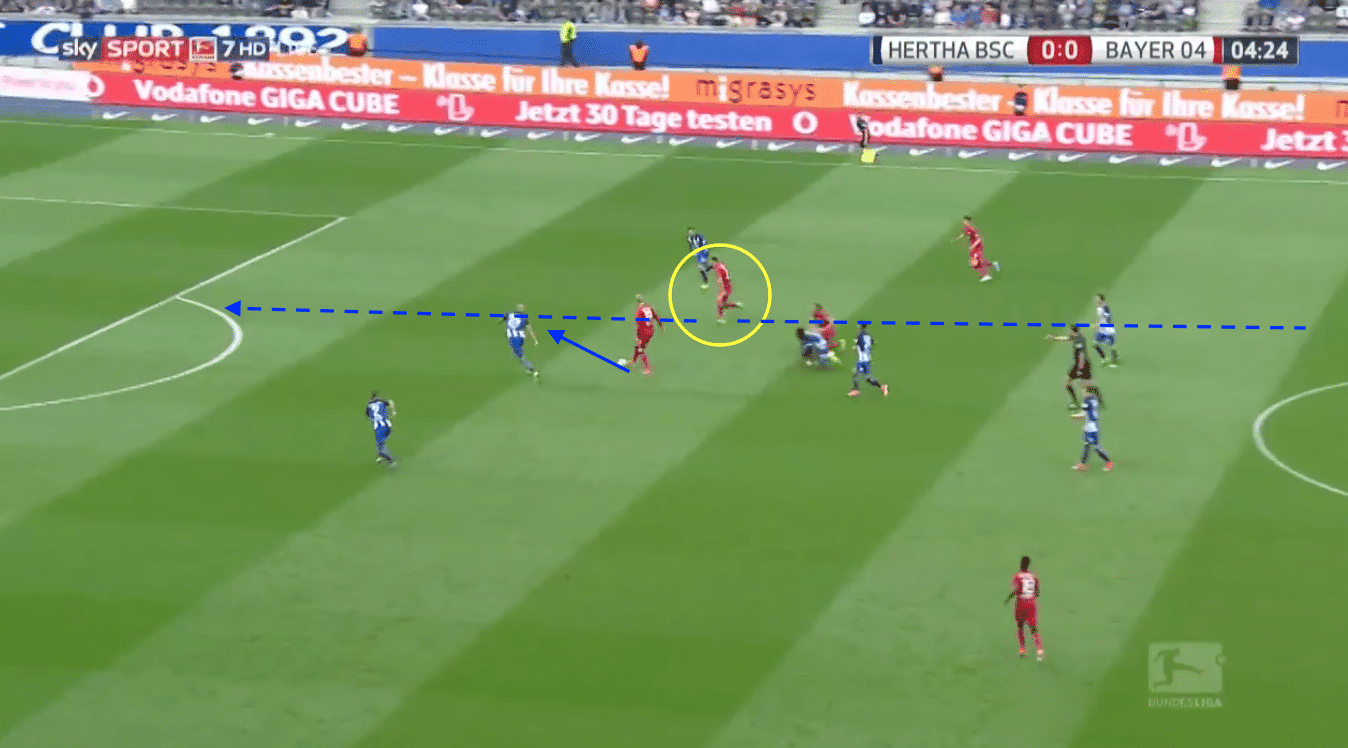 His poacher's instinct is underlined by the fact all of his 11 Bundesliga strikes this season have come from inside the penalty area and three of those have been from six yards or less.

In fact, he has only scored three from outside the 18-yard box for Bayer and only scored from inside the box in the Premier League while at Manchester United.

How will Hernández fit in at West Ham?

Given his attributes and knack for being the man at the end of a move, Hernández needs players around him who can play to his strengths and deliver the ball where he wants it.

He has tended to play with German international Kevin Volland close by at Bayer in a 4-4-2 and he is certainly not someone who can lead the line in the same way Hammers targetman Andy Carroll does.

Bringing other players into play is not Hernández's strength. Bilić will either have to play two up front, to provide someone who can link the play, or find a way of adapting the way West Ham attack to fit around his newest signing's strengths.

When Hernández was playing with Wayne Rooney at Manchester United the two linked well with United's all-time leading scorer providing the bullets for Hernández.

“He's got great movement and I'm now playing in the position where I started my career. I am enjoying it,” Rooney said in 2011. “I am getting on the ball, linking the play and thankfully Javier is a finisher, so that helps the team.”

West Ham are crying out for a finisher. Their long wait for one might finally have come to an end.