The 2018/19 campaign did not go to plan for Everton. A season which promised so much under-delivered for the Toffees. That despite their lengthy pursuit of Marco Silva finally paying off while they snared Richarlison from Watford for a reported £50million.

Yet the Merseysiders struggled. Badly. At one point it looked a foregone conclusion Silva would pay with his job as the Toffees won just three of 14 in the Premier League through December and February before an upturn in form.

Silva steadied the ship and a run of one defeat in their final eight was enough to secure an eighth-place finish and keep Silva in a job. Better will be expected this term – not least with the impending £30million signing of Juventus youngster Moise Kean.

A striker would have been top of Silva's shopping list this summer and in 19-year-old Kean, the Toffees have secured the services of one of the brightest young forwards in Europe – a significant upgrade on the hapless Cenk Tosun and hard-working-but-limited Dominic Calvert-Lewin.

Kean proved an able deputy for Cristiano Ronaldo at Juve last term, netting four times in as many games for the Bianconeri in the spring as the Portuguese icon was rested with an eye on Europe. He also struck twice for Italy in his first two outings for the Azzurri, making it six in as many games for club and country.

In midfield, the hugely popular André Gomes is back. The Portuguese arrived from Barcelona on a permanent basis after starring for Everton last term. He joins two former Blaugrana team-mates at Goodison Park. Left-back Lucas Digne, who took over from club legend Leighton Baines last term, and powerful Colombian central defender Yerry Mina who will be out to justify his £27million price tag after a stop-start first year in England.

Gomes is not the only impressive midfield addition, though. At just £8.5million, former Manchester City utility man Fabian Delph could prove one of the bargains of the season.

All of which points to a very positive summer for the Toffees. But if they're to upset the established order and break into the top six at long, long last there need to be further improvements.

This has to be Silva's priority. Michael Keane enjoyed something of a renaissance last term having been marginalised by Sam Allardyce. No Toffees defender won more aerial duels per 90 than Keane's 5.85.

Kurt Zouma, his defensive partner for much of the season, is an Everton transfer target. But Chelsea are reluctant to let the Frenchman leave again, and little wonder. He made more interceptions (1.86) per 90 than any Toffees centre-half last season and with 41.51 accurate passes was second only to Mina (42.78).

“In terms of Kurt Zouma, he's a very good defender for us, a very good player, a very good person and professional,” Chelsea boss Frank Lampard said earlier this summer. “I want him here, simple as that.

“We are competitive with the centre-backs we have in the team and he had a very good season at Everton and I can understand why they want him. He's a Chelsea player and I want him. I want him to be happy and he's working really hard.”

With long-serving centre-back Phil Jagielka moving on at the end of his contract, too, the Toffees need at least one central defender – if not two.

The permanent capture of Gomes will be a boon for the Toffees but they remain light in the centre of midfield following Idrissa Gueye‘s £28million switch to French champions Paris Saint-Germain.

Morgan Schneiderlin‘s move to Merseyside hasn't worked out. He made just ten Premier League starts under Silva last term and Everton hope to get the 29-year-old's £100,000-a-week salary off the wage bill.

Another remnant of a previous era is James McCarthy. The 28-year-old is wanted by Newcastle United and Crystal Palace and has not managed double figures for Everton since the 2015/16 campaign thanks to injury – a broken leg disrupting the first half of last season.

A direct replacement for Gueye – who managed more tackles per 90 (4.52) than any Premier League midfielder last term, as well as the fourth-most interceptions (2.38)– is imperative. But the Senegalese will not be easy to replace. 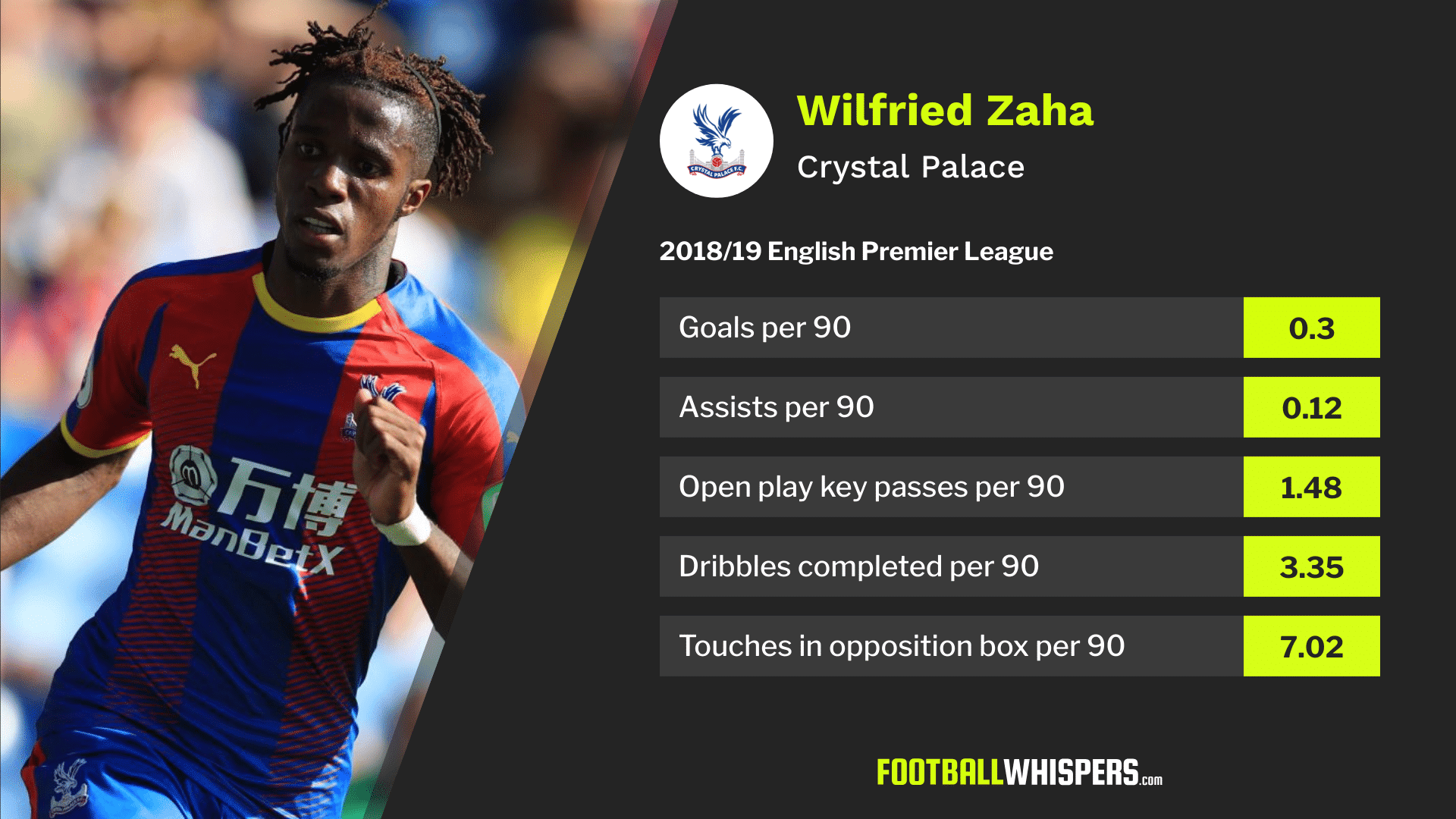 Everton stunned the Premier League last week by launching an audacious bid for Wilfried Zaha. The Palace talisman had looked most likely to end up at Arsenal but the Gunners simply cannot afford his £80million asking price and have since moved onto Lille flyer Nicolas Pépé.

The Toffees saw an initial £52million bid – which included McCarthy and Tosun by way of part-exchange – rejected by the Eagles. They have since denied making a follow-up offer for the 26-year-old dribbling machine.

“A bid was made over the weekend which was turned down. Both clubs agreed that was the end of the matter,” Everton said in a statement.

As things stand, Theo Walcott is the only natural right-sided attacker in Silva's squad but he has blown hot and cold during his 18 months on Merseyside. Last season the 30-year-old recorded just two top-flight assists and an average of 0.12 big chances created per 90.

An upgrade of Zaha's calibre would make Everton's attack the best outside the top six with Gylfi Sigurðsson and Richarlison the Blues' joint-top scorers with 14 apiece last term.