The cavalry appears to be on its way to get Aston Villa’s promotion charge back on track. Former Nottingham Forest captain Henri Lansbury is already a Villan after securing his £3million move last week and now Barnsley captain Conor Hourihane appears to be set to join him at Villa Park.

“Aston Villa is a fantastic club,” the former Sunderland youngster said after Saturday’s 3-2 victory over Leeds United in quotes reported by the Birmingham Mail.

“When a manager like Steve Bruce comes looking for you, it does turn your head a little bit. But we'll see what happens next week.”

Villa owner Dr. Tony Xia further fuelled the reports by following the Barnsley midfielder, as well as his teammate James Bree, on Twitter.

Barnsley have defied the odds with their performances this season, finding themselves in eighth in the Championship just four points off of a playoff spot, and Hourihane has been one of the standout performers not just for his club but in the entire league.

His form hasn’t gone unnoticed either and with him being out of contract at the end of the season he’s in an enviable position for many players; he’s effectively able to name his price. Reports have suggested the player wants £30,000-per-week, a £22,000-per-week increase on his Barnsley wages, and that Bruce is happy to sanction such a contract. It’s a salary that puts him on a similar amount to Alan Hutton, Jordan Amavi, Jordan Ayew and Ashley Westwood.

Hourihane’s agent also represents Villa player Gary Gardner and the club will look to capitalise on that existing relationship to ensure they land Bruce’s number one target. 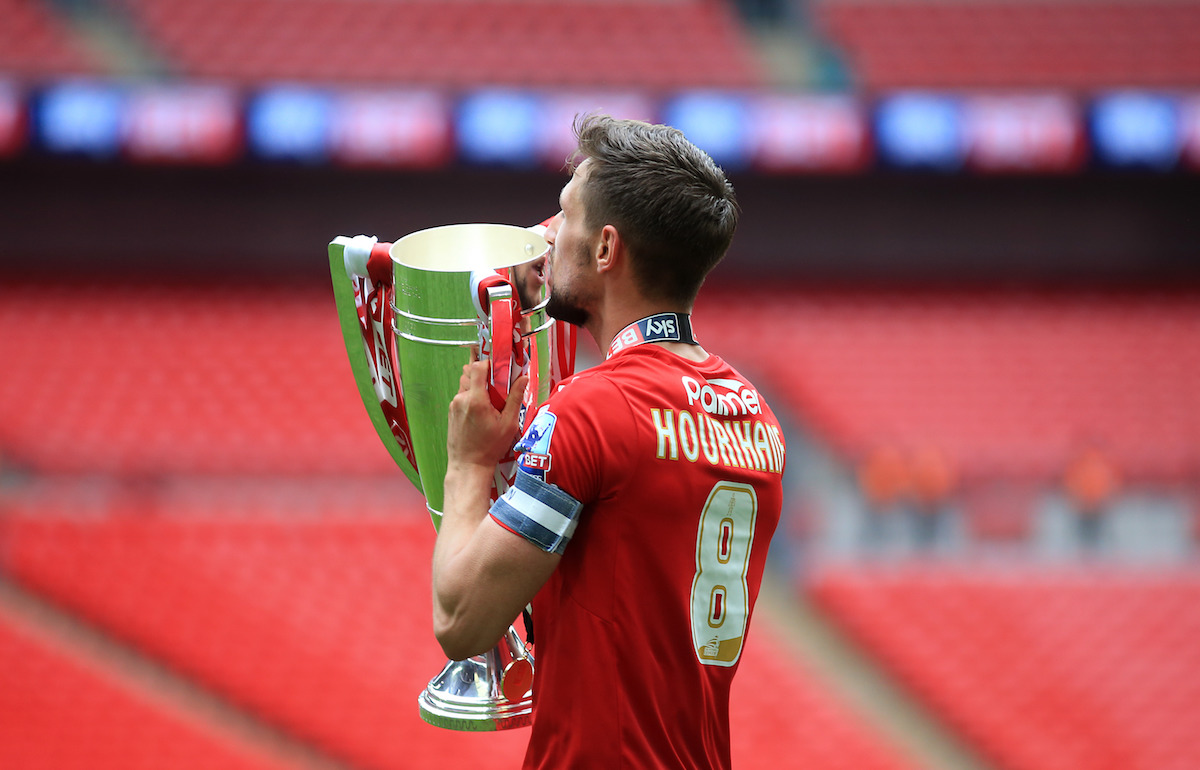 In 25 starts in the Championship he’s scored six goals and has 11 assists meaning he’s involved in a goal every 132 minutes. For context here, only Burton’s Jackson Irvine and Wolves midfielder David Edwards have scored more goals from central midfield than the Barnsley man, with Lansbury also on six goals. But Hourihane has more assists than the aforementioned three combined.

It’s clearly an area of his squad Villa boss  Bruce feels he needed to improve, with no central midfielder currently in his squad having scored more than one goal this season. Goals win you games and the more goal threats you have in your team the better.

Certain players need certain systems to really excel in. Luckily for Villa though, Hourihane isn’t one of those players. He scores a variety of goals meaning his threat is transferable from one team to another. He arrives late into the area, he’s capable of scoring a 20-yard worldie and he’s a set-piece expert. The Irishman is a rare breed in the modern game. He manages to excel both defensively and offensively.

Hourihane also tops the passing stats when compared to his Villa counterparts. He attempts 52.1 passes and completes 81.3% of them. No player under Bruce attempts more passes or has a better pass completion percentage with Jedinak being closest with 49.1 but his pass success rate is 67.7%.

The Barnsley playmaker isn’t one to just attempt the simple passes to boost his stats either. He’s incisive, creative and he’s always looking to break the lines and get his team in behind. He plays the sort of passes that GabbyAgbonlahor and Jonathan Kodjia would love to get on the end of. 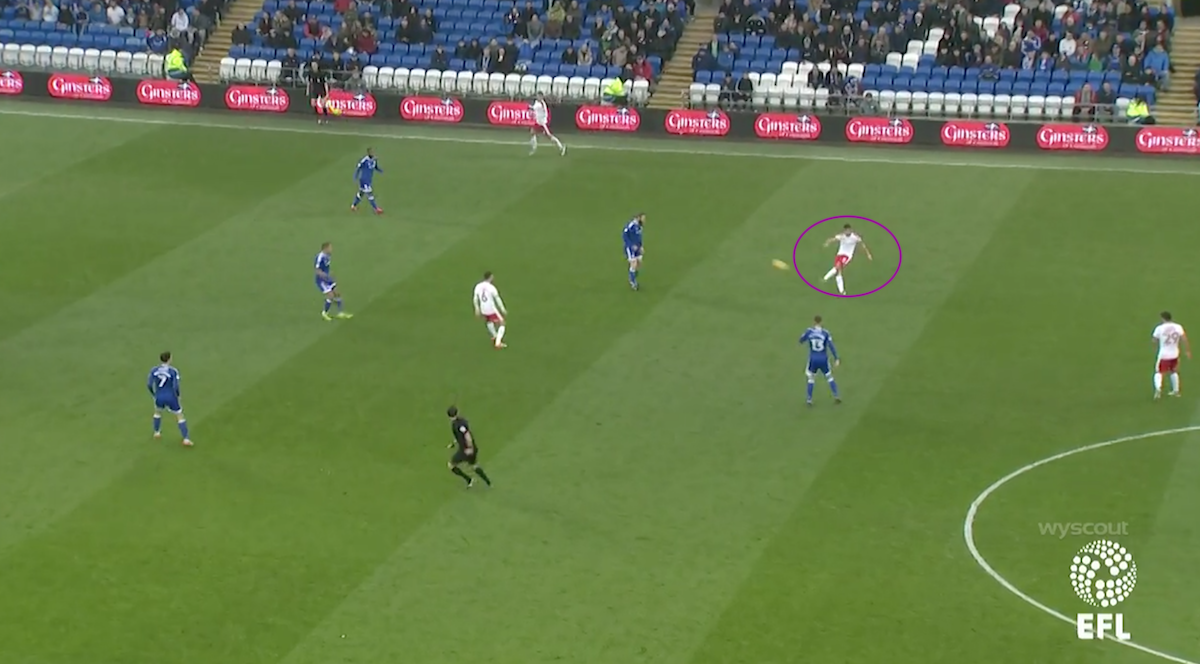 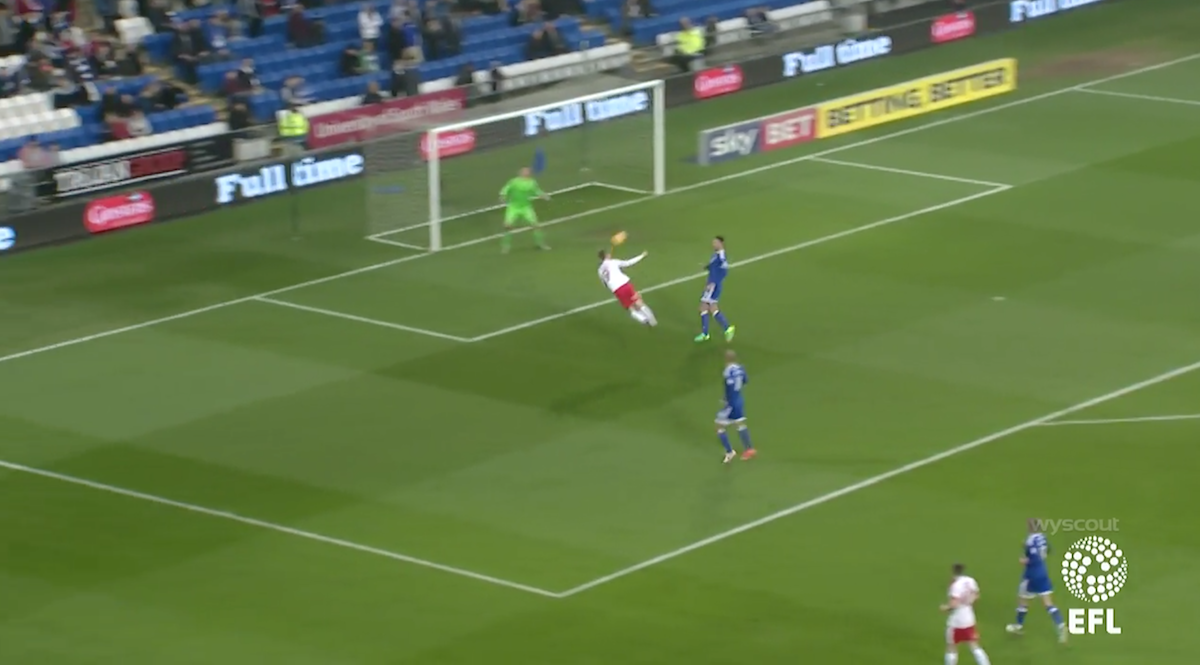 The above two pictures showcase what Hourihane has to offer. He picks the ball up in a deep area with the opposition in good positions. He could play a simple pass into the feet of the number six and just just build slowly from there. However, the captain spots a pass and delicately guides a ball over the top and the Barnsley striker throws himself at it to score a diving header. 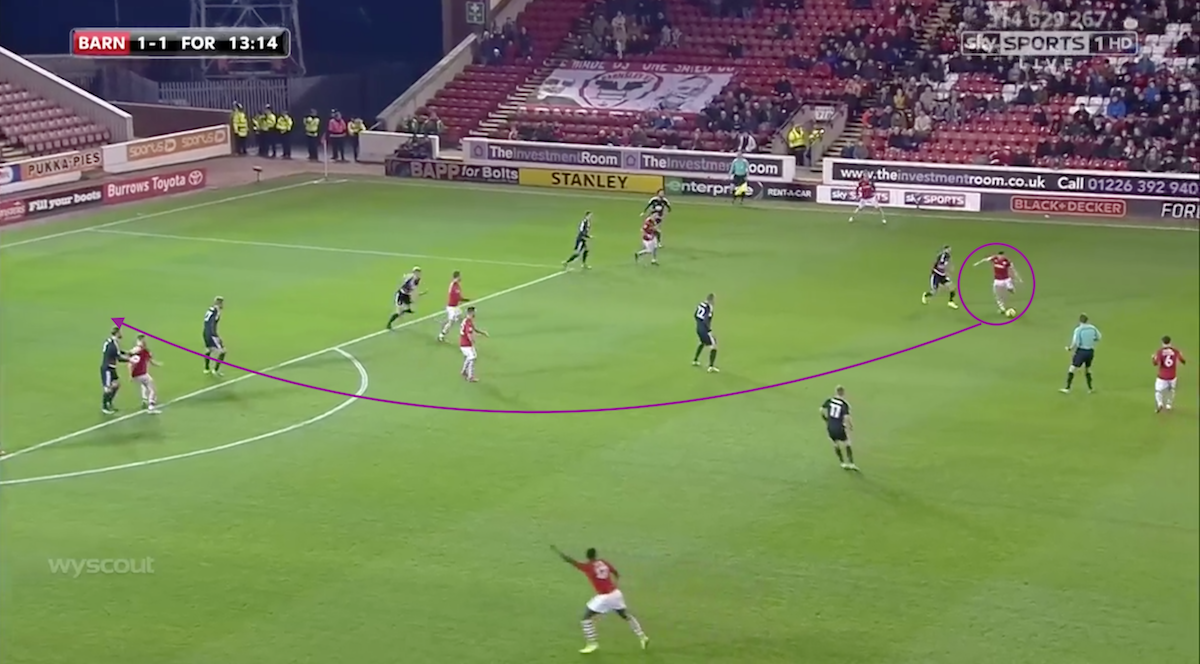 Again Hourihane picks the ball up in a deep area, cuts onto his favoured left foot and plays a delightful ball over the top which allows his teammate to time his run, bring the ball down and poke it home.

He’s that good it’s like having a set piece in open play. 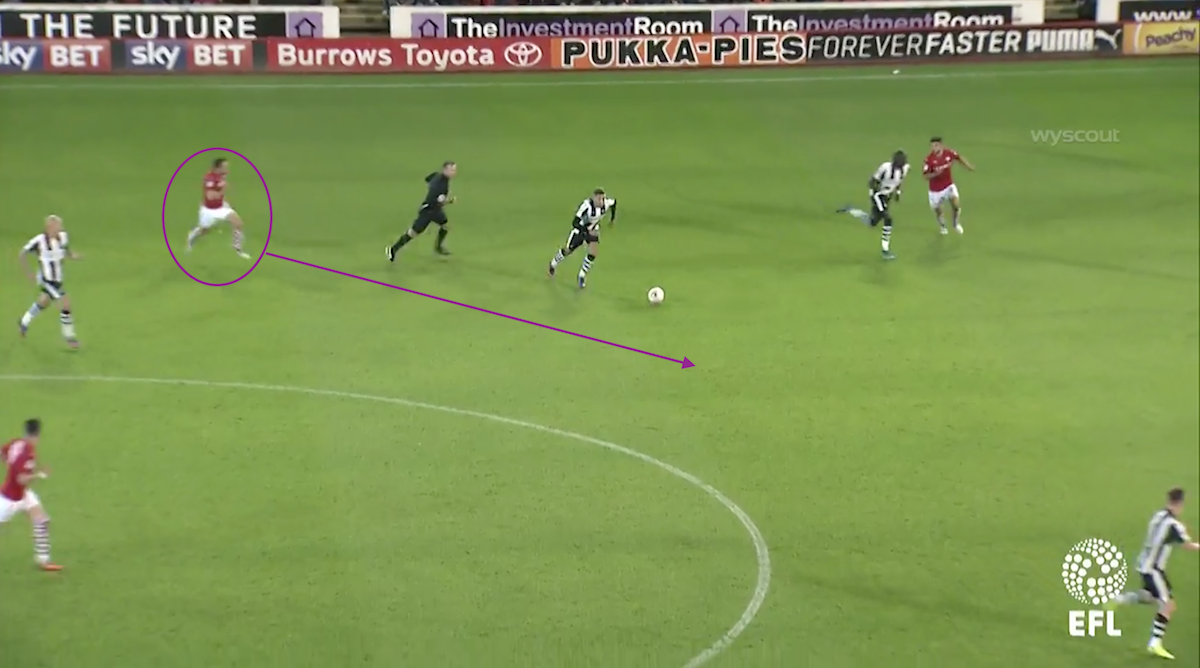 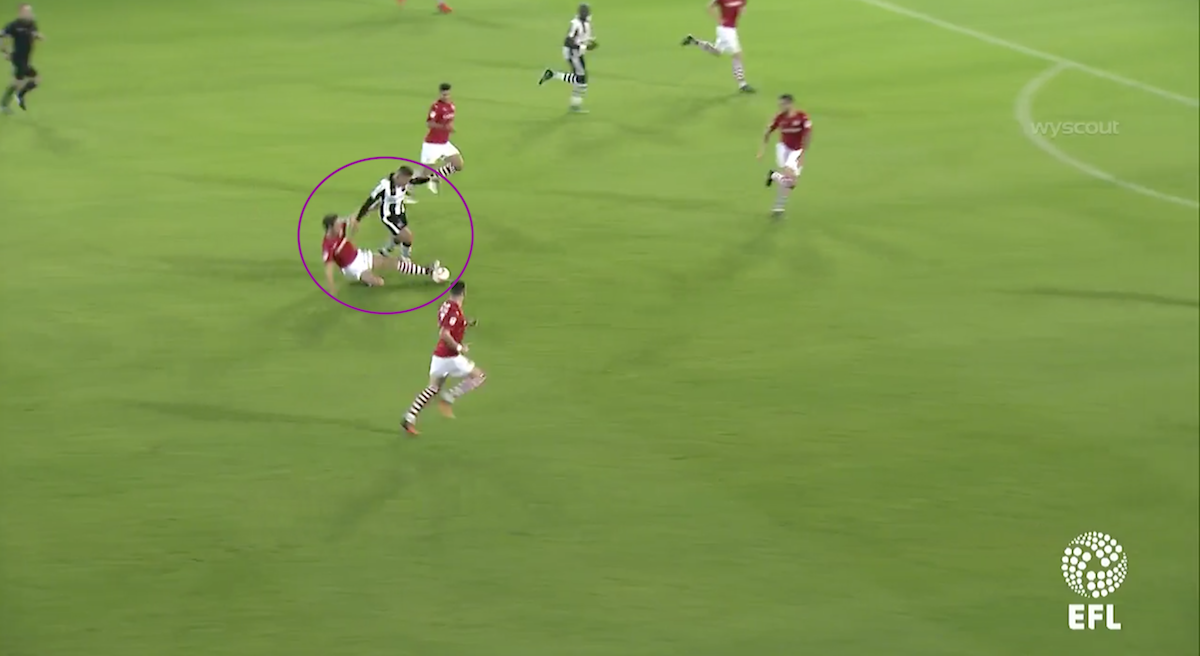 In the above two pictures Hourihane shows his tenacity and defensively ability. There is a turnover in possession and Newcastle look set to break on the counter.

Dwight Gayle drives into space, the space which is usually marshalled by the Barnsley midfield, and looks to get at the centre-backs. Hourihane is circled in the first picture and makes up a lot of ground at great pace to make a superb sliding tackle which dispossesses the Newcastle man before he’s in a dangerous position. He stops the attack, gets back up and looks to get forward.

The definition of a box-to-box midfielder.

If he is to join then Bruce could have one of the most dynamic midfields in the Championship in Lansbury and Hourihane. He usually opts for a two man midfield but with the pair having such attacking intent he may have to use a third man in there to give them a little more security – but there’s no reason it’s not a unit that could function effectively.

If the rumoured £3million fee for the Barnsley man is correct then it’s very much a reality and Villa could have won the January transfer window with such superb business.