The new Premier League season may only be a few weeks old, yet it's already put a few years on Slaven Bilić. Exhausted, demoralised and beleaguered, the West Ham manager looked like he wanted to be anywhere else as he stared out onto the pitch at St James' Park on Saturday.

Thanks to a thoroughly miserable display on Tyneside, the league table paints a grim portrait of West Ham's decline: three games, three losses, two goals scored against ten conceded. Crisis is a word recklessly bandied about in modern football, but West Ham's regression means they are flirting dangerously with legitimately being in one.

It's been a spectacularly poor start to the campaign – albeit one that has been played exclusively away from the London Stadium so far – and it's down to a variety of contributing factors. Injuries and suspensions have played their part so far, yes, but the consensus among Hammers supporters seems to be that Bilić's tactics are muddled, regressive and indicative of his shortcomings as a coach.

It's difficult to say anything but nice things about Bilić. He's honest, hard-working, intelligent and eloquent. He thinks cogently about the game and expresses his thoughts compellingly. Indeed, his post-match interviews and press conferences are among the most enlightening in the Premier League.

However, it has become increasingly difficult to defend Bilić during this wretched start to West Ham's season. We look at where it has gone wrong tactically forć and West Ham.

Bilić guided West Ham to 11th in the Premier League last season. A decent finish; nothing more, nothing less. However, their defensive problems were ruthlessly exposed at times, notably against Manchester City, who scored nine past the Hammers in two games in the league and cup in the space of three weeks.

Only five teams conceded more goals than West Ham last season and, with Winston Reid – the club's best defender by some distance – a consistent injury worry, it's fairly baffling that Bilić has not signed a centre-half this summer. Pablo Zabaleta was brought in to add experience to the back-line, but that has been the height of it.

So, it was of little surprise that Newcastle – a side who have had their own struggles this season already – tore a sorry West Ham to shreds on Saturday. As soon as the West Ham team was released ahead of kick-off, eyebrows were raised and quizzical looks were thrown towards the manager.

Rookie 18-year-old Declan Rice started at the heart of midfield. André Ayew, meanwhile, was the further left in a three-man supplementary forward line and the problems arose from there.

As early as the ninth minute, Edmilson Fernandes lost possession and the Magpies poured forward in numbers. Indeed, had it not been for Ayoze Pérez's loose touch, Newcastle may have opened the scoring there.

Then, Bilić's bold move to start Rice came back to haunt him. The teenager was caught dilly-dallying on the ball (below). He had his pocket picked and it led directly to Newcastle's opener through Joselu.

Although Rice made a valiant attempt to track back and prevent the goal, he hung his head in despair after the ball struck the back of the net. Joe Hart tried to encourage the teenager to forget the mistake, but the goalkeeper could do little about the fact that Rice was hopelessly out of his depth.

Moments later, Christian Atsu picked up possession inside his own half and drove into the heart of West Ham's midfield, or lack there of. The Ghanian, showing a rapid turn of pace, cantered forward approximately 60 yards without a West Ham player near him. He eventually got a shot on target.

Bilić took Rice off at half-time, unsurprisingly, with Manuel Lanzini replacing him, but it barely made a difference. It didn't take much for Newcastle to prise open their opponents. Two minutes after the restart, a simple flick from Joselu from a throw-in was enough to send Pérez away down the left.

Beating James Collins and Zabaleta easily for pace, Pérez was able to flash a dangerous ball across the six-yard box, and therein lay the problem for West Ham: when Newcastle moved up a gear, the Hammers were there for the taking.

Later in the half, some of Bilić's more reliable lieutenants – Michail Antonio and Mark Noble – were made to look foolish as Newcastle zipped forward impressively. A regular feature of West Ham last year was their lack of physicality up front. Too often Sofiane Feghouli and Gökhan Töre were muscled off the ball. So it would have been deeply irritating for Bilić to see Antonio brushed aside by Javier Manquillo as the hosts sprung another attack. 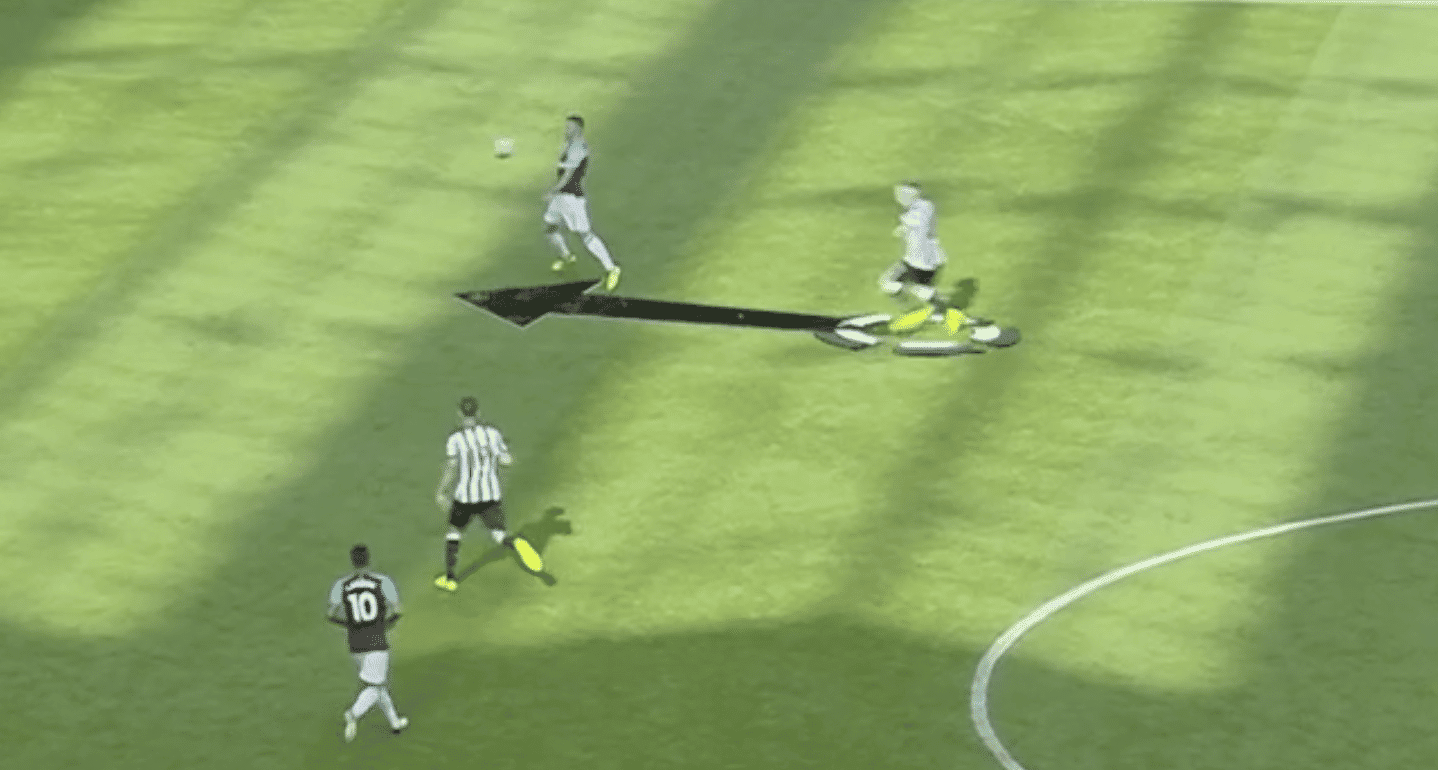 Then, Matt Ritchie toyed with the West Ham defenders. A cultured pass with the outside of his boot got Pérez in behind. The forward held it up impressively up against Andrea Ogbonna before back-heeling it the path if Ritchie who proceeded to ghost past Noble and get his shot away.

There was no organisation, no intensity and no cohesion to West Ham's play. Instead of a midfield unit, they resembled a collection of strangers thrown together without adequate instruction.

The stark contrast in hunger and desire was clear to see in the build-up to Newcastle's second. Ritchie attempted to beat Lanzini down the right, but the West Ham playmaker tidied up. Well, he should have. Instead of playing a percentage by hooking it into the crowd – something you could imagine a Sam Allardyce-coached player doing – Lanzini attempted to dribble his way out of danger.

Ritchie, in inspired form, snapped away until he won the ball (above). He passed it back to Isaac Hayden before collecting it back, crossing for Ciaran Clark to score the second and put the game beyond West Ham's reach. With such a demonstrable lack of drive, Bilić's tactics, team selection and training methods have all been placed under the microscope by the club's supporters.

Bilić gets a stay of execution

The Croatian coach's inability to influence a game once it turns south is another withering assessment of his credentials as a top-flight manager.

Pep Guardiola, José Mourinho, even Tony Pulis, these are astute footballing minds that can be both proactive and reactive. Bilić doesn't seem to fall into either category. So far this season he has been guilty of picking a team in hope rather than as the product of careful planning and examination.

On Saturday, Bilić was comprehensively out-thought by Rafael Benítez who set his players out to press high and force West Ham's error-prone defenders into mistakes. Once they did, Benítez urged his players to stream forward in numbers. It was structured, it was effective and it exposed West Ham's deep-rooted problems at the back. Bilić's inability to execute a contingency plan was telling.

With that said, though, Bilić's inability to execute a contingency plan was telling. Benítez was also under pressure, but his players performed as though they had been riled up by their coach, conducting themselves with honesty, hard work and professionalism. That West Ham were the exact antithesis is alarming.

The West Ham board have reportedly granted Bilić time to turn it around at West Ham but, unless there is a dramatic upturn with regards to both the performance and the result, his dismissal will surely become a matter of when not if.