West Ham have failed to win or even score in their last two Premier League games but have the home advantage against Southampton on Boxing Day and will be looking to return to winning ways. The Saints have struggled this season and are currently in the midst of a winless run but have been picking up a lot of draws which could concern the Hammers faithful.

We're backing West Ham to use their home advantage well and secure all 3pts on Boxing Day, just as they have done in five of their last seven encounters with the Saints. Last season, West Ham won this fixture 3-0 and have scored exactly three goals in each of their last four home games against Southampton. The visitors are without a win in their last six matches and will be expecting a tough 90-minutes in the capital.

We're predicting both teams to score this weekend as neither side have looked very good defensively of late and both teams will look at this game as a chance of making a return to winning ways. Both teams have scored in three of West Ham's and four of Southampton's last six matches in all competitions. so you can see why we're not expecting either side to keep a clean sheet in this game.

All the stats you need ahead of West Ham vs Southampton

West Ham made the short trip to North London to face in-form Arsenal last time out. The pair went in level at the break but the Gunners scored twice in the second forty-five to win the game. West ham need to improve in the final third if they are going to remain in the European places and we expect Moyes to sort out that leaky defence soon and get it back to producing plenty of clean sheets.

Southampton were away at Crystal Palace in their last game and fell behind very early on. However, goals from Ward-Prowse and Broja in the space of 4-first-half minutes put the Saints 2-1 up at the break. The Eagles equalised in the second half and the game ended in a 2-2 draw but Southampton were left rueing yet another opportunity to get back to winning ways, missed.

Southampton: Alex McCarthy, Fraser Forster, Adam Armstrong, Stuart Armstrong and Che Adams are doubts for the visitors due to injury.

West Ham vs Southampton – Your Questions 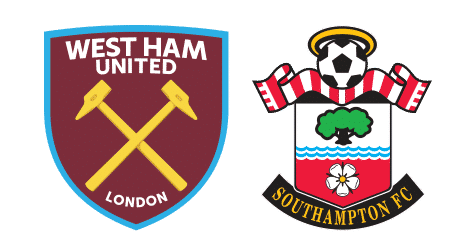