The West Ham vs Rapid Vienna in the second round of the Europa League should be interesting and we have prepared a preview of this match for you, along with free betting tips.

If you are struggling to choose a bet for the West Ham vs Rapid Vienna duel, check our top betting tips for this match:

West Ham to Win with Handicap (-1)

The Hammers have started the new season in Premier League very well and they are currently seventh in the league. Meanwhile, Rapid has struggled at the start of the new season and they are sharing the last spot in the Austrian league after nine rounds. So, it's clear why West Ham is the favourite in this match and why our prediction is for West Ham to win the game by at least two goals.

While neither of these two teams has gone over 2.5 total goals in their first-round matches, we expect to see some goals in this one. After all, West Ham averaged 3.5 goals per game so far in the Premier League, which is the highest of all teams. Meanwhile, Rapid Vienna is averaging 2.56 goals per game in the league this season, so these two teams should be able to combine for at least three goals.

Michail Antionio to Score at Any Time

With five goals in the Premier League so far, Michail Antonio is sharing the top spot on the top goalscorer list along with Vardy and Salah. The Jamaican striker also scored the first goal in the win over Dinamo Zagreb in the first round of Europa League. So, betting on Antonio to score at any time sounds like a smart move to us.

The best stats and odds for West Ham vs Rapid Vienna

If you want to bet on the top West Ham vs Rapid Vienna odds, check our selection of odds from the best bookies in the UK:

After they secured a spot in Europa League with a furious finish of the season last year, West Ham started the new season in good form once again. The team has won three of their first six games in the Premier League, along with two draws and one loss. West Ham also started the Europa League with a win, which came in Zagreb over Dinamo, a team that reached the quarter-finals of EL last season. The London team is almost fully healthy as well, with only Fredericks on the team's injury list at this time.

The current vice-champions of Austria have struggled so far in the season, especially in the Austrian league. After the first nine rounds, Rapid has two wins, two draws, and five losses and they are sharing the last place in the league with WSG Tirol at the moment. On the bright side, the team did manage to reach the EL group stages, but they lost their first round match at home to Genk. Also, Rapid Vienna currently has four injured players who will miss the West Ham duel. 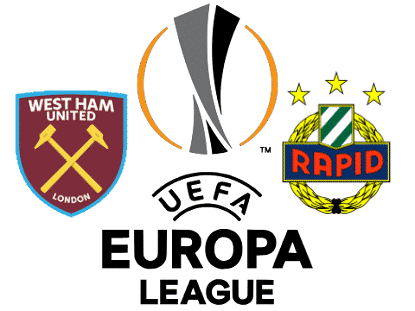