Man Utd top the Premier League table heading into the fifth round of fixtures but awaiting them this weekend is a tricky trip to London to face West Ham. The Hammers impressed last season under David Moyes and are currently only 2pts behind the Red Devils but could suffer from some tired legs after only arriving back from Croatia on Thursday night.

Our Best Betting Tips for West Ham vs Man Utd

The smart money appears to be going on an away win this weekend and we're also predicting a Man Utd victory on Sunday. The visitors have won their last three games against the Hammers and have picked up three wins and a draw from their opening four league games of the 2021/22 campaign. West Ham are yet to lose this season but after back-to-back wins in their opening two matches, they could only manage draws with Crystal Palace and Southampton.

.We're backing goals at both ends of the pitch in this game as three of West Ham's last four outings have seen both teams score and the same can be said for four of Man Utd's last five fixtures in all competitions. Both sides have only managed to keep one clean sheet apiece in the early stages of the season and we're not expecting either side to improve on that record this weekend.

Cristiano Ronaldo scored twice on his Old Trafford return last weekend against Newcastle and then followed that up with Man Utd's only goal in a surprise 2-1 defeat to Young Boys in the Champions League. If there were any doubters Ronaldo is already proving them wrong and we fully expect the Portuguese icon to get on the scoreboard once again when the Red Devils make the trip to London this weekend.

West Ham played so well last season under the guidance of David Moyes but some expected the bubble to burst early in the 2021/22 campaign. However, Moyes goes up against one of his former clubs this weekend with West Ham unbeaten in their opening four league games and already looking like they have what it takes to push for European qualification for a second successive season.

Man Utd have made a very positive start to the 2021/22 season and the early performances suggest that they could achieve their main target which was to close the gap between themselves and their city rivals. The acquisition of Cristiano Ronaldo, even at the age of 36, already appears to be paying off and could even be the catalyst Man Utd needs to make them genuine title challengers once again.

West Ham: top scorer Michail Antonio is suspended which is a huge blow for the home side, while Winston Reid remains doubtful due to a knee injury.

Man Utd: Rashford, Traore, Telles and Cavani are not expected to make the trip to the capital through injury, but McTominay and Jones could return to the squad this weekend. 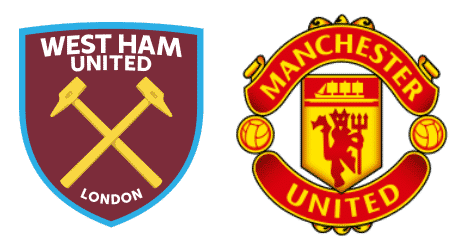