Here are our predictions for West Ham vs Genk.

Under 2.5 goals have been produced in three of West Ham's last five outings and each of those games have ended in victory for the Hammers. Genk's last game against Sporting Charleroi also produced under 2.5 goals and while the away side are guilty of having a leaky defence of late, West Ham don't tend to score a lot of goals which is why we're confident this match will be low-scoring.

West Ham pinched a 1-0 win at Goodison Park on Sunday in what was a pretty poor display from both teams. That game looked like it was going to end goalless until Ogbonna headed home from a set-piece to hand West ham all 3pts against an injury-laden Everton. The Hammers put in another strong defensive display at the weekend and we expect David Moyes' men to keep Genk from creating many meaningful chances on Thursday, in what should turn out to be a routine home win.

Genk sit 6th in their domestic table and third in Group H, so really they are going to have to be at their very best to pick up even a point from Thursday's match. The visitors have lost their last three matches, two in the league and one in Europe, so form is an issue for Genk ahead of their trip to London. It's hard to see Genk taking anything from this game unless West Ham make a number of changes to their starting eleven and the visitors get the first goal of the game.

West Ham: Alex Kral is self-isolating, while Mark Noble, Tomas Soucek, Vladimir Coufal and Ryan Fredericks could all miss the game against Genk due to injury.

Genk: Daniel Muñoz is suspended and S. K. Juklerød is a doubt through injury. 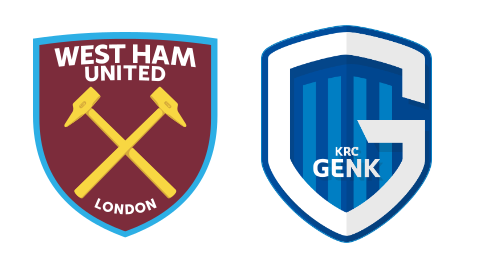